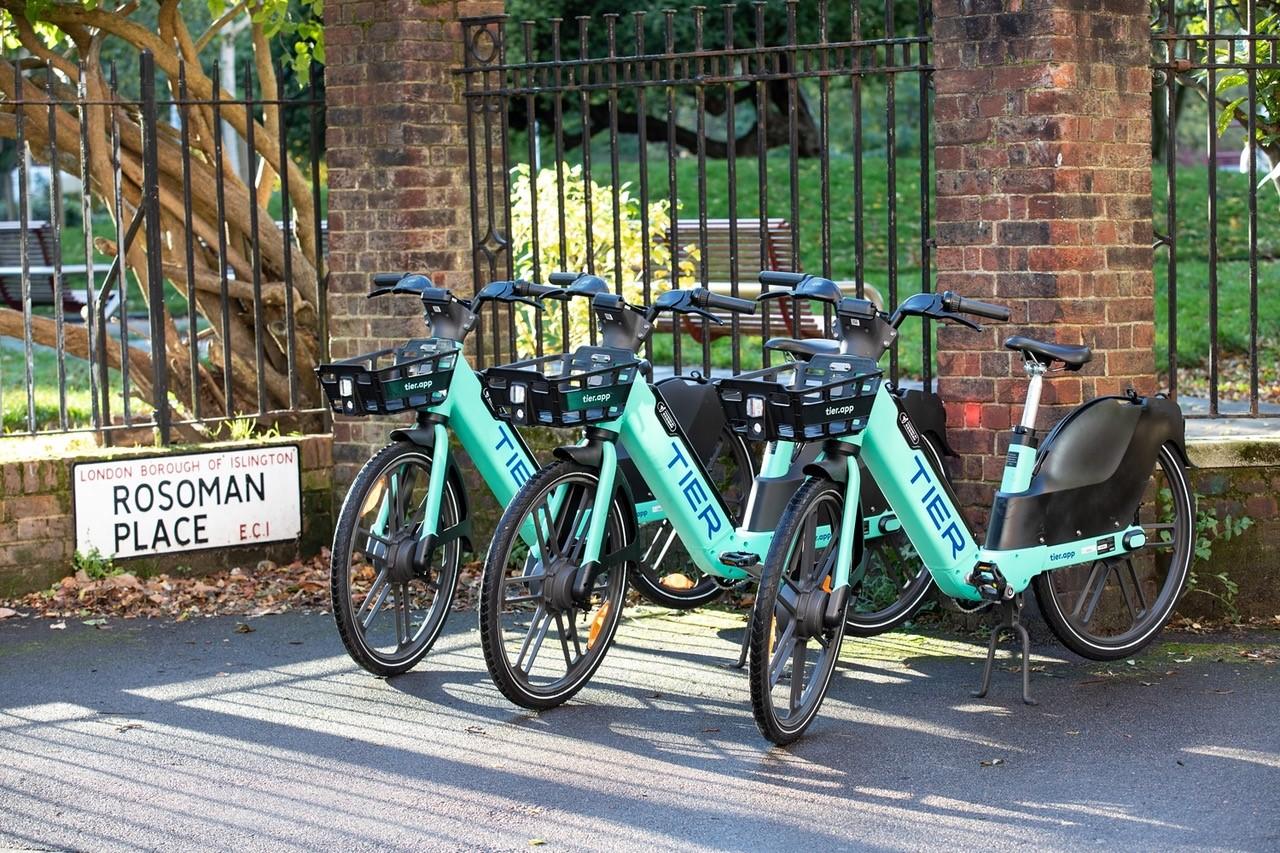 London e-scooter operator TIER partners with London Borough of Islington to deploy 500 e-bikes in the capital.

TIER – one of London’s chosen operators for the current e-scooter trial – believes its e-bikes can help cut congestion and pollution in the capital by encouraging Londoners to move around the city in a sustainable way. The company’s e-bike deployment, and its plans to launch similar schemes in the near future, could help to reduce reliance on cars, giving Londoners more choice following the recent expansion in London of the ULEZ to all areas within the North and South Circular Roads. According to the Urban Transport Group, an evaluation of e-bike schemes across continental Europe found that typically around half of e-bike trips replaced car trips.

The launch follows the successful introduction of TIER’s e-bikes to European cities including Paris and Eindhoven, as well as in the UK last April in York.

TIER’s London e-bikes will initially be available from parking bays across Islington and will be charged at the same rate as e-scooters- – £1 to unlock and £0.15 per minute riding. Regular riders, such as those using e-bikes for full or partial commutes, can benefit from day and monthly passes.

The news comes off the back of a successful Series D funding round for TIER, which saw the company raise $200 million at a $2 billion valuation and consolidate its position as the best funded micro-mobility company in Europe. This week TIER CEO Lawrence Leuschner, who has donated his entire stake in the business to sustainability causes from which he will not financially benefit, addressed global Transport Ministers at COP26 in Glasgow at the invitation of Transport Secretary Grant Shapps.

“At TIER we are passionate about cutting emissions and improving air quality in cities across Europe. We know e-bikes can play a significant role in encouraging people to ditch their cars and switch to greener modes of transport.

“We’re really excited to bring our e-bikes to London following their successful introduction in York this year. With the ULEZ expanding and Londoners thinking more about how they can travel sustainably, we want to provide them with an active and sustainable as well as accessible and affordable option to get around the city.”

“We are delighted to see access to shared bike services growing in the capital with the arrival of TIER’s e-bike service in Islington. Getting more people out of cars and onto bikes is vital to improving air quality and congestion in the city.”

Cllr Rowena Champion, Islington Council’s Executive Member for Environment and Transport, said: “We’re working tirelessly to help tackle the climate emergency by making Islington a cleaner, greener, healthier place to live.  “By enabling more sustainable modes of transport, we can make the borough a place where everyone – including the approximately 70% of Islington households that do not own a car – travel safely and easily.   “The arrival of TIER’s e-bike service in Islington will provide another environmentally-friendly, convenient and fun way to travel around our borough, and we look forward to seeing local people taking up the opportunity to use them.”