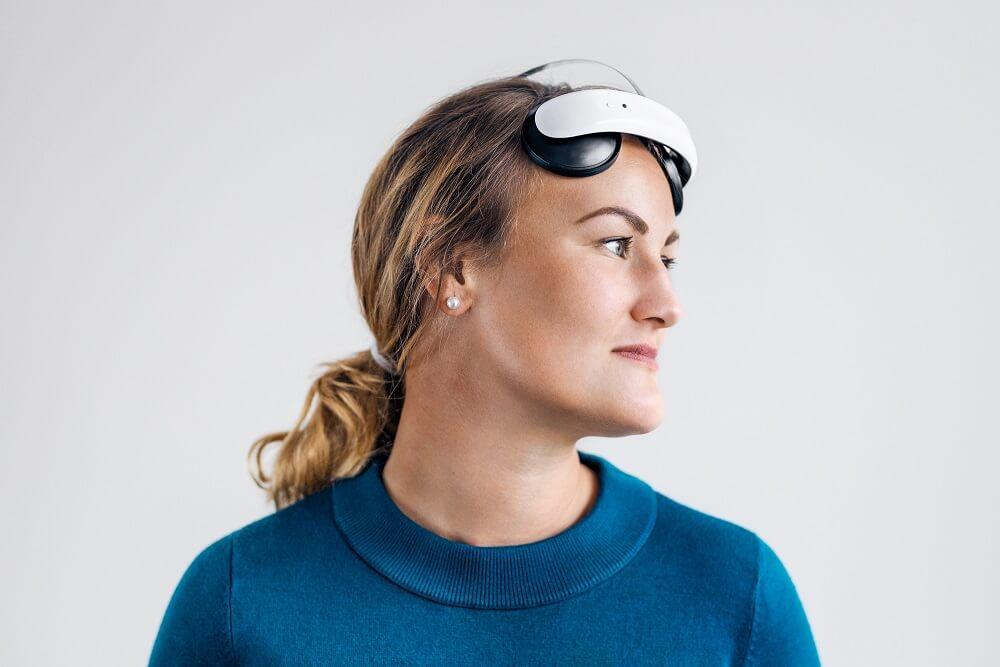 Some of the UK’s leading Harley Street outpatient clinics specialising in delivering expert mental health support have partnered with medical device company Flow Neuroscience to offer patients a new medically approved brain stimulation headset to treat depression. The type of brain stimulation used in the headset has been shown in independent clinical studies to have a similar impact to antidepressants but with fewer and less-severe side effects.

Clinics within London’s esteemed medical district, including the NHS-connected private therapy clinic The Chelsea Psychology Clinic, will now offer patients the new brain stimulation headset as an add-on treatment in combination with their traditional therapy and psychiatrist services. An additional 10 clinics are trialling the headset with the intention of offering the treatment to their patients.

People with depression often have a lower neural activity in their dorsolateral prefrontal cortex, the brain region that controls cognitive skills and emotional expression. The Flow headset uses transcranial direct current stimulation (tDCS) to activate neurons in this area and rebalance activity.

Randomised controlled trials published in the New England Journal of Medicine and the British Journal of Psychiatry showed that tDCS of the type used in the Flow headset had a similar impact to antidepressants but with fewer and less-severe side effects.1,2,3

Daniel Mansson, Clinical Psychologist and CEO of Flow, says: “Integrating the Flow brain stimulation headset with the standard practice of treating mental health is of great benefit to the patient but also to the clinician who can now provide an effective and accessible option for the treatment of depression. We’re starting talks with the NHS to have our headset available on prescription.” The Flow brain stimulation headset, which can be used at home, is the first, and only, depression treatment of its type to be medically approved in the UK and EU.

Flow recently unveiled a new therapy app to help combat depression. The free service, which is like having a virtual therapist on your smartphone, engages users with daily chat conversations and offers self-help techniques, mood tracking, curated videos, meditation and mental exercises.

Nearly one in four adults in the UK are affected by a mental illness. Suicide is the most common cause of death for men aged 20-49 years in England and Wales. The economic costs of mental illness in England is estimated at £105.2 billion annually, and one in three work sickness notes handed out by GPs are for mental health reasons, including depression.