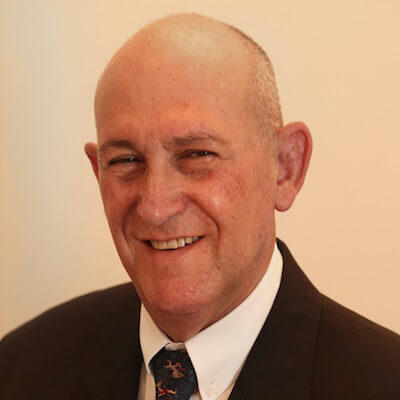 “I am the self-nominated cyber ambassador for Israel.”

That is how Rami Efrati, a former Brigadier General in the IDF and one of his country’s foremost experts in cyber security described himself with a wry smile. In a long spanning career, Mr Efrati has seen Israel run to the head of the pack when it comes to cyber security. ‘The Israeli Way,’ as the talk was entitled, has seen the small Middle Eastern state become a world leader and punch far above its weight. With a knowledge base that far outstrips most experts across the globe, Mr Efrati spoke from memory of the shift that he had seen. Back in 2002 the government of the time set up the National Information Security Authority. As the civilian market evolved, so too did the approach of the defence and security services and, eventually, the Israel National Cyber Directorate was born.

Unlike other governments, the current Prime Minister took a direct interest in this new directorate and placed it under his direct responsibility. This made it a priority issue for policymakers, and allowed for more affective cooperation and coordination between the public and private sectors. It has nurtured cooperation between officials and experts, politicians and businessmen, academics and the military that has been the key to Israel’s success, Mr Efrati explained.

This early decision to prioritise cyber security is now starting to bear real fruit. The private sector has seen a recent, dramatic evolution, but so too have the hackers, leaving many governments scrambling. Businesses are investing heavily in their cyber security, which is no surprise, but governments are not. Although an expensive endeavour for the taxpayer, Mr Efrati argued that having a nation with strong cyber security paid dividends in the long run.

The novel health crisis, Mr Efrati pointed out, had also changed the game and shifted the focus of hackers. Disinformation on the virus has become the new norm and, with the global need for a vaccine in record time, hackers are no longer prioritising key national infrastructure or private databases. The focus is now on gaining access to public health records and big pharma companies.

Mr Efrati hypothesised that Pfizer and BioNTech, the companies that recently buoyed the world with news of their successful vaccine trial, had likely been hacked, as had their competitors. Whether they were aware of this or not is another matter. In a rather ominous statement, he said that “hackers are patient” and many would now be watching and waiting for the right time to strike. This is where government steps in.

The Israel National Cyber Directorate could effectively identify the threats and provide support to such companies. It did not matter whether they were larger pharmaceutical companies or smaller biotech startups, Israel has the structures in place to help. They were in effect a supporting wall behind the companies and, through cooperation, the public and private sectors would learn from each other and develop stronger techniques to stop cyber attacks.

This experience is where the value of Israel’s cyber knowledge to other countries came into play, Mr Erati surmised. Global cooperation was now key and just as hacking is about teamwork, with the perpetrators sharing scripts and knowledge, so too is effective cyber security.

Citing that often-used menacing line from Game Thrones, Mr Efrati warned that “winter is coming” as the threat of attacks grow. As this threat grows, so too does the need for urgent tough action. Israel, he said, was ready and willing to cooperate and work with its allies to ensure that, together, they could stave off a cyber security disaster.