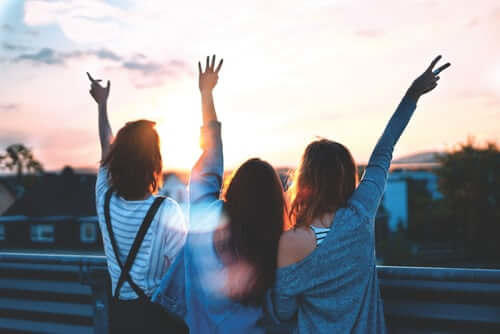 The same names regularly appear in global rich lists, but new research has revealed that the likes of Lord Sugar and Richard Branson no longer motivate and inspire the UK’s younger generation. According to findings from Entrepreneur First, the talent investor, over three-quarters (76%) of 18-30 year olds lack relatable entrepreneurial role models who correspond to their values, despite more than half of respondents relating to the typical values of one.

The global study into ambition, which was conducted with over 10,000 respondents across UK, France, Germany, India, Singapore and Hong Kong, goes onto reveal that whilst they lack inspirational role models, the younger generation are no less motivated. In fact, more than one in two (58%) 18-30 year olds in the UK believe they are more ambitious than their parents’ generation and almost half see setting up their own business as the best way to truly deliver against their ultimate professional ambitions. Added to this, over a third of respondents now believe that new startups have a greater propensity to change the world for the better, rather than larger more established companies (25%) or government (18%).

Despite this, there is a dichotomy between the ambitions of this generation and their hopes of achieving them, with less than half believing they will be likely to set up their own company. The data suggests that it’s not just a lack of entrepreneurial role model that’s holding back 18-30s either.

Financial worries are a factor, with 41% feeling concerned by the risk that they might be worse off financially and 39% lacking the access to capital in order to embark on their ultimate life and career ambitions. Uncertainty around knowing how to go about pursuing their ambition is stopping 37% of respondents and the same amount fear the lack of stability that could come as a result. Over a third are held back by the fear of failure, whilst just under one in five don’t pursue their ultimate ambitions because of the pressure to conform to social conventions around careers and life stages.

The study goes on to indicate the impact that this is having on 18-30 year olds, with almost one in two respondents (47%) feeling as though they have experienced, are experiencing or might experience a quarter life career crisis. Over one third (37%) don’t believe they are meeting their full potential in their current situation and a similar percentage (34%) wish that they could make a greater impact in life than they are currently able to.

Matt Clifford, CEO and co-founder, Entrepreneur First comments: “The next generation of talent in the UK is evidently ambitious, but is being held back by a lack of role models. Lord Sugar and Richard Branson are rightly respected for what they’ve achieved, but if the next generation can’t relate to them, surely it’s time to retire these individuals as the go-to entrepreneurs?

This is critical for global business and innovation or we risk the world missing out on some of its best founders.

“It is our responsibility to empower those with the talent and propensity to work hard to become leaders in their field. We launched EF in order to create a place where ambitious people can forge their own entrepreneurial journeys, and realise their potential. The UK needs to be confident that it can produce the next wave of founders, who can create something impactful that changes the world.”

Professor William Knottenbelt, Director of Industrial Liaison for the Department of Computing at Imperial College London commented: “At Imperial we’ve definitely noticed our students becoming more entrepreneurial over the past decade. Indeed, a significant and growing number of graduates are grasping the opportunity to start and run their own business ventures. In doing so, they are able to generate impact and value on a scale that simply wouldn’t be possible if they had opted for the safer route of regular employment.”

Reid Hoffman, co-founder LinkedIn said: “I’ve always believed that technology entrepreneurship is one of the best ways for people to have an out-sized impact in their lives and their communities. It’s great to see that this belief is increasingly shared by ambitious individuals around the world. Talent is everywhere, but opportunity is not, which is why I’ve been excited to see and support Entrepreneur First’s rapid expansion across the globe.”

Research was conducted by Censuswide an independent market research consultancy, with 2,003 respondents aged 18 – 30 in the UK between 09.05.2019  and 19.05.2019. Censuswide abide by and employ members of the Market Research Society. All survey panellists are double opted in, which is in line with MRS code of conduct and ESOMAR standards.