Niall Carroll: Taking Traditional Industries to the Next Level Through Disruptive Technologies 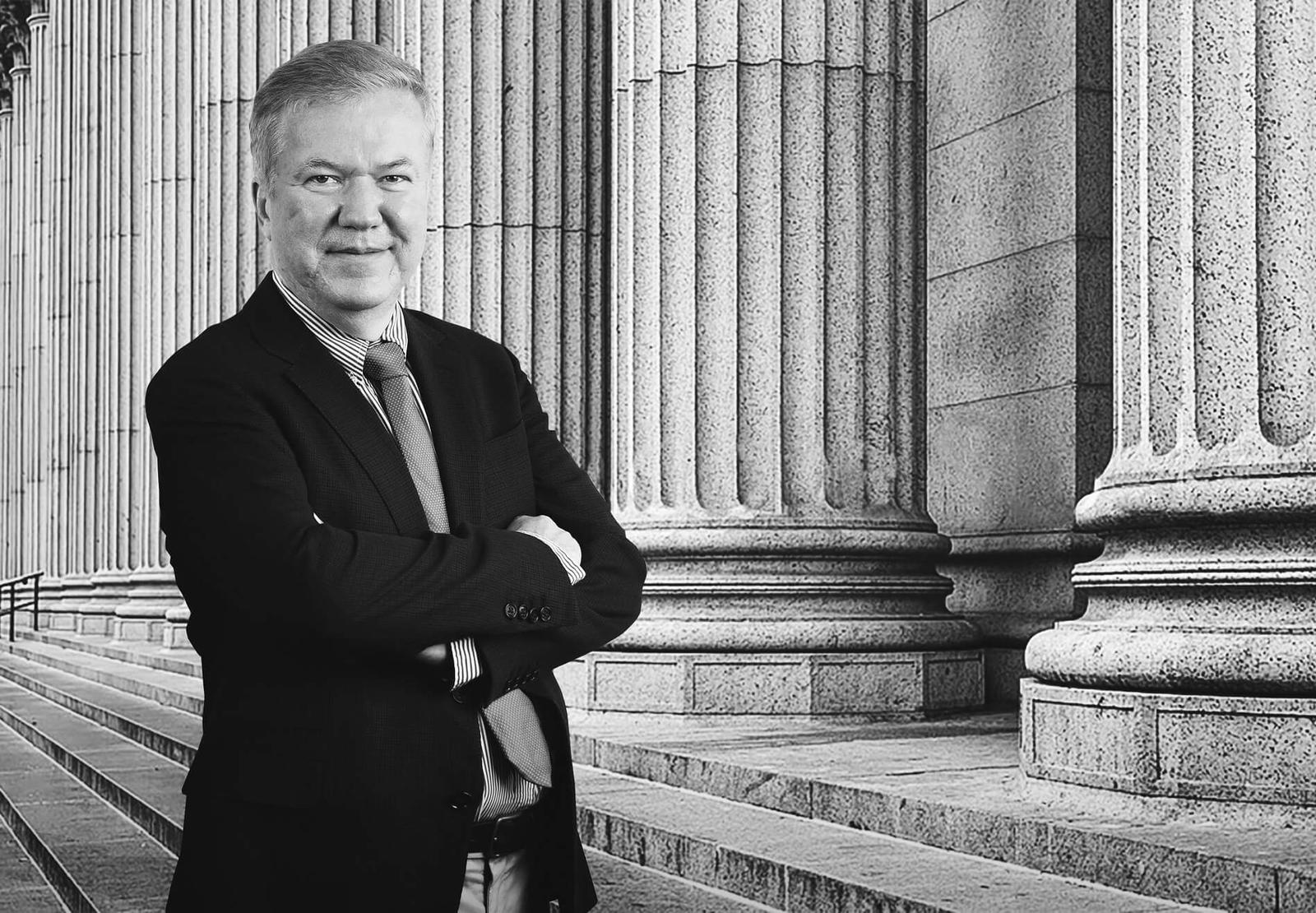 Disruption is fast becoming a concept that traditional industries need to embrace. But as efforts to foster innovation and create new profit centres emerge, many established businesses run into organisational inertia and resistance from stakeholders, who often balk at ideas that challenge the “status quo.”

Industries like entertainment, telecommunications and banking have seen disruption alter their landscapes in relatively short time spans. The emergence of streaming channels like Netflix, Disney+ and Amazon Prime have transformed the way in which we watch programs. FaceTime and Skype mean you can stay in contact with anyone anywhere in the world and see exactly what they’re doing. Online banking is now the norm and the move from banking institutions to recognising and accepting cryptocurrencies as assets only further cements a global movement towards digitalisation as a new standard.

For Niall Carroll, a South African entrepreneur and veteran investor, the necessity to adopt disruption is vital to every investment he makes. As the chairman of CG Tech, an investment holding company operating in countries, Carroll oversees a varied portfolio in both traditional industries like oil and gas, construction, power and utilities, as well as in more progressive markets such as virtual reality, entertainment and sound stages. Carroll draws on his corporate expertise and experience to explain how industries and the players within them can successfully transform themselves, and establish their own innovation arms – something he believes is essential to the process.

“Technology and a willingness to innovate is what currently powers every market. Traditional industries who refuse to try new ways of working will be left behind. The key is to establish where you’re best placed to disrupt,” explains Niall Carroll.

The Importance of Traditional Industries

It can be easy to get lost in all the hype surrounding the latest gadgets, NFTs and whatever Tesla is up to these days. But interestingly with all the talk surrounding the growing knowledge economy, well over 50 percent of the global GDP still comes from traditional industries, many offering the materials and infrastructures upon which everything else is built.

While it’s not considered sexy to talk about the US Postal Service, the producers of minerals or electricity companies, unless they’re in a scandal, the truth is we need them all. Without their unique chemical, electrical and mechanical properties, the materials needed to create the solar panels and EV batteries powering the green economy wouldn’t exist. From raw materials to finished products and services, no amount of creative thinking can replace them.

But the issue with many of these traditional industries is complacency. A sense of being too big to fail takes hold and leaders quickly find themselves at a severe disadvantage from disruptions that have slowly crept in. There is a real necessity here to be open to change and more importantly innovation. Niall Carroll has been a witness to many businesses who have failed to recognise this essential principle.

“I have seen this mindset in many of the industries we operate in,” says Carroll. “I remember having a conversation not so long ago with a successful  executive in the construction industry who proclaimed that there had been no major innovation in scaffolding since the late 1960’s and there was no point in trying anything new. He was basically saying that all the technological advances of the past half century had nothing to contribute to the construction industry.”

For Carroll the statement could not have been less true. CG Tech had  acquired a scaffolding business a few years earlier and the senior team has subsequently rolled out a comprehensive digitisation programme that covers every aspect of the business, including project visualisation, training, data capture and analysis using drones, and remote work.  Proving it is never enough to be satisfied with the way things have always been done.

“Ongoing innovation requires radical changes in processes, skills and technologies. But it starts with the right mindset,” explains Carroll.

It is commonly thought that to ensure innovation, all you need is the right kind of leadership. But according to Niall Carroll, that’s just the first step and will only get you so far on the journey.

“You have to make sure that the layers of your organisation, especially those involving employees who are actually delivering value to clients, are set up the right way,” he says.

Carroll believes this includes taking a hard look at processes and bureaucracy, eliminating as much of it as you can. It’s not enough to just have forward-thinking leaders, Carroll argues that you need to constantly be enticing fresh talent to all positions within your organisation. Empowering them at every level by giving them the time, space and authority to be innovative.

“The best employees want to be empowered to innovate,” says Carroll. Adding, “Often the best innovation comes from the front of the line.”

While it has often been thought that knowledge is the key to innovation, this isn’t always the case. In a 2015 study, psychologists extrapolated a link between entrepreneurship and regional culture, finding that predominant attitudes and norms can be a leading factor in an individual’s determination to pursue business opportunities.

This fits perfectly into Niall Carroll’s unique brand of entrepreneurship, where the fostering of the entire ecosystem plays an important role in each company’s success.

Last year Al Laith, a construction and services company in the CG Tech portfolio, was tasked to construct field hospitals as part of the UAE government’s response to help deal with the COVID-19 pandemic. The timescale was tight with a timeline of just a few weeks, but the Al Laith team was determined to succeed. Employing rapid construction capabilities as well as state-of-the-art scanning technology also provided a blueprint which could help rapid builds of   emergency projects in the future.

“When we were approached with the project, I thought I don’t know how we are going to do this, but we just have to”, explains Jason English, the CEO of Al Laith. “We were able to complete this enormous project in just 20 days. That speaks to the incredible capabilities of our team.”

The project is one that Al Laith and Carroll are particularly proud of, as it illustrates what can be done when the right attitudes combine with smart technology in a way that benefits and serves thousands of people.

In a 2019 article by McKinsey, the authors state that, “To guard against disruption, established companies should launch new businesses that have start-up–like freedom — along with access to advantages that start-ups usually lack.”

The right team and culture, bolstered by technology, is the secret sauce to CG Tech’s success and Niall Carroll believes that by building an in-house innovation arm, holding companies can transform the way they do business, helping to deliver innovative solutions across their entire portfolio.

“Technology will play a role in almost all industries. The moment leaders stop thinking of it as a differentiator and rather a core competency that’s essential to success, the innovation flywheel is made possible,” says Carroll.

It’s a strategy CG Tech is effectively employing with their own digital arm, The Virtulab, a company dedicated to solving emerging challenges within the group and beyond, including powering the technology used by Al Laith to improve construction capabilities. Their team is also the brains behind the Virtuworx platform, currently being rolled out as an avatar-based digital solution for remote work and events, a concept originally conceived to help train oil and gas engineers in a virtual environment.

CG Tech’s internal innovations have led to new business opportunities in both traditional and non-traditional industries, including virtual reality, remote work, entertainment and more. The Virtulab is either brought a challenge or is able to approach the group with an innovation and then look for meaningful ways to apply it within the portfolio.

“This innovation arm can go on asking tough questions: How might we disrupt traditional ways of doing things? What other industries can we learn from? Can we challenge ourselves to try something different?” explains Carroll.

Niall Carroll is not satisfied resting on his laurels. He believes that every achievement, and even failure, is a further step in  powering the CG Tech team’s next move. The chairman’s advice is sage and can be used as the blueprint for companies looking for ways to effectively incorporate and manage disruption in the future.