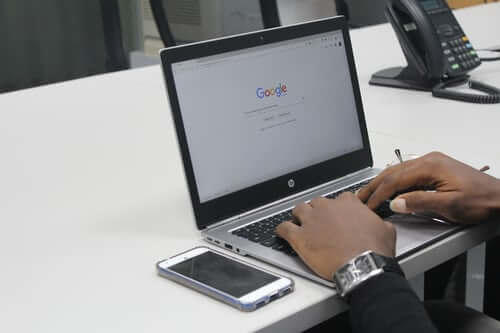 Have you ever wondered what the wealthiest domains are? Fasthosts have compiled the Wealthiest Domains Rich List featuring the top 100 most lucrative websites on the internet:

Unsurprisingly Google and YouTube (which is owned by Google) are crowned the internet’s richest domains, coming in joint first place with an eye-watering estimated value of over $102 billion. Despite an almost 50% drop in worth from Google and YouTube, Chinese online retailer TMALL comes in second place, with an impressive projected value of $59.3 billion.

Amazon however misses out on a top ten position with its wealth of $4.78 billion, placing it in 11th place. Despite this, Amazon has six domains that feature in the Rich List, with a combined worth of $13.339 billion Meanwhile Google has 20 domains on the list which have a total collective value of over $129 billion. The top 20 Richest Domains are:

Tech sites make up over 40% of the Richest Domains Top 100 with sites like Facebook, Baidu, Weibo, and Reddit all making it into the top 20. Meanwhile, the ecommerce and news sectors have also fared well with 21 and 15 domains respectively on the list. Chinese ecommerce companies Taobao and JD both made the top 10, as did news and media domains QQ and Sohu.

Perhaps surprisingly, Amazon missed out on a top 10 position, with its wealth of $4.78 billion placing it 11th. In contrast, photography, jobs and sport sites have the fewest appearances. US stock photography site Shutterstock comes in 85th place, worth an estimated $946 million. Meanwhile indeed.com is the only jobs site to feature on the list, in 86th position; and espn.com is the only sport domain, at position 92.

The travel sites that made the list of richest domains are Tianya, a Chinese internet forum, worth $3.25 billion, coming in 35th place, and booking.com, coming in 92nd, with an estimated value of 922,000,000. Other notable companies that have made the list include Netflix (15th) and Zoom (16th), both of which have seen huge successes over the world since lockdown.