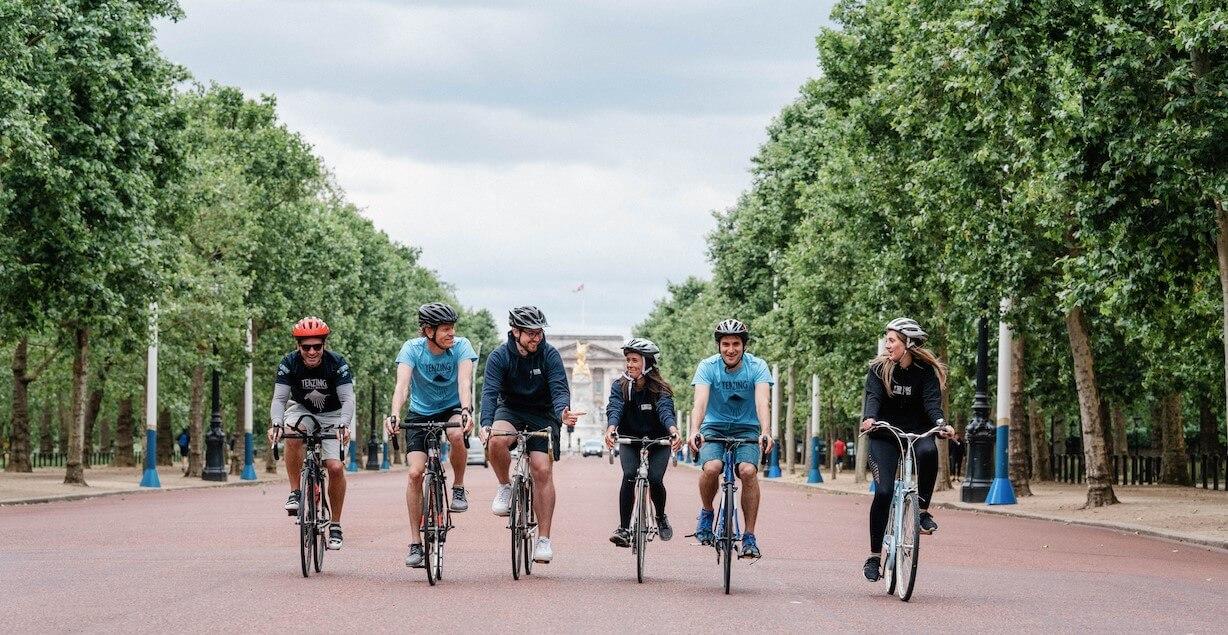 TENZING Natural Energy, the drinks brand behind the ‘TENZING Clean Air Tracker’, has added functionality to its free mobile tool for cyclists and pedestrians; making polluted air visible for millions of Londoners.  The TENZING Clean Air Tracker launched on 4th July 2019 with the aim to help active Londoner’s find clean air running routes. Since then, over 125,000 runs have been logged, with 42% (53,000 runs) since lockdown began on 23rd March 2020.

With this dramatic increase in demand for ‘clean air fitness’, TENZING is excited to announce that it’s increasing the offering to cyclists and pedestrians, as well as runners; to help Londoners adapt to the ‘new normal’.

“We’re doing all we can to make sure people have the option of an energising drink that’s free from chemicals and nasties, so why should that be any different for the air you breathe?”

The UK has experienced a 300% rise in the number of people cycling and an estimated tenfold increase in London, making it now even more important for people to track the quality of the air they breathe.

“I’d encourage everyone to use this tool to find the quietest and lowest pollution routes for their commute, whether you’re running, walking or cycling.”

Runners and cyclists breathe more heavily and are at higher risk of flooding their lungs with toxic pollutants. TENZING’s mission is to raise awareness about this and ensure people can exercise safely with the cleanest air possible.

Did you know… Your intake of pollution varies dependent on whether you’re cycling, running or walking. The ventilation rate for running is 3.5 times more than walking, and cycling is 1.86 times more than walking. If you have a cyclist, runner and walker all on the same route, the average air quality will be the same, but the dose for each will differ.

About The ‘Tenzing Clean Air Tracker’

An Air Quality Score automatically appears on the user’s STRAVA profile after every cycling, running or walking activity. This knowledge enables them to edit future routes; potentially cutting life threatening pollution exposure by up to 50%. By choosing less polluted routes, which are also likely to have fewer vehicles, cyclists are not just protecting themselves from pollution but increasing their level of safety from road accidents.

In addition to monitoring the live air quality, the tracker will also suggest alternative clean-air cycle routes for popular commuter journeys in London.

The launch comes at a time when the Mayor of London is in discussion with his cycling commissioner, Will Norman, to create a ‘bike tube network’ as part of the government’s £2 billion investment plan for greener travel. TENZING is hoping it’s tracker can help lead people to locations that have better air quality.

“Cycling is a fantastic zero-emission way to get around the city. We have a window of opportunity now to reconfigure our cities to be friendlier for walking and cycling.”

Did you know… London reached its annual limit of harmful levels of air pollution just two months into 2020. A monitoring station at a “toxic hotspot” in Vauxhall picked up concentrations above the legal limit just 40 days into the year!

With poor air quality an issue in other major cities across the UK, TENZING is planning  to extend the Tracker to people nationwide in 2021, ensuring that anyone can search for clean air. This map shows 4 major cycle routes into Central London and how by tweaking the route, users of the tracker can greatly improve the Clean Air Quality score of their journey. 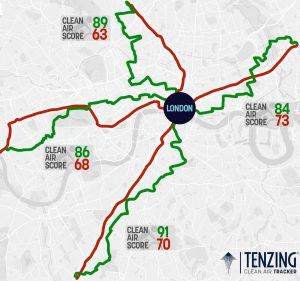 * The Capital’s toxic air pollution is the cause of thousands of early deaths each year from lung and heart disease. Around 40,000 deaths are attributable to exposure to outdoor air pollution which plays a role in many of the major health challenges of our day. In the UK, these costs add up to more than £20 billion every year. RCPCH.