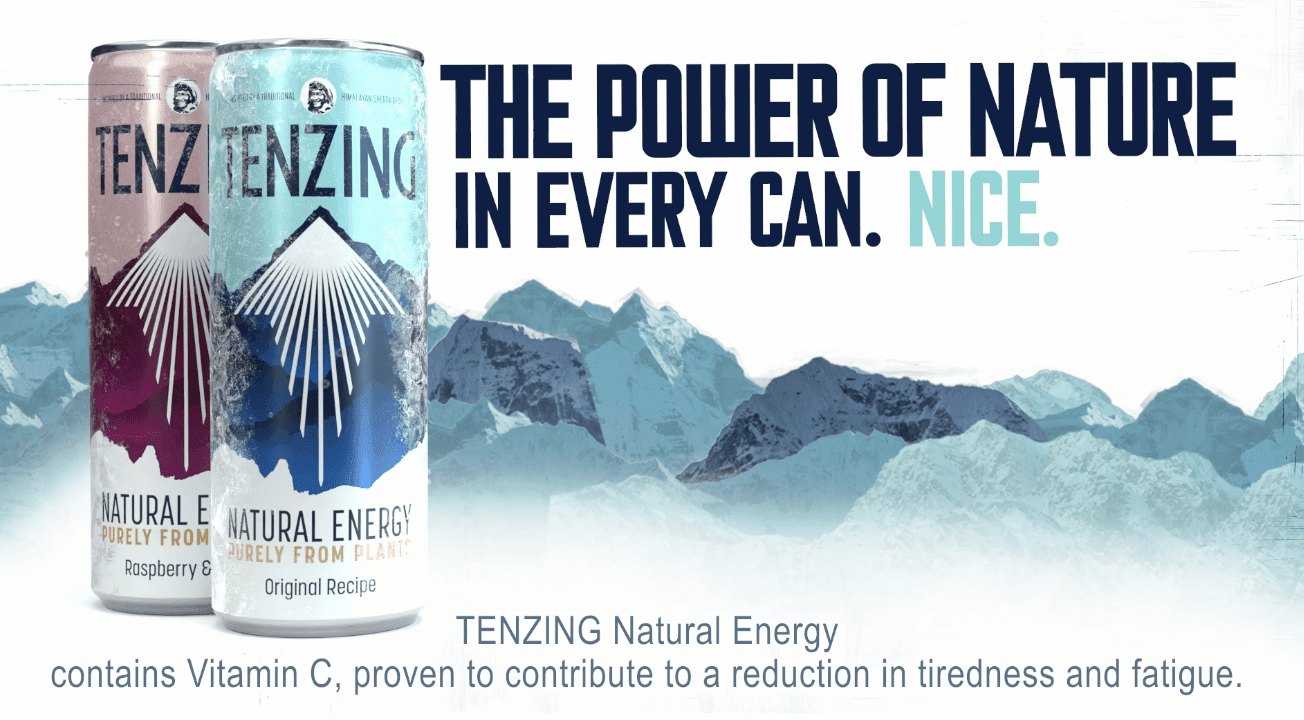 Where most big business has chosen to budget hard in a bid to protect their bottom line, the plant-based challenger brand in energy drinks, TENZING, is opting to double down on its efforts.

TENZING Natural Energy launched four years ago after the founder discovered the plant-based energising brew of the Himalayan Sherpa’s. It’s since been the fastest growing brand in energy for three years in a row. Like many businesses it now faces challenges, but they have decided to tackle them head-on, by launching their first ever nationwide TV campaign.

Huib van Bockel, founder of TENZING said “In normal times we would not have been able to afford a campaign, but because most major brands have reduced their budgets, the advertising rates have gone down so significantly that we’re now able to air our first ever TV campaign. Purely from a business perspective this makes a lot of sense for us, where normally we would be drowned out by the industry titans, our healthy energising alternative can now cut through. When the big dogs stop barking other voices get their chance to be heard.”

TENZING has chosen Channel 4 as its partner for their campaign. Van Bockel: “TENZING is challenging the global energy drinks with a plant-based alternative. In these trying times we decided to be brave with our budget and push on with campaigns, rather than be overly conservative. We strongly believe all businesses should take responsibility and do everything they can to keep our economy going. For this we were looking for a like-minded media partner and we found that in Channel 4. We are extremely proud to be the first partner in the venture program supporting UK businesses. We could not be more excited to see our own brand on TV and Channel 4 for the first time in its fledgling history.”

Tenzing’s Power of Nature TV campaign is set to reach 80% of the UK population of 16-35-year olds over 9 weeks spanning June, July and August. Supporting their campaign on Channel 4, the Natural Energy brand is also targeting its key demographic on Youtube, and Google with their new video, telling the story of Sherpa Tenzing and the natural, energising brews of Himalayan Sherpas.

Van Bockel remarked: “Telling the story of Sherpa Tenzing is something extremely close to all our hearts. When I first met the family in Nepal, his love for nature and humility shone through as much as what he used to help fuel his legendary ascent. We’re proud to carry his name, and we’re proud to tell this story for the first time to UK television audiences.”