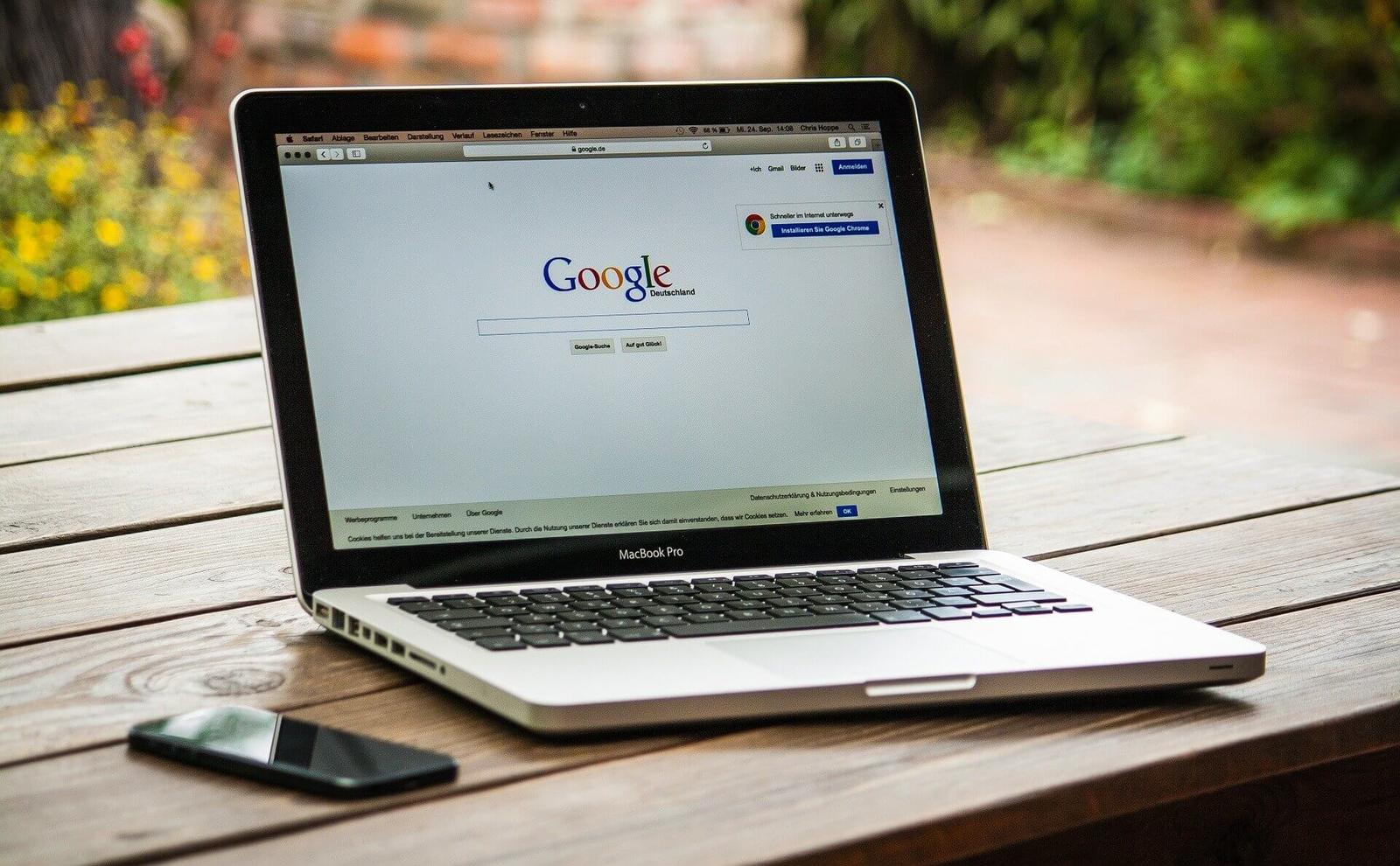 Regardless of where they live, people have been looking for the same thing, they wanted to watch blocked videos on YouTube the most. Yet the platform’s popularity this winter is not the same as it was last summer.

The latest research by the cybersecurity company NordVPN analysed Google search terms containing the keyword “unblock” for countries around the world in the periods of June 2020 – July 2020 and December 2020 – January 2021. They found that the key phrase ”unblock YouTube” now represents 78.7% of all searches, compared to 82.7% in the summer. The difference means a drop from 113K to 81K monthly searches. 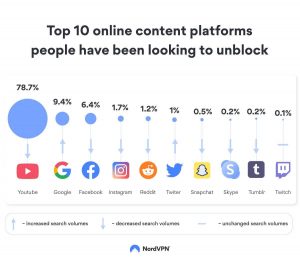 YouTube is the second most visited website on Earth, and it also has a great respect for copyright, making content restricted based on the geo-preferences of the author. Additionally, user-generated content rarely slips past the restrictions imposed by censorship. “When stumbling upon a message saying that a certain video is unavailable in their region, people flock to Google to search for workarounds,” says Daniel Markuson.

“The explanation is rather simple: countries where students can’t access YouTube, Facebook, or Instagram while at school generated less traffic because of the lockdowns. On the other hand, we see a significant increase in search volumes of the key phrase “unblock YouTube” coming from Indonesia (17%) and Turkey (2%),” says Markuson.

According to the research, these three countries account for one fifth of all global “unblock YouTube” traffic, and the volumes coming from Indonesia are twice as high compared to the summer. Internet users from Turkey generated three times more queries.

“Internet users from Indonesia and Turkey are either trying to bypass censorship or overcome geo-restrictions imposed by content creators,” says the digital privacy expert.

An interesting shift has been observed in India. In the summer, its citizens generated 6.5% of all searches looking for ways to circumvent the YouTube bans, which made the country the second on the list by search volumes. Now, the interest coming from the country has shrunk eightfold.

“Lifting the internet bans over Kashmir last year must have served the trend. On the other hand, the Indian government banned 220 Chinese social media apps, including TikTok, starting June 29, 2020, so people might have shifted their attempts to overcome the restrictions on the internet elsewhere,” says Daniel Markuson. 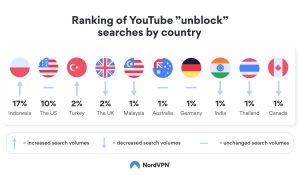 While the overall interest in unblocking certain online content has dropped, queries associated with the key phrase “unblock Google” have soared by a fourth this winter, and Indonesia stands out by the number of people looking to get unfiltered access to Google. The country accounts for 31% of “unblock Google” searches. 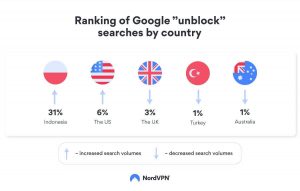 “Last year was eventful in attempts to limit access to the internet or certain services. And attempts to “unblock google” on Google are not as absurd as they might first seem. People don’t just want Google, they want to have Google that is not limited, censored, or eavesdropped,” explains NordVPN’s digital privacy expert.

Indonesia is on an ongoing quest for content that should or shouldn’t be available to its citizens. Just recently Indonesia’s Constitutional Court rejected a motion to expand its broadcasting law that would put content creators on digital platforms like YouTube, Instagram, or TikTok under the same scrutiny and censorship regime as the local radio and television broadcasters. Under the 2002 law, the stations must ensure that their content contains educational material, upholding the moral, religious, and cultural values of Indonesia, and avoid slander, hate speeches, or pornography.

NordVPN researchers used Google’s search term analysis tools to search terms including the keyword “unblock”. Apart from global trends, search volumes were also checked by country. The analysis was based on search volumes over a period of 30 days. Time frame: December 15, 2020 – January 15, 2021  and June 15 – July 15, 2020.