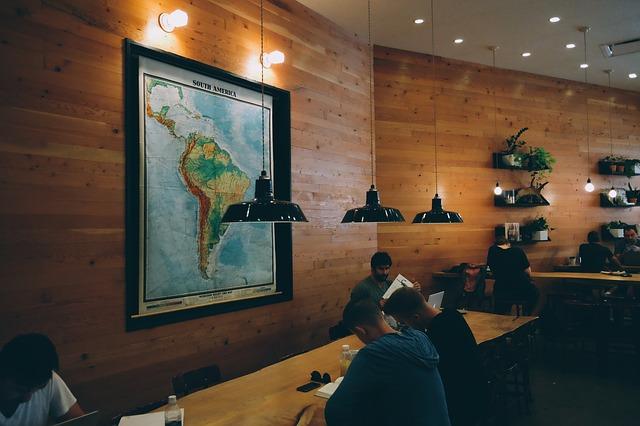 WeWork (NYSE: WE), a leading flexible space provider today announced they are including MADE51, a UN Refugee Agency brand that brings refugee-made products to a global market, as a WeWork decor supplier. Through this action, announced following World Refugee Day, WeWork will introduce several of MADE51’s refugee-made décor accessories into select locations in all regions in which it operates by the end of 2022 with the goal of championing opportunity and awareness through design.

The UN Refugee Agency recently announced that a record-breaking 100 million people worldwide are living forcibly displaced from their homes, often requiring these refugees to abandon their livelihoods and rebuild their lives. MADE51 works to empower refugees, particularly artisans, by providing them an opportunity to utilise their knowledge and craftsmanship to achieve economic independence while preserving their cultural heritage.

With initial launches across the United States, London and Paris, WeWork will introduce several MADE51 decor accessories across all of the regions in which it operates by the end of 2022 through new building openings, refurbishments and upgrades to member spaces.

This effort underscores WeWork’s dedication to making a positive impact by sourcing its spaces with purpose and designing them to represent, expand and unite its global community. WeWork also intends to inspire other companies to source refugee-made products through MADE51 and will raise awareness of the brand amongst its members.

“At WeWork, we design our spaces to reflect not only our core values as a company but the vibrant cultures of the communities in which we live and work,” said Ebbie Wisecarver, Global Head of Design at WeWork. “We are proud to bring MADE51 products into our spaces, leveraging the ability of art and design to bring people together and illuminating the resilience and talent of refugee creators.”

“We are excited to see MADE51 products being brought into WeWork spaces and to have WeWork showcase MADE51 as an innovative model that enables refugees to earn income through craft. WeWork’s promotion of MADE51 to their members also holds great potential – it can help bring in new corporate partners and increase the number of orders placed, thereby helping to create meaningful impact for refugees,” said Heidi Christ, Global Lead of MADE51 at UNHCR, the UN Refugee Agency.

This support of MADE51 is an extension of WeWork’s existing partnership with UK for UNHCR. WeWork has helped to support and scale the UK for UNHCR’s celebrations of World Refugee Day since 2018 and provided free workspace for the charity to operate since 2019.

Emma Cherniavsky, Chief Executive of UK for UNHCR said: “It’s truly inspiring to see this innovative collaboration between WeWork and MADE51 to support refugees and internally displaced people in different parts of the world. We value our partnership with WeWork and we’re delighted to see their support of the refugee community continuing to grow with MADE51”.

“After the 24th of February, some of our team members were forced to leave Kyiv,” said Alexander Mazurkin, Project Manager at SKL International, one of the organisations supported with space in Warsaw, Poland. “Our team members were in a difficult emotional state, and the WeWork office and its environment helped to pull us together as a team, allowing us to continue our work supporting Ukraine and Ukrainian local authorities.”