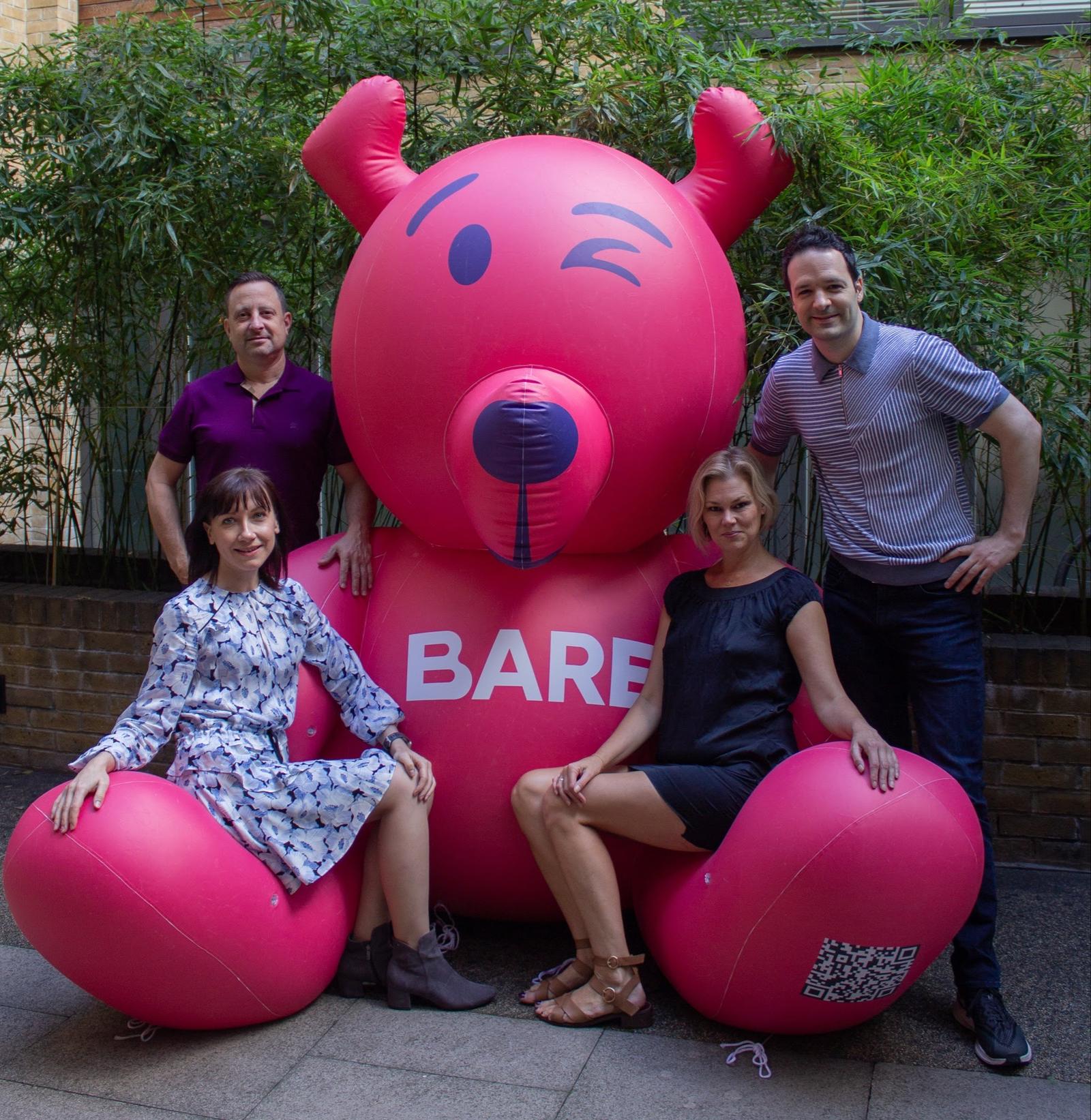 New London based dating app BARE has just completed an incredibly successful Seedrs campaign, crowdfunding just shy of $500K. Public demand for a community with honest intentions and dating without shame or judgement has backed the casual dating app, which empowers some users to reveal as much or as little to matches as they want. BARE’s safe and inclusive platform has achieved a staggering 172% of its fundraising target, with 100% raised in just three days.

BARE soft-launched this summer in the United Kingdom and has secured over 11,000 downloads to date. The opportunity to invest in an app like BARE that empowers its users to feel good in their pure authentic selves is so unique, shaking up the industry and giving users exactly what they want. BARE provides a safe space with true liberation from judgement that advocates for honesty, whilst experimenting with their romantic and sexual selves. Its values of honesty and safe inclusive fun draw in a new audience and empower users to be confident and sexually aware, especially in an era when lives are constantly digitally on display.

Alex Sergent, CEO and Co-founder of BARE, says: “The Seedrs campaign has proven to us that we are giving the dating industry what it wants. An app that loosely caters for anyone and everyone isn’t enough anymore, people are desperately searching for their own place in society where they can fit in and find others with the same mindset. To be 172% crowdfunded throughout our first raise clearly proves that we aren’t the only ones who crave this.

“BARE is for anyone who wants to feel comfortable and confident in their honest selves; our values put honesty, sexual awareness and openness and positive experiences at the core of everything we do. There is a strong, genuine need for an app like BARE – we are determined to give users what they want and to bring the dating industry into the modern era with us.”

Apps have changed the direction of the dating industry in recent years and were revolutionary at the time, offering users a way to connect digitally, bringing matches to users at the touch of a button. Today, the traditional dating apps are slipping back and becoming less active with Scott Harvey, editor of Global Dating Insights asserting that, “those working in the sector are highly aware that many consumers are no longer completely enamoured by apps like Tinder and Bumble.”

With the pandemic limiting intimacy for the last 18 months, BARE has taken the reins of the digital dating industry with ease. Being sexually open, aware and seen is something many users would not readily be able to admit to on other platforms, but BARE brings authentic casual dating and exploring into the mainstream, with a clear pivot into a modern and empowered world of dating. The crowdfunding campaign reaffirms this clear demand in the industry, with 100% of BARE’s investment target raised in just three days.

With a voice note feature on matches which allows users to talk each other into bed, a sliding blur bar where some users can show off as little or as much as they want, and a community that focuses entirely on the value of sexual openness and awareness to feel more confident in yourself, BARE is unique in its approach. It also offers pioneering ID verification technology on sign up that ensures catfishing is a thing of the past. The trailblazing dating app will no doubt storm the industry by giving users a safe space to casually date, and encourage them to go beyond finding the one.

Alex Sergent continues, “There is a common need to experience something new and find comfort in a safe space without shame or judgement, and bringing BARE into the world of dating will transform the way we all connect.

BARE is not just like any other dating app – it is a community that erases the stigma surrounding exploring casual relationships and encourages users to recognise and share what society suppresses. BARE is a place to be bold in your honesty, confident in your desires and empowered in your authentic self.”

BARE is available to download now on the app store or google play store. To find out more visit www.bare.dating.