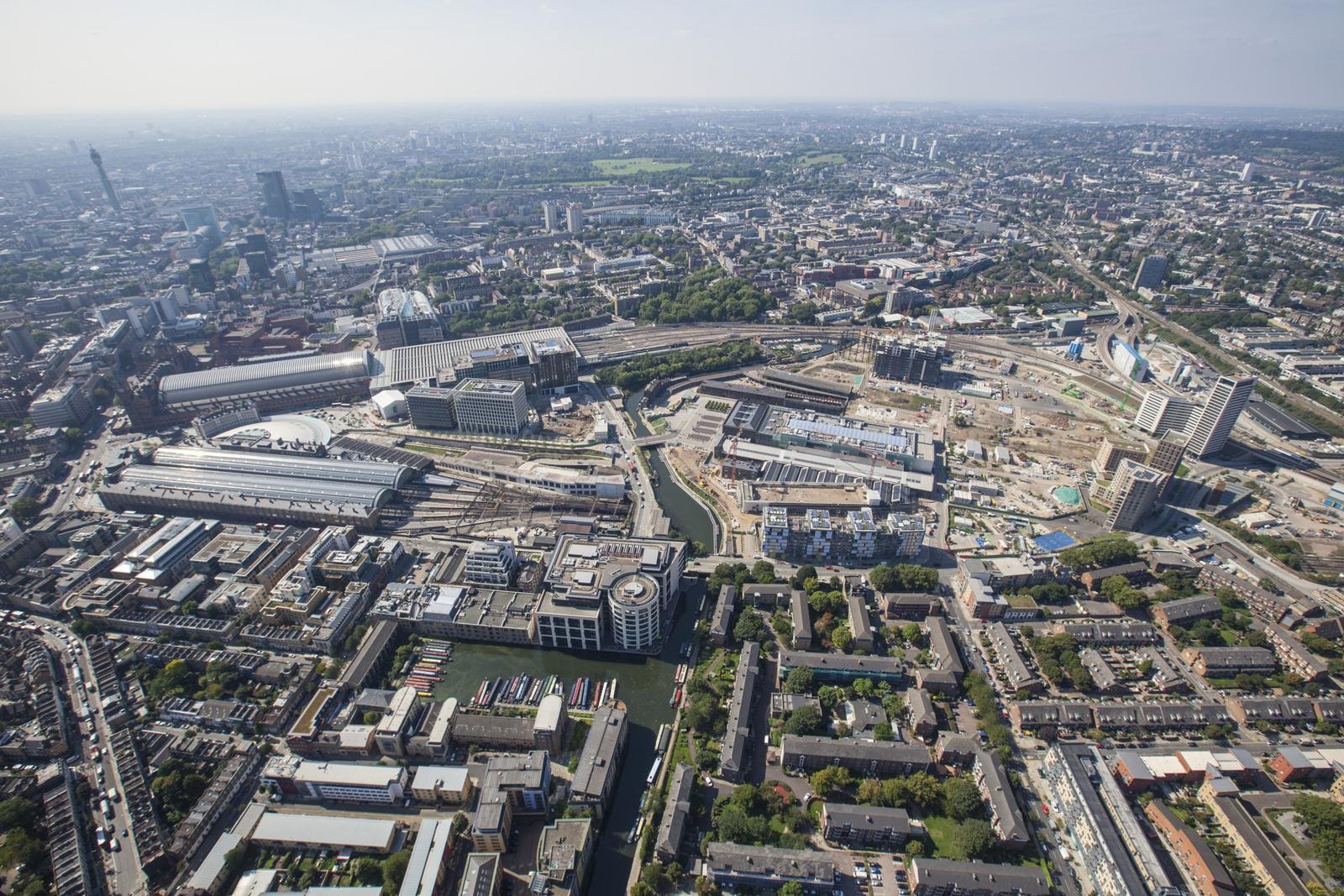 Once the ugly duckling of North London, King’s Cross has become a startup hub to rival any other: startups and tech giants alike are flocking to the area to do business.

Looking at the sleek lines and bustling atmosphere of King’s Cross today, it’s difficult to believe it used to be an industrial wasteland. The area had long had a reputation for drugs, sex work and homelessness, punctuated by a burgeoning rave culture in the late 1980s.

The redevelopment of King’s Cross began in 2007 and is set to wrap up in 2023. Since work began, Google, Expedia Group, Samsung and Toyota have set up major hubs; Facebook is set to join them in 2021. Incubators, workspaces and labs have opened doors for startups and budding businesses, not least of which is UCL’s own Hatchery hub for students and alumni.

In its new lease of life, King’s Cross has become something of a knowledge hub: the British Library opened doors to its current location in 1997 and has since been joined by Central Saint Martins, the Francis Crick Institute and the Alan Turing Institute. The area forms part of London’s new Knowledge Quarter, which spans Bloomsbury and Euston Road and counts the British Museum, UCL and the Wellcome Centre as partners.

With its new Knowledge Quarter status, it’s no surprise that King’s Cross has become a popular choice for data-driven startups; AI and machine learning are particularly popular. While it’s impossible to cover every startup in the area, here are a few kings cross businesses to watch.

Altmetric tracks the attention scholarly work receives outside of traditional academic literature, for example on social media, news websites, Mendeley and Wikipedia. Content is given an Attention Score that reflects how popular it is, as well as a detailed breakdown of mentions by website and reader demographic. By constantly pulling content from thousands of sources, Altmetric makes it easier for researchers, institutions, publishers and funders alike to gauge and keep track of the impact of research.

BenevolentAI uses AI and machine learning to analyse huge quantities of biomedical data, making predictions on how molecules will behave and whether they will make useful drugs.

In the pharmaceutical industry, it is common to create compounds for specific diseases and abandon them when research shows them to be ineffective. BenevolentAI is able to identify those molecules and suggest more effective applications. On top of that, its algorithm can design new molecules, creating hypotheses based on knowledge of over a billion relationships between drugs and the body. Ultimately, the company believes that its tech will help patients to get the drugs they need in a fraction of the time and at a lower cost.

Brainpool is an AI consultancy, designed to bridge the gap between academia and industry. Founded in 2018, it has developed a network of over 300 AI and machine learning specialists from the most prestigious universities in the world.

The majority of the world’s data scientists work in an academic setting. Brainpool works with their specialists on a freelance basis, which means that they can maintain their involvement in research while taking up projects that interest them. So far, the startup’s client roster includes Sainsbury’s, two major social networks and two of the Big Four accounting firms.

There’s an oft-quoted statistic that 80% of women are wearing the wrong bra size. Brarista is on a mission to change that. This femtech startup aims to make comfortable, properly fitting bras available to all women every time they shop with its clever combination of AI and lingerie fitting expertise, and all from the comfort of their own home. The Brarista app uses a phone’s built-in camera to scan the user’s upper body and accurately determine breast size, then recommends bras to suit their preferences and lifestyle—all purchasable directly through the app, at the lowest prices available.

MelodyVR uses virtual reality to bring immersive live performances to phones and headsets around the world. The startup films 360 degree footage from a range of spots around venues, so users can experience the show front row, deep in the crowd, or even on stage. So far, shows include artists as diverse as KISS, Panic! At The Disco, Fleet Foxes, London Symphony Orchestra and Bebe Rexha. Adele and Roger Daltrey of The Who have reportedly invested in MelodyVR, and the startup says that it has worked with over 600 artists.

One of the kings cross businesses hoping to pave the streets with sustainability and data collection points is Pavegen. Pavegen turns the ground beneath our feet into a smart system. The startup’s system harnesses the kinetic energy of pedestrians and turns it into off-grid electricity for use on-site.

Every step generates between 2 and 4 watt-seconds of energy depending on the walker’s weight, making this startup attractive from a sustainability standpoint. On top of that, Pavegen’s tiles track location-specific footfall, collecting data that is extremely valuable to businesses, advertisers and local authorities. Built-in Bluetooth beacons connect the surface to building management systems and can also be used to offer rewards to pedestrians.

Previse helps to speed up the payment process and improve cashflow for SMEs. Using AI, its software identifies the few invoices that are likely to go unpaid and pays the rest instantly through third party funders for a small fee that is split between the supplier, buyer and Previse. This means that small businesses no longer have to wait anywhere from 30 to 120 days for payment, which can mean the difference between thriving and folding. Buyers benefit from happier suppliers while still settling up on their own time, so everyone benefits.

Looking to build or grow your own startup in the King’s Cross area? These are just a few of the support systems in place for kings cross businesses.

Digital Catapult is part of Innovate UK, a public body that works alongside the British government. Its regional network includes centres in Brighton, Northern Ireland and North East England.

The Hatchery startup incubator is open to applications from UCL students, researchers and recent alumni. Support lasts for up to 12 months and includes access to BaseKX, UCL’s startup hub in King’s Cross, as well as workshops, socials and access to business advisors, lawyers and accountants.

KQ Labs is an accelerator for high growth potential startups in the area of data-driven biomedical science. Run by the Francis Crick Institute and funded by Wellcome, its focus is on startups that could make waves in global health through the analysis of massive quantities of scientific data.

StateZero Labs offers the world’s first solution led blockchain lab for startups. This female-led accelerator works with early stage startups to tackle the biggest barriers to entry and growth, from getting started on blockchain to making successful pitches to clients and investors.

The StateZero programme is 13 weeks long and includes free office space for three months, access to a global network of clients, mentors and investors and up to £50,000 in funding. There’s an emphasis on founder wellness, too: baked into the programme is a healthy dose of fitness, mindfulness and nutrition.

Which Startup Would Represent a Country in Euro 2020?