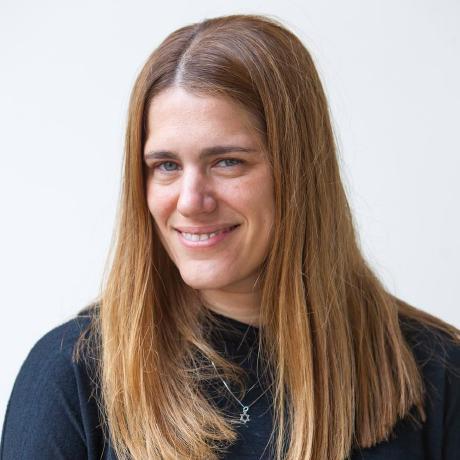 Five years ago, Idit Levine’s dream of founding her own company became a reality with Solo.io, a modern application networking company that is now worth $1 billion. Solo.io’s impressive growth is true testament to Idit’s dedication, something that has not only made her successful in business, but spurred her on during her military service and on the court as a basketball pro.

Shooting for the cloud(s)

Born and raised in Israel, where her grandparents settled after World War II, Idit spent much of her younger years shooting hoops on the streets until dark – basketball was her passion. “I joined my first team aged around 13, but before long I was playing professionally for Elitzur-Holon,” says Idit. “By the age of 18, I was juggling up to six hours of basketball practice a day, alongside Israel’s mandatory military service.”

The balancing act continued after Idit completed her time with Israel’s military, as she embarked on studies in computer science and biology, following in the footsteps of her elder siblings with successful careers in the technology sector. Idit’s passion for her studies grew and when it came to choosing between basketball and computer science; the latter won with a slam dunk.

“Once I’d decided to pursue a career in tech, I relocated to the US. Firstly to San Diego and then Boston, where I live now. Throughout this time I worked as a software engineer for DynamicOps and EMC Dell, as well as several other start-ups and large companies, but in the back of my mind I was waiting for the right time to start my own company.”

With a wealth of experience behind her, Idit took the plunge to pursue her ultimate goal of founding her own company in 2017. “Becoming a founder was always a dream of mine and I recognised an opportunity to make it a reality when companies began moving from traditional, monolithic architectures to adopting cloud computing. As with any technological growth, applications had become more advanced and they were being dissected into smaller pieces called microservices. This resulted in a huge increase in the number of independent applications in organisations, and they were struggling to manage this change.”

Idit created Solo.io to help organisations with the challenges associated with this shift. Their Gloo Application Networking Platform is built on open source technologies such as Envoy Proxy and Istio, and ensures the connectivity, security and reliability of application communications.

Now, Solo.io does more than just developing open source software: “We provide our customers with the tools they need to facilitate service to service communication, enforce security, and ensure reliability; but we also provide them with knowledge. We publish lots of technical content and deliver community education via our Solo Academy – which is actually a leading resource for developer focussed, hands-on education for Istio!”

Just five years after its launch, Solo.io has gone from a set of open source projects to a commercial platform for application networking. In 2021, the company’s revenue grew 3x and they’re expecting up to 6x growth this year. On top of this, Solo.io’s customer base includes some of the world’s biggest companies, such as T-Mobile, Pega, ADP, BMW, American Express and Booking.com. Last year, they achieved a 100% renewal rate.

The company’s successes have not gone unnoticed with investors, as Solo.io has been able to secure the support of $171.5 million in venture financing to date. “I feel incredibly proud and lucky to be able to celebrate these incredible achievements; they would not have been possible without the team of world class talent we have at Solo.io, and the supportive investors that believe in our team and vision.”

Idit’s journey from pro basketballer to founder of a hugely successful start-up is unique, but shows that with passion and grit, it is possible to make any dream a reality. “For anybody whose ultimate goal is to found a company, go for it. Start by finding a differentiated place in your market and build upon your past successes and learnings on your journey to building your product or service. My true passion for Solo.io has always brought me to the right people who have helped me to grow and succeed. If you can show this and a great sense of determination for what you’re building, people will inherently want to hear your story.”

As for Solo.io, with their growth trajectory set to continue, Idit is looking forward to breaking new ground with the help of her team and the company’s loyal customer base. “Today, with the amazing Solo.io team and our fantastic customers, I truly believe that we’re only at the start of unlocking our potential.”