Revealed: The Gen Z BAME Entrepreneurs to Watch in 2020 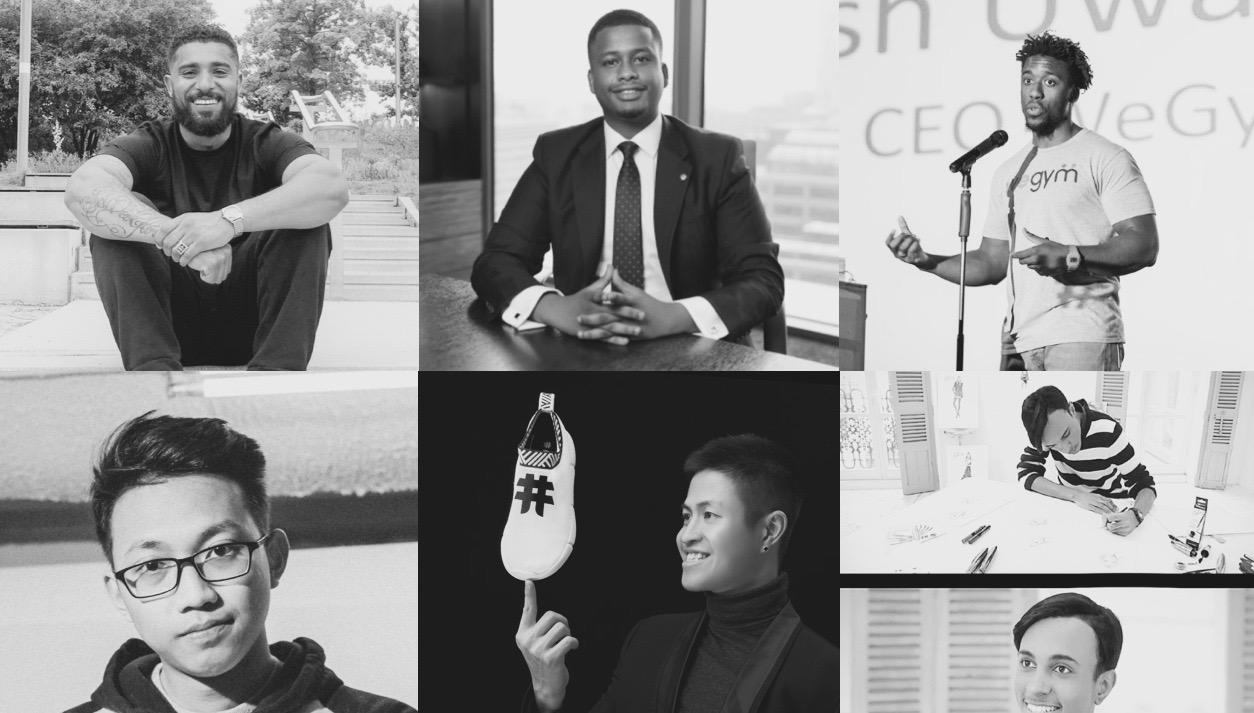 Last month, we announced our first ever BAME 50 Under 50 – celebrating some phenomenal BAME entrepreneurs for their inspiring innovation and hard work.

In light of this, we felt it only right to shine the spotlight on some of the other brilliant applications we received for the BAME 50 – so many of which were impressively young.

So without further ado, here is our top BAME Gen Z entrepreneurs to watch in 2020: 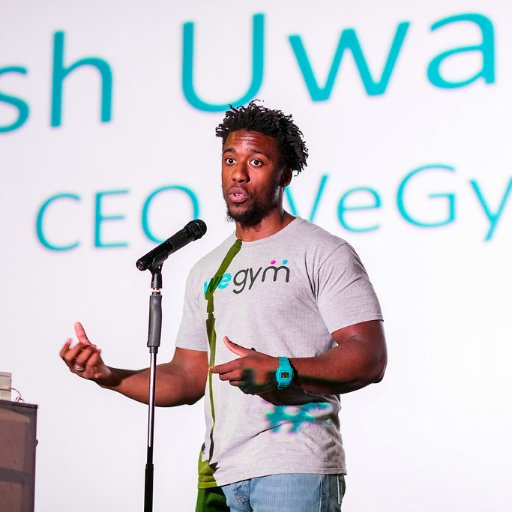 About: Joshua Uwadiae has seen impressive growth along his journey into entrepreneurship. Since graduating from his Technology Apprenticeship in October 2013, the WeGym founder has collaborated and spoken at several different renowned organisations – including the UK Labour Party, Microsoft UK, Future First and more.

In 2015, Uwadiae decided to spread his entrepreneurial wings by founding his very first company. The company was called Superlative Youth, fuelled by, as the company themselves claim “the urge to scale the vision that Apprenticeships are a limitless opportunity.”

In 2015, Uwadiae then went on to found WeGym. At the start, the company aimed to be a Tinder for fitness, making the experience of working out more sociable by helping users to find and connect with gym buddies. As the years went on the company developed, WeGym v2 launching in 2017.

After running out of cash, and having his co-founder leave him, Joshua learned how to acquire customers on a low budget, gaining 25 clients using A4 posters and Tinder. WeGym v2 aimed to be a 3 sided marketplace, connecting fitness trainers, studios and clients to offer a low-cost personal training solution.

To date, WeGym has grown to become a network of London’s best vetted and coached personal trainers, who deliver sessions in parks as well as homes, kicking off with a free 45-minute taster session. 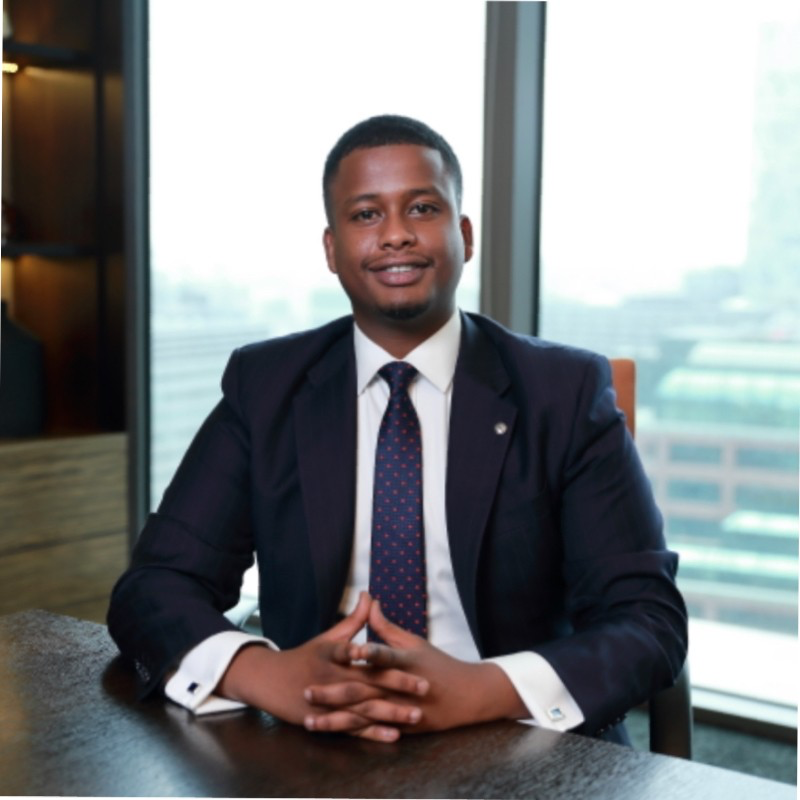 Company: Harrison Forbes – an immigration and internship consultancy, managing and supporting immigration moves in the UK, China, India, Russia and the Middle East.

About: Harrison Forbes is another fantastic addition to our Gen Z BAME Entrepreneurs to Watch. The Harrison Forbes founder and CEO was born in Somali, however grew up in Kilburn, London. Mohamed studied International Business before working at Southbank Capital as a marketing executive as well as an executive consultant and head of sales at MJB Graham Limited.

Mohamed came up with the idea for Harrison Forbes whilst working in finance, realising that in order to fulfil his ambitions he’d have to become his own boss. The consultancy connects university students and graduates with international work experience across the world, providing organisations with talented international interns, at top universities. In total, Mohamed has placed over 127 students in top UK companies. Through its Internship Program, the startup has become the fastest-growing UK business consultancy in London.

Mohamed claims his entrepreneurial inspiration has come from his father, who showed Mohamed the meaning of hard work and how to respect both money and business while working ethically. To this day, Mohamed has worked with some of the largest sponsors in the UK, inspiring top employers throughout the country to open their positions to overseas applicants. His work has also helped recent graduates and current students to explore and develop their career in industries such as accounting, advertising, engineering,  fashion, finance, law, marketing, media, PR and technology. 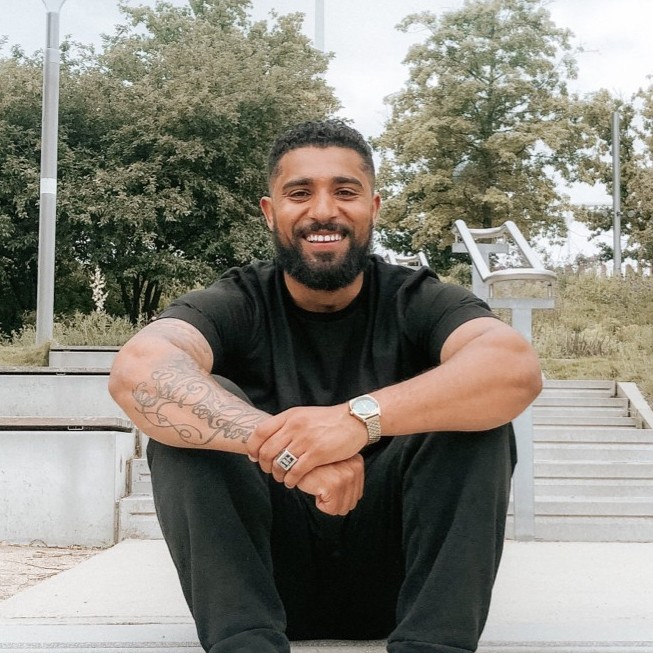 Company: Imagen – enabling agencies and brands to collaborate with Gen Z for brutally honest insights about branding, marketing and products.

About: Jay Richards is an entrepreneur with an incredible turnaround success story, his teenage years a surprising insight into the now successful startup founder and Forbes 30under30 entrepreneur. In 2005, when Richards was only 15 years old, he lay bleeding on a street in Milton Keynes having been stabbed in the leg after an argument with a friend.

A few months prior to this, a then-teenage Richards had been suspended from his school and took part in a petrol station robbery. While descending into a troubling and chaotic lifestyle, one of Richards’ teachers then altered his course for the better. Mr Wright, a business studies teacher, saw potential in Richards, and helped to point him in the right direction, teaching Richards how to start his very first business.

15 years on, and Richards now aims to provide opportunities for the next generation, helping Gen Zs to shape their futures. The entrepreneur does this through his startup Imagen, founded in 2019. Imagen enables agencies and brands to crowdsource feedback, ideas and insights from their Gen Z consultant community, helping to build their brand, their marketing, and their products. 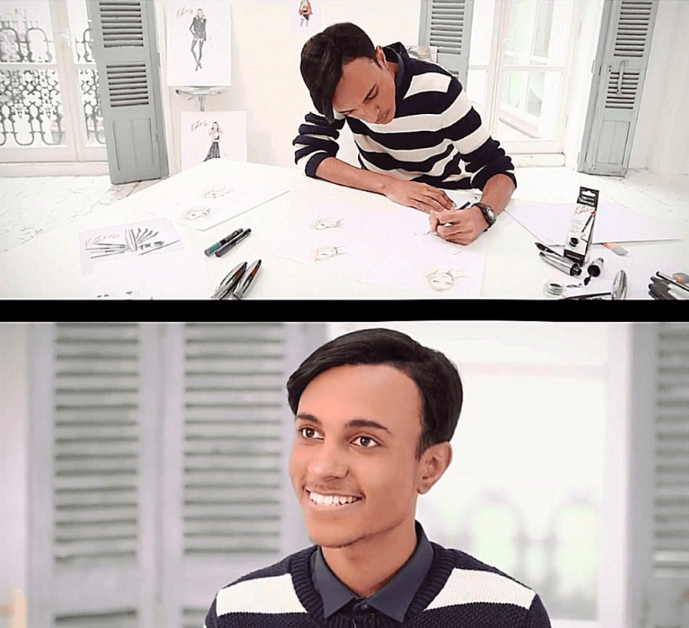 About: Hayden Williams is one of the world’s most in-demand fashion illustrators. After studying fashion design at Barking & Dagenham College in 2008, Williams progressed to study at Ravensbourne University. During his studies, Williams shared his stunning illustrations via social media. Slowly, Williams began to build up an impressive following through his work.

In 2011 his work was then picked up by Rihanna, who used one of his illustrations as her profile picture on Twitter. Since then, Williams has become one of the most recognised fashion illustrators in the world, publicly praised by Beyoncé with Oprah Winfrey owning one of the talented artist’s pieces. Williams now has work published and featured by Vogue, ELLE, Harpers Bazaar, Vanity Fair, MTV, Huffington Post and the Daily Mail.

In 2014, Williams collaborated with Rimmel London and Kate Moss to create fashion illustrations in support of Kate’s first eye collection ‘Idol Eyes’, and in 2015 designed a modern interpretation of Cinderella’s gown for Disney. In the future, Williams hopes to have more brand collaborations and eventually launch his own clothing line. 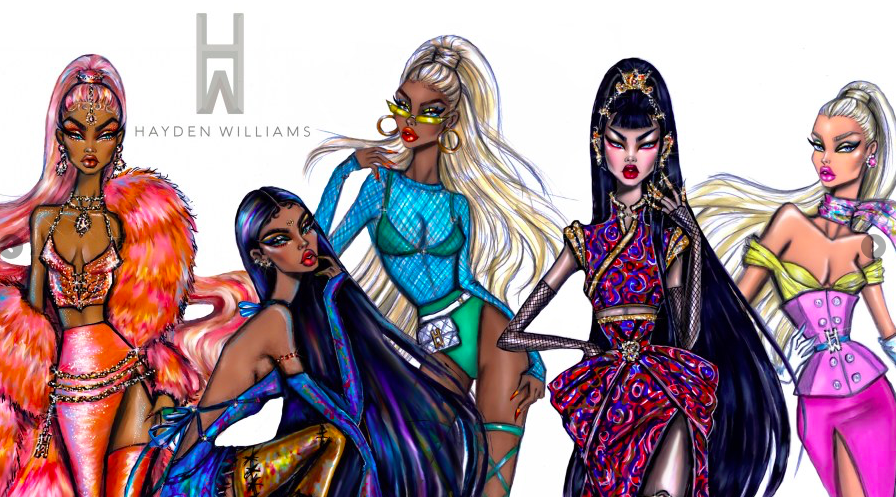 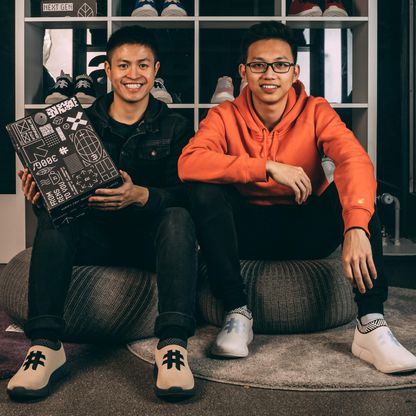 Company: Rens Original – the world’s first sneaker made from coffee and recycled plastic.

About: After discussing the environmental impacts of the global sneaker industry and the less-than-stylish sustainable options on the market, sneakerheads Son Chu and Jesse Khanh Tran wanted to create something affordable, fashionable, functional and sustainable.

The two entrepreneurs began researching ways to create this, and came up with the world’s very first sneaker made from recycled plastic and coffee. The company these innovative new sneakers are made under is called Rens Original, launched by Son Chu and Jesse Khanh Tran in 2019. Rens Original offers a range of different styles for both men and women, all of which are sustainable and waterproof.

Jesse Khanh Tran: born in 1992, Jesse Khanh Tran is a serial entrepreneur and veteran in Fashion Manufacturing. He is the former CEO and founder of Factory Finder, an online platform that helped Nordic Fashion designers to work with sustainable factories in Vietnam and China, and former Head of Partnership at DealDash.com, the world’s biggest pay-to-play auction company. He is a graduate of Aalto University and is the first person to be featured on both Forbes Vietnam 30 under 30, Forbes Europe 30 under 30 in the same year (2020).

Son Chu: Son Chu was born in 1996. He is a former Software Engineer at Zalando (Europe’s largest e-commerce company). Son Chu has also be featured on Forbes Europe 30 under 30.

Ritam Gandhi: “Why startups should be aiming for partnerships with corporates”