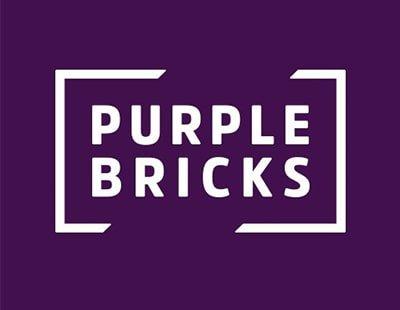 Purplebricks uses leading technology to improve the process of selling or buying a home. The Purplebricks platform breaks the constraints of a traditional estate agency by enabling buyers and sellers to engage 24/7. The company currently operates in the UK, Canada and Australia.

The Bruce brothers saw flaws in the traditional business and set about creating a better model which utilises technology to provide help and transparency to its customers. The site allows customers to book valuations, schedule viewings, give feedback, make offers, negotiate sales and instruct lawyers – all without the restriction of office hours. The company vision is to become the only place people go to buy, sell and let their home.

Estate agent of the Future

Purplebricks has spent over five years developing and building its technology and has a large team of developers helping it become the ‘Estate agent of the Future’.

In December, Purplebricks teamed up with Amazon Alexa so that customers can receive updates on the sale of their home through voice assistants. This technology is in response to a recent customer which survey showed that 48% of customers wanted to receive updates about their house sale either once or a few times a day. With the new partnership, customers can ask Alexa questions such as ‘What viewings do I have today?’, ‘How is my property performing?’ and ‘What new messages do I have?’.

Purplebricks says it will continue to invest in technology to make the lives of its customers more fulfilling.

Purplebricks faced a 5% drop in shares after founder and CEO Michael Bruce left the company last May. Vic Darvey was appointed CEO and set the mission to claim a 10% market share in 3–5 years.

Despite great success in the UK, Purplebricks struggled to secure a place in the American market and folded its US operations entirely in July.

There has been controversy regarding the validity of Purplebricks reviews since last year. A recent report alleged that Purplebricks Canada sent employees emails asking them to increase the number of good reviews on Facebook and Google in exchange for days off.  The leaked email obtained by Forbes is particularly significant as the company was just awarded Feefo’s ‘trusted service’ award. The accreditation is described as “an independent seal of excellence that recognises businesses for delivering exceptional experiences, as rated by real customers.”

Feefo has stated that all reviews are verified as genuine, and the award is a reflection of Purplebricks’ commitment to outstanding service. A spokesperson for Purplebricks Canada stated: ‘The email, though sent in good faith, was a complete one-off and was an error of judgement…Purplebricks Canada recognises that it’s vital for all reviews to be genuine and authentic.’

Purplebricks says the aim of the campaign is to encourage “its ambition to be the nation’s favourite estate agent”.

Ritam Gandhi – Reflecting on five years of being an entrepreneur