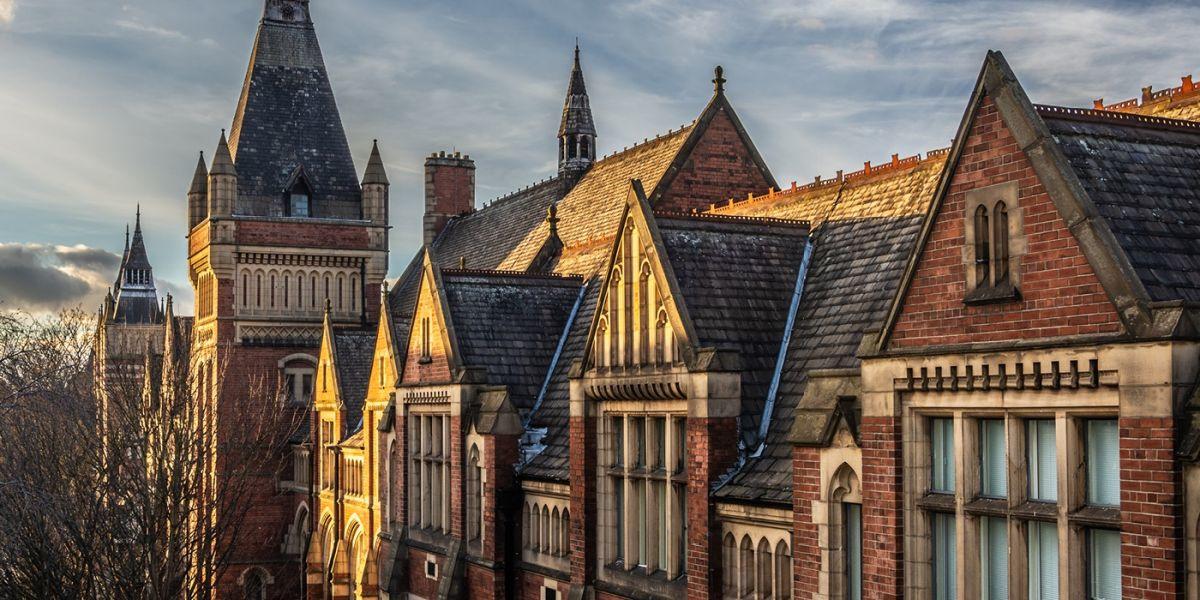 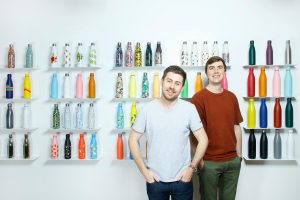 James Butterfield is a University of Leeds graduate who founded Chilly’s Bottles in 2010. The company has since grown massively in popularity, and last year achieved the top place in the Sunday Times Fast Track in December.

James founded the company alongside his co-founder Tim Bouscarle who specialises in digital marketing. The company originally aimed to provide their customers with cold water on the go, with their bottles keeping water colder for a longer time than any others which were on the market. Since then, the company has progressed to make £31.4m worth of sales in 2019 alone and now offers a wide range of products.

James claims that he wants Chilly’s to become the Nike or Adidas of the reusable world, helping customers to change their habits but without the need to sacrifice good quality products.

The company was also last year’s headline sponsor of National Refill Day, which exists in a bid to reduce people buying plastic bottles and instead buy a reusable water bottle such as those offered by Chilly’s. Chilly’s even created a bottle designed especially to support the campaign, and donated £10 to the charity City to Sea for every bottle which was purchased to try and help protect the United Kingdom’s oceans. 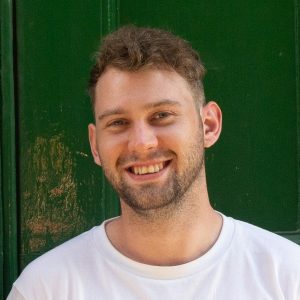 madeby.studio is a creative studio based in Leeds primarily focusing on results-driven digital design and development, including branding and digital applications. The company’s unique selling point is to use business acumen as a means of selling design. madeby.studio works as a marketing strategy, by gaining insight into previous clients’ return on investment (ROI) to show prospective clients how it can benefit their business results.

madeby.studio officially launched on 4th April 2019 by Matt Wheeler and Sam Taylor during their final year of university. We decided to form a partnership due to their similar interests and goals in building a successful design studio. The first year of madeby.studio was a ‘discovery year’ to allow them to understand what does and doesn’t work.

Through this, they gained many research insights which we have now implemented into their second year which has proven to have worked with a +950.1% increase in profit and +292.5% in revenue. The core research discovery we noticed is that many small design studios focus largely on the visual impact of their solutions. This is great from a design perspective, although businesses are target driven and often like to see tangible results.

This has been achieved with minimal funding primarily funding growth through bootstrapping to be a six-figure business. Now in our second year of business, we have pivoted our core services to ‘creative’ and ‘digital’. These include anything from brand development, video production and animation up to web application and game development. This refined approach is what has enabled us to secure projects with some of the largest construction companies in the UK.

During their first year, they built a robust internal infrastructure that enables us to effectively project manage and produce quality solutions. These included automated API connections and a file synchronisation network allowing projects to progress without delay. Alongside this, they have written internal ‘Tips & Tricks’ which is ever-expanding based on their continued experience.

Their future goals as a creative studio are to build a business people want to work with. This applies to both clients and creative talent looking for a career. They constantly innovate their infrastructure and internal processes looking for areas of improvement. Through this, they find out what works best for their clients as well as what works best for the well-being and fulfilment of their team. 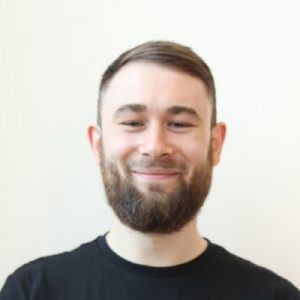 NIQS is a UK-based quantum technology company, founded by scientists from the University of Leeds, and incorporated in September 2020. Their work is the next generation of real-time optical sensors for accurate biomarker monitoring.

Their first product (codenamed LUX1) is a non-invasive, easy to use, wearable monitor that will be used by people with diabetes to continuously monitor their glucose levels. LUX1 simply requires the skin to be in touch with a piece of nano-engineered glass that has similar optical properties to glucose (for example in a smart watch).

Currently, people with diabetes, including young children, have to draw blood 5-10x per day to measure glucose levels to stay alive and healthy. Alternatively, they can use a continuous monitor requiring insertion of a fibre sensor underneath the skin which needs weekly replacement costing £200 per month. These products are invasive (involve entering the body), painful and difficult to use, especially for children.

LUX1 will remove the need for people living with diabetes to draw blood or break the skin surface when measuring glucose levels and will provide them with better glycaemic control, greater day-to-day freedom, peace of mind and effective diabetes management. Their team has successfully validated LUX1 in a trial with a group of people living with Type I diabetes at the Leeds NHS Teaching hospital, demonstrating 96.3% clinical accuracy.

Recently, they secured an Innovate UK grant worth £500k which will enable them to develop a LUX1 prototype. They are seeking a further £500k for product development. 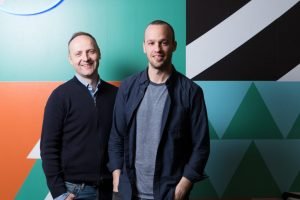 Ari Last is the founder and current CEO of flexible childcare provider, Bubble (or in yiddish, Bubbeleh). Bubble is an app that connects parents to trusted and approved childcare sitters, both for short notice cover and regular childcare needs within their local areas.

The app contains over 100m relationship ‘nodes’ between members of the community, and Bubble is able to utilise that data to provide parents with local sitters and nannies that are recommended by those they trust.

After working in marketplace businesses and becoming a father, Ari fused the two concepts and realised there was a demand for a marketplace for childcare. Ari has also developed new service lines such as Bubble For Work, and permanent childcare services. He has also launched a volunteer childcare service for NHS workers that’s seen over 10,000 hours of childcare requests come through so far.

Through the creation of his app, Ari has benefitted parents who desire childcare which is backed up with a personal recommendation. He has therefore used technology to make the process of getting those recommendations more efficient, making it easier for parents to find childcare and feeling comfortable with doing so. 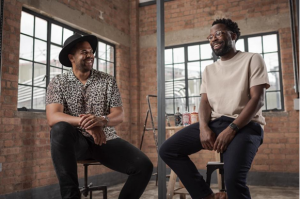 Spearhead is a multi award-winning African Spirits Company. With a growing portfolio, premium brands under the umbrella already include: Vusa Vodka and Bayab Gin. Quietly launched to the market in March 2021, Spearhead has been amassing accolades and on trade accounts from Paris to London, upcoming distribution in the US and an exciting pipeline of new launches to come.

Founded by university friends, Chris Frederick and Damola Timeyin, Spearhead is the black-owned, African spirits company that has been long missing from the drinks industry. Informed by their own experiences of London’s bars and restaurants, as well as Chris’ time as a successful publican, the founders noticed an absence of black-owned drinks brands and recognised the thirst for a product that spoke to them, as well as highlighting the quality and craft of the African continent from a unique perspective: one of the African diaspora.

The essence of Spearhead’s offering is a line of premium products with true African provenance, representing the best of the continents’ craft and produce and that capture the vibrancy and creativity found in all corners of Africa. The spirits are distilled with bountiful regional botanicals, highlighting unique flavours of many of Africa’s different terrains and countries whilst Spearhead also recognises the need to more fully support from the ground up, donating a portion of its profits to community development in South Africa and other African countries.

In its first 9 months of trading, Spearhead has sold over 23,000 bottles and focused on building a network of black professionals in the alcohol and hospitality sector, to collectively move the dial towards fair representation in the industry. With distribution taking off in the UK and the US, Spearhead is bringing the authentic taste of Africa to consumers globally, disrupting the market with a fresh perspective and exciting products.

Spearhead Co-Founder, Damola Timeyin: “With a lack of black owned African Spirits brands exported globally, we have made it our mission to take our spirits to the world. Our brands not only increase diversity and challenge cultural bias in the sector, but being produced on the African continent allows us to show the world what Africans have always known about its culturally and resource rich continent, with products that compete on the world stage in taste and quality, as well as innovation.” 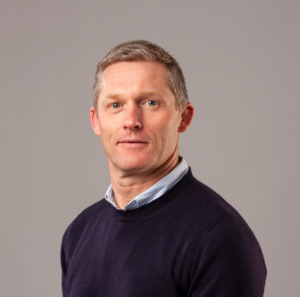 Jonathan Hewlett is the CEO and Venture Founder of w’air Sustainable Clothing Care, a pioneering technology that enables quicker and greener clothing care. He leads an agile team of experts to bring exciting new technology to market across a variety of consumer product categories, and as a result developed w’air, an innovative technology driven by a change in consumer and retailer behaviour to transform the way we interact with our clothing for good.

After graduating from The University of Leeds Jonathan started his career in a Graduate role at Procter & Gamble, where he worked for over 16 years with UK and key European markets across brands such as Hugo Boss, Lacoste France and Jean Patou. In his time at P&G, Jonathan worked his way up to Managing Director, where he specialised in FMCG and Fashion. Jonathan later took a Managing Director role at Diesel UK, becoming Managing Director of Northern Europe, CEO Greater China and finally CEO of Europe over a period of 10 years. He worked at Chief Commercial Officer at Marc Jacobs for almost a year and a half before joining Pilot Lite in December 2019 as a Start-Up CEO.

Can You Protect Growing Startups From Cyber Threats?