Interview with Samuel Koch: Why do so many app startups fail?

Why Do So Many App Startups Fail? 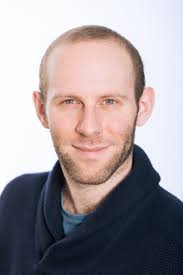 TechRound interviews Samuel Koch as to some of the main reasons regarding the high failure rate of mobile apps. Samuel is the founder of Gameway, a mobile gaming hub dubbed as a ‘Tinder for games’ as it aims to connect its users to the best gaming services, hardware and gifts available giving them an unparalleled gaming experience. He has also previously helped to develop a number of other successful mobile apps.

There are an estimated 3 million apps across Android’s Google Play Store and Apple’s App Store, with the number of mobile internet users exceeding over half the world’s population for the first time in 2016. In 2017 alone, the total number of mobile apps downloaded was an estimated 197 billion.

Nevertheless, despite these statistics showing the colossal growth of the mobile app industry, many app startups fail within their first year, as whilst the number of mobile apps available is growing exponentially, the revenue is decreasing at almost the same rate. We asked Samuel, who has a wealth of knowledge in this field, more about why he thinks so many app startups fail.

Why do so Many App Startups Fail?

Samuel Koch: “Running out of cash is the main reason startups fail. But it’s also how they ran out of the money that is important. Most often, I’ve seen startups fail to get enough traction from retaining users they paid an ever growing amount of money to acquire, which meant they weren’t able to generate substantial revenue or prove to investors they were onto something successful. With no revenue and no investment, it was pretty difficult to do anything.”

Based on your experience in the industry, do you think that there are a particular set of characteristics that seem to lead to successful app startups?

Samuel Koch: “The best startups I’ve seen, that have great user traction, apply the Hooked model that Nir Eyal wrote about. They (mostly) morally hook users into their app, by creating habits that keep users for much longer than normal by utilising easy actions, variable rewards and small incremental investments from the user. The easy actions focus on having good UI/UX that’s clear and compelling to the user.

Variable rewards come from such things as the number of likes on a Facebook post, which gives users a quantified amount of social acceptance they could not estimate when they published the post. Right after giving the user a reward, that’s when the best apps can happily ask for small investments from their users, such as inviting other friends to join the app, following more profiles, or connecting other social networks, have shown to be the key successors to many apps, allowing them to rapidly grow.”

What do you believe are the biggest challenges facing startups in the future when it comes to sustainability?

Samuel Koch: “The app market is incredibly saturated. There are over 1.4 million mobile games, which makes up about half of the apps in the stores. Users are being pulled in every direction to download apps, there’s just too much competition and it’s becoming ever more difficult for apps to get a breakthrough in the market and take a large chunk of users unless they have huge acquisition budgets and force their way to the top.”

For the very latest developments in startup news, follow us on TechRound.

Interview with Alaina Percival, CEO and Co-Founder of Women Who Code