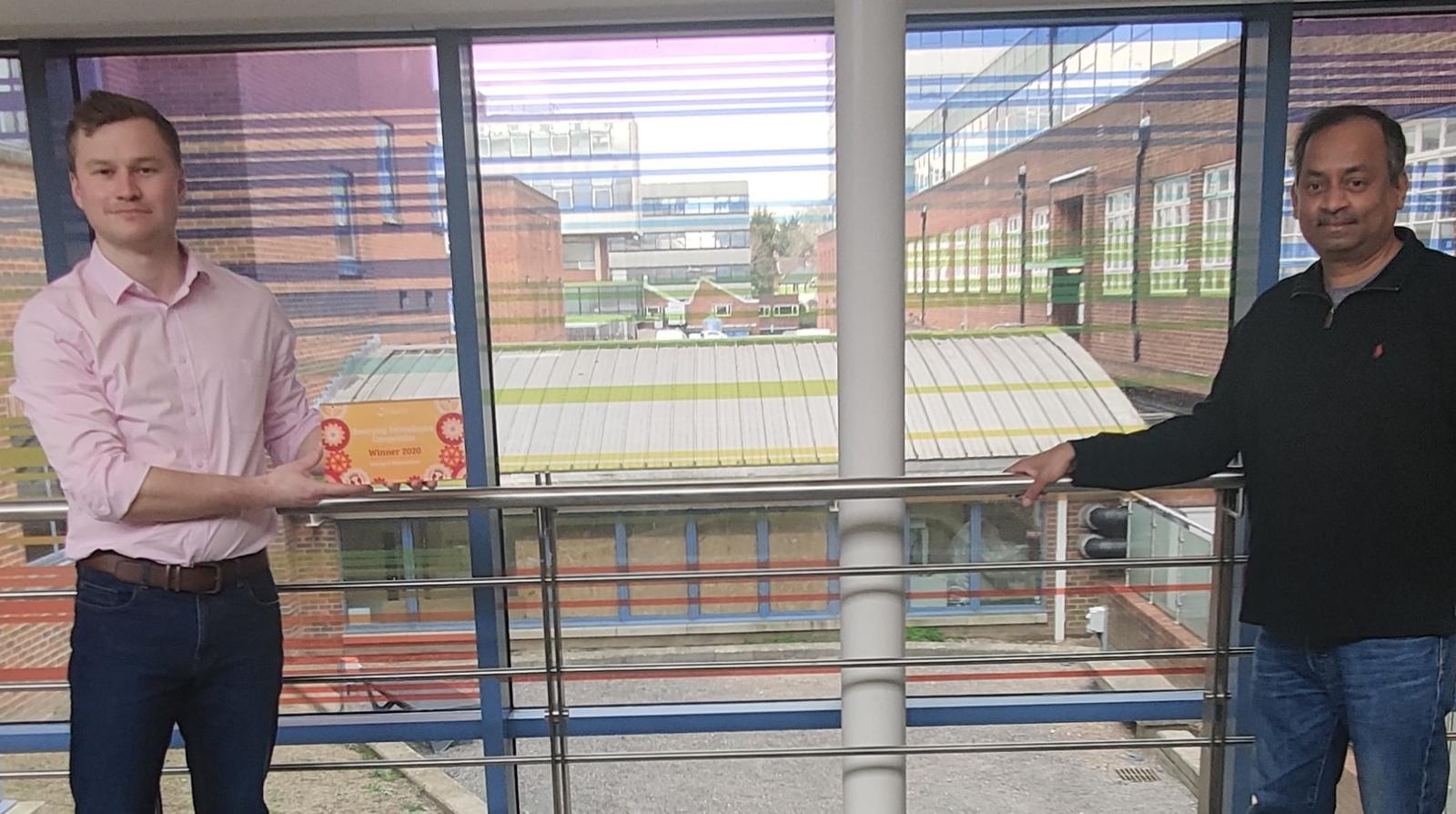 ViridiCO2 is a hybrid catalyst platform that efficiently and sustainably converts carbon dioxide into versatile plastic materials. ViridiCO2 is a novel CO2-mitigation solution that can be used to more effectively produce tens of millions of tonnes of chemical products that find ubiquitous use in mattresses, clothing and building installations, while reducing CO2 emissions. It is one of eight of the University of Southampton’s most promising startups that unveiled technologies to make the world smarter, safer and more sustainable as part of the Future Worlds Founders Cohort.

It has been created by Chemistry researchers, Dr. Daniel Stewart and Professor Robert Raja. In the future, the technology could be retrofitted to the output streams of petrochemical refineries to close the carbon loop, representing a major step towards the UK’s vision to bring all greenhouse gas emission to net zero by 2050. It has so far been recognised by the Royal Society of Chemistry (RSC) as a winner of its prestigious 2020 Emerging Technologies Competition.

27-year-old Daniel Stewart says: “Our ultimate goal is to play a pivotal role in achieving global net zero emission targets. Quite simply, we have come up with a process which allows chemical manufacturers to directly replace fossil fuels with carbon dioxide in the production of high value chemicals. Before starting my research, we identified three problems. The first is chemical manufacturing which is responsible for 6 per cent of greenhouse emissions –encompassing 1 billion tonnes of CO2 a year from direct industry emissions alone, and a further 1.8 billion tonnes from heat and electricity production – unimaginable numbers.

“Secondly, chemicals are produced almost solely through fossil fuels but fossil fuels are dwindling so we need to reduce reliance on them. And thirdly, there are 30 million tonnes of polyurethanes produced every year but they are largely non-recyclable. They find use across many commercial sectors and the industry is set to grow $70 billion by the year 2022. In the presence of uniquely designed catalysts, up to 50 per cent of the polyol feedstock mass can be replaced with carbon dioxide.”