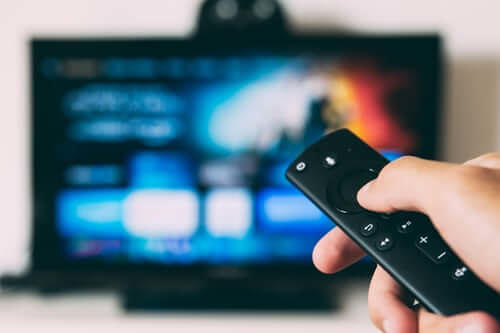 Amazon announced today it will offer its US-based Prime members a co-viewing feature called “Watch Party.” The Amazon-native option, which is free to all Prime subscribers, allows the party’s participants to view shows and films together simultaneously, with the playback synchronised to the host’s Amazon account.

Each Watch Party can welcome up to 100 participants, as long as they all have a US Prime subscription and are joining from the US. During a session, the host of the Party is the one able to start, pause and stop the chosen video for everyone, while all guests can socialise and share thoughts and emojis through the built-in chat. The Watch Party feature can be launched via Prime Video, on desktop only, while choosing a title. The host will receive a private shareable link for its guests once they click on the “Watch Party” icon.

The service is currently available on thousands of films and series already offered on Prime, including Amazon Originals and third-party content. At present, however, those titles available through rent and purchase options only do not support the Watch Party feature. Amazon Prime Video is the latest among major streaming services to launch a co-viewing feature for virtual watch-parties, with demand from subscribers increasing since the coronavirus pandemic outbreak.

Earlier this year, Netflix, WarnerMedia and Disney all partnered with Scener, so their subscribers could throw virtual watch-parties through a browser extension. The Amazon-native feature is only just beginning to roll-out, with the possibility of reaching more markets, and co-streaming more titles too in the near future. At present, the feature is only available to US-based Amazon Prime customers, via desktop, as part of their $119 yearly membership.

Amazon says its Prime Members travelling outside the US will be able to use the feature only partially, with the option of hosting and joining Watch Parties for titles included in the “Watch While Abroad” carousel on their Prime Video account.