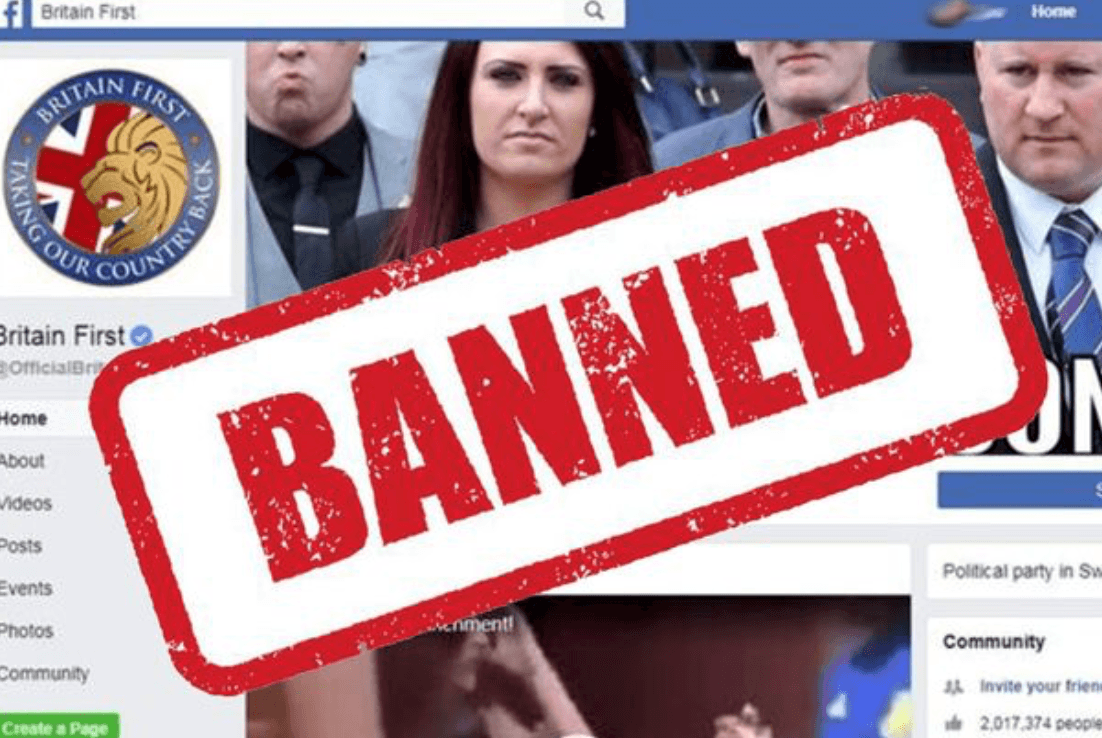 Facebook has reportedly banned a series of individuals and organisation from far-right groups who “spread hate”. The notorious “British National Party” and the infamous “English Defence League” are amongst the groups that have been banned.

When asked to justify its actions Facebook has stated that these groups have a “violent or hateful mission” and therefore “have no place on Facebook”. Facebook have also announced that any comments praising the banned organisations or individuals will also be removed from the site.

MP Yvette Cooper, chair of the Home Affairs Select committee, has stated that this ban was “long overdue”. Far right organisations do not deserve a platform and we must prevent them from spreading their hateful and offensive messages. Cooper further added that “social media companies have been facilitating extremist and hateful content online” for far too long.

Facebook had previously banned the organisation Britain first as well as problematic characters such as Tommy Robinson. However, despite this effort many were dissatisfied with Facebook’s safety measures. These new restrictions are much more thorough, than any previous checks used by Facebook. Facebook have now promised to block “praise, support and representation of white nationalism and separatism”. This ban also extends to Instagram.

This decision has come as a relief to many who were the victims of the vile language of far white nationalists. To many this is an important and necessary step, as the world strives to fight and tackle hate speech across the globe.