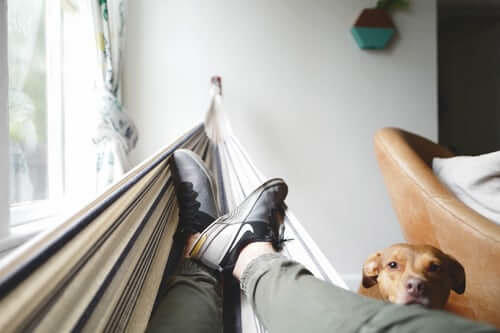 Last week saw the annual Consumer Electronics Show (CES) in Las Vegas. Despite some controversial new additions to the latest tech offerings, there was a general trend of weird and wonderful gadgets designed, seemingly, to make everything even easier for our generation.

We are constantly told how important time is. In a generation looking to increase working from home, and the burgeoning trend of a 4-day work week, it’s no surprise that this pattern has made its way to the tech sector as well, with many tech companies capitalising on this quest for the elusive work-life balance, demonstrated by its introduction of many innovative time-savers.

Firstly, it is no secret that unlike the 1950s housewives prototype of yesteryear, our generation demonstrates a distinct apathy for grocery shopping and cooking, not to mention the dreaded washing up. This disinclination for cooking has been demonstrated by the success of take-away services, (UberEats, JustEat, Deliveroo), online grocery providers (Ocado) and other food delivery services such as Freshly, promising to deliver ready-to-cook meals straight to your door. The tech world has gone one step further with its new gadget promising to take the chore out of cooking. The Julia Smart Cooking System made its debut last week at CES. Though on the surface it seems like a regular food processor, this ingenious machine is able to weigh, chop, knead, whisk, cook, mix and steam. And, unlike its predecessors, this game-changing device is even able to wash itself up. All you need to do is add the washing liquid and the water (maybe by 2021 there will even be a gadget to do this for you). Using Artificial Intelligence food recognition capability, the machine can suggest recipes based on pictures of what is currently in stock in the house. It is controlled by a tablet, a smart kitchen hub, which equips the “chef” with step-by-step videos of ingredients prep as well as tailor-made recipes. All the user is required to do is drop the specified ingredients into the machine and let Julia do the rest of the work. The catch? Whilst Julia’s exact retail price is yet to be revealed, the machine is thought to fare at around $1,000 making a trip to Tesco’s and one of Jamie Oliver’s 15-minute meals seem not such a bad option.

The next boring necessity of daily life helping to be alleviated by the latest technological advances? Walking. After a decade of FitBit, health tech and step counts, it seems that this year’s CES is looking to give us some well-earned rest. The latest in mobility tech is the S-Pod, the smarter, more stylish cousin of the Segway. Unlike the original Segway, with the S-Pod the user does not even have to stand or do any of the balancing themselves, as the S-Pod is able to automatically shift your centre of gravity. Learn the basics in a 5-minute tutorial and away you go, using just a joystick and its different directions to steer you around at a high speed. Despite the highly sensitive joystick, Segway has not taken the topic of health and safety lightly, taking great pains to make the S-Pod user-friendly and above all safe for road usage. The S-Pod is able to automatically slow down to prevent the driver being thrown out of the chair. There is also specific RGB light technology to act as an indicator and signify to other drivers which way you are turning.

Finally, if even the thought of these gadgets is exhausting, there is now a robot to which you can outsource the most mundane of tasks. French startup Pollen Robotics presented Reachy, an open-source and modular robot, which is the latest in robot technology and can be customised and programmed by its owners in order to perform different tasks. The robot itself is designed to be like a single human limb, specifically the arm, with seven degrees freedom of movement. However, for a price upgrade you can purchase the whole torso (think two arms, a chest and a head), specifically designed for prototyping and research purposes. This would set buyers back around $17,000 (£13,000). The company claims that Reachy has a broad range of potential applications, although what was showcased at CES was a simple game of tic-tac-toe. However, Pollen Robotics says that developers will be able to use the Python programming language to create different applications.

As we enter the new decade, it seems easier than ever to outsource our tasks so that soon there will be no need for walking, talking, shopping or cooking. With a big budget, the tech world is providing the answers to making this year your laziest one yet.