Man Vs Machine: Who Will Come Out On Top? 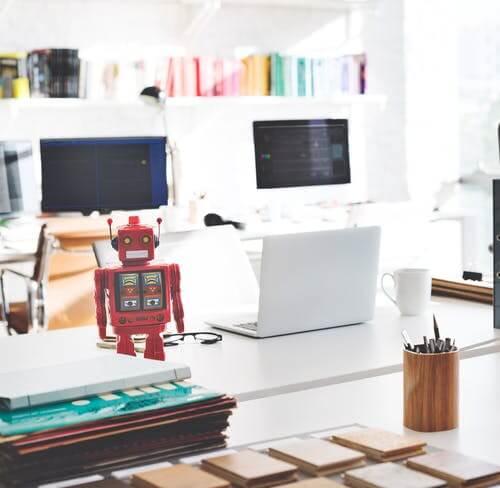 The general rule of gambling is that ‘the house always wins.’ No matter the game, the odds are always stacked in favour of the casino and, according to Investopedia, “for every $1 million bet at the roulette tables…the casino expects to pocket a profit of slightly more than $50,000”.

However, that knowledge is paradoxically what drives people back to the table; the odds may be stacked against them, but people will always love to think that they will be the ones who win big. And whether by counting cards or waiting it out for a slot machine that’s ready to drop the jackpot, humans have long tricks up their sleeve when it comes to trying to beat the house.

Of course, robots aren’t people, and artificial intelligence has already begun to turn old casino adage on its head.

Libratus, an artificial intelligence bot built by a computer science professor and one of his PhD students, beat four of the world’s best poker pros in a twenty-day Texas Hold ‘Em tournament in 2017. The odds on Libratus winning were 4-1, and such was its success that it has now accepted a job planning war games for the Pentagon. Yes, really.

This isn’t the first time experts have been outsmarted by machines. From the Deep Blue computer defeating the world chess champion twenty years earlier to artificial intelligence analysing legal contracts more quickly and efficiently than experienced lawyers. It all points to a troubling future where robots might render us redundant. With data and information from the team at Betway Casino, we explore some of the more interesting questions around AI and robots in the workplace.

Are Businesses Adapting to Accommodate Machines?

You may think you’re pretty good at your job, but how do you reckon you’d fare against a robot? Some of the world’s biggest brands, from Adidas to Amazon, already rely on machines which are considerably faster, stronger, and more accurate than their human counterparts. It’s no surprise this technology is proving popular with businesses, but mere mortals are understandably concerned about the rise of robots in the workplace.

It’s estimated that up to one-fifth of the global workforce could lose their jobs by 2030 due to robot automation, affecting 20% of UK employees. Machine operators and food workers are most vulnerable, but some unexpected roles are also at risk. Google has already revealed its advanced AI bot called Duplex, which conducts “sophisticated conversations” and completes admin tasks such as booking appointments. Robots are even moving into creative sectors. Approximately 850 articles from The Washington Post’s 2016 US election coverage was written by a robot reporting programme called Heliograf.

Will Robots Overtake Human’s in the Workplace?

Luckily, experts from tech giants Google, Facebook, and Uber believe there’s only a 50% chance of robots taking over all human jobs in 120 years. A robot may be able to perform tasks in a lab, but manipulating them to perform in the real world is a different story. For example, in a hospital environment, a robot could mimic natural conversation, but would lack nuanced human emotions like sympathy and empathy, which are essential in the unpredictable medical sector.

What’s more, our robot co-workers could actually boost job prospects. A report from the World Economic Forum believes AI will create 133 million new jobs by 2022 by freeing up staff for brand new tasks. We can expect to see an increase in data analysts and social media specialists, as well as ‘human’ jobs like teachers and customer service workers.

This new landscape will not appear overnight, and governments have been warned to prepare safety nets for all employees who may end up being displaced by AI. However, as robots “vastly improve” the productivity of existing jobs, us humans can look forward to new and exciting job opportunities.

Seeking Relationships Through Robots and Tech

Thanks to the algorithms driving apps like Tinder, Bumble, and Hinge, we have already begun relying on AI to find us a mate and sort out our dating lives. There are now apps dedicated to specific personality types and the traits you look for in a partner, whether it’s religion (JDate for Jewish singletons), shared interests (Tastebuds for music aficionados) and, in Hater, an app to find someone with the same pet peeves as you.

And these algorithms are only going to get more complex. According to eHarmony, AI will be able to predict sexual compatibility by 2025. Great news if you’re too busy, or indeed too shy, to go out and meet someone the old-fashioned way.

But for some, humans just don’t do it for them anymore. An increasing number of people are in favour of letting machines be involved in other, more intimate, aspects of their romantic lives. Havas surveyed more than 12,000 people from 32 countries and found that 25% of millennials would be open to having a relationship with a robot, believing it will be normal for humans to develop feelings for a robot and even fall in love.

David Levy, the author of a book on the love between humans and robots, has even predicted that robot marriages will be legal by 2050.

What About Relationships with Robots?

You’d be forgiven for thinking this is a far-fetched dystopian dating nightmare, and that the human race would never succumb to falling for a machine—at least not this century. But the truth is, it may happen sooner than you think. The sex technology industry is already huge, worth $30 billion and growing 30% per year.

Add in the fact that we are already becoming emotionally attached to machines, and it makes sense that human-robot relationships are becoming more commonplace. So, while job security might be your main concern around robots in society, keep in mind that it could actually be your private life that is infiltrated by androids. Forget awkward first dates and messy breakups, your true soulmate could be straight out of science-fiction.