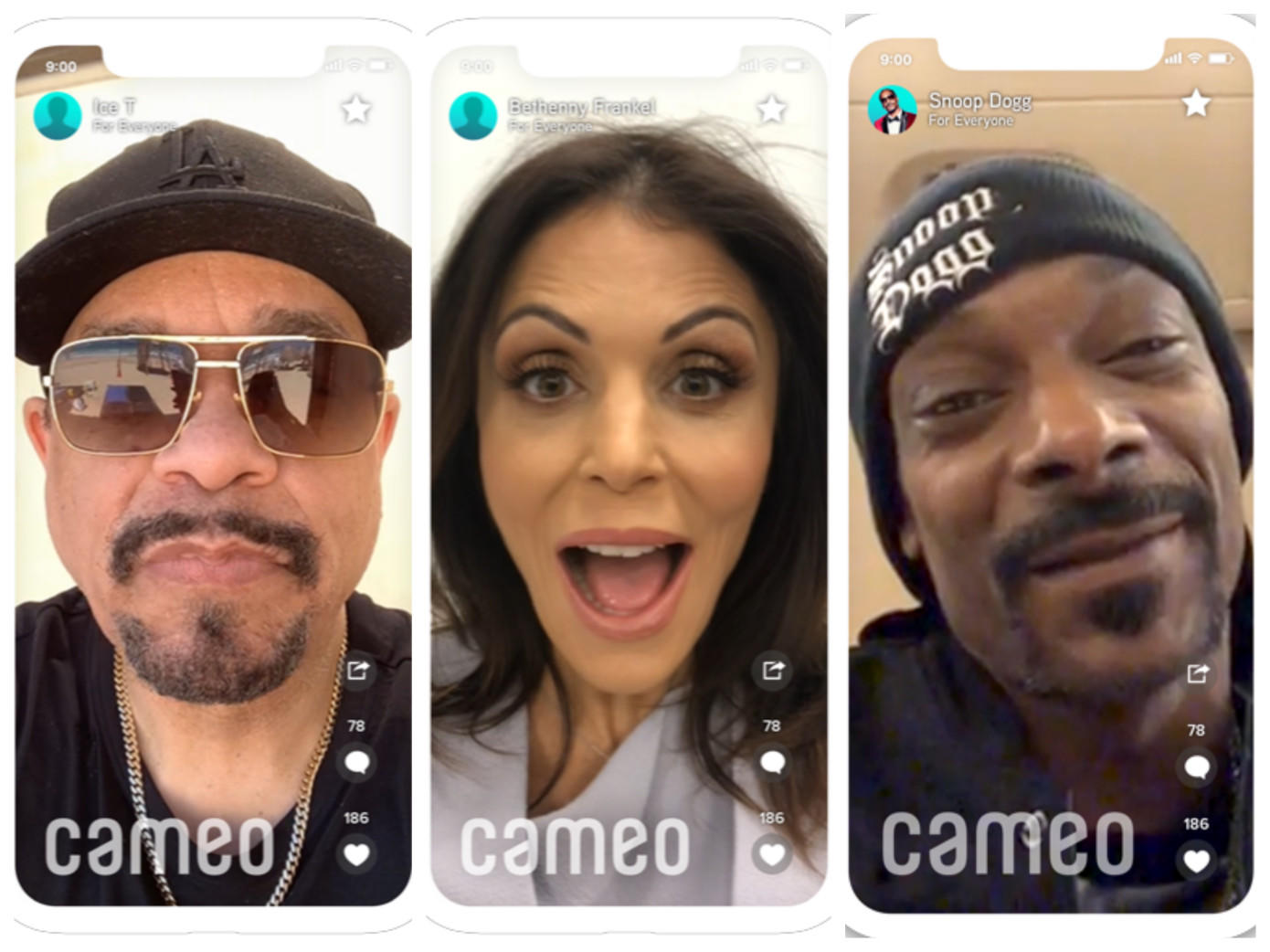 About: Personalised video messages from celebrities, influencers and athletes – perfect for birthday gifts or celebrations.

Founded in 2017, Cameo offers a clever way to have a celebrity record a personalised message for you and your friends. Raising over $65 million to date through Series A and B funding, the company has transacted over 300,000 personal messages (last date June 2019) and has a company valuation of $300 million.

At the high-end, you can receive birthday greetings from Snoop Dogg for $3,000 – of which Cameo takes a 25% cut of all transactions.

Or prefer your favourite Youtube star to send a message to a loved one? This will put you back $55.

“People use Cameo as often as they used to go to Hallmark to buy a card,” co-founder Steven Galanis told TechCrunch last year.

Cameo has a roster of 15,000 celebrities that they believe could expand to 5 million. Currently the talent is mostly American with the UK slowly catching up – with Jay from The Inbetweeners recently giving a shoutout to a religious school’s fundraiser in North-West London.

Cameo already has offices in London and Australia and has sent their co-founder Martin Blencowe to head up the London office. He will focus on developing the London team, as well as identifying additional talent in Europe, South America and Asia.