Is Online Fashion Set to Replace the High Street? 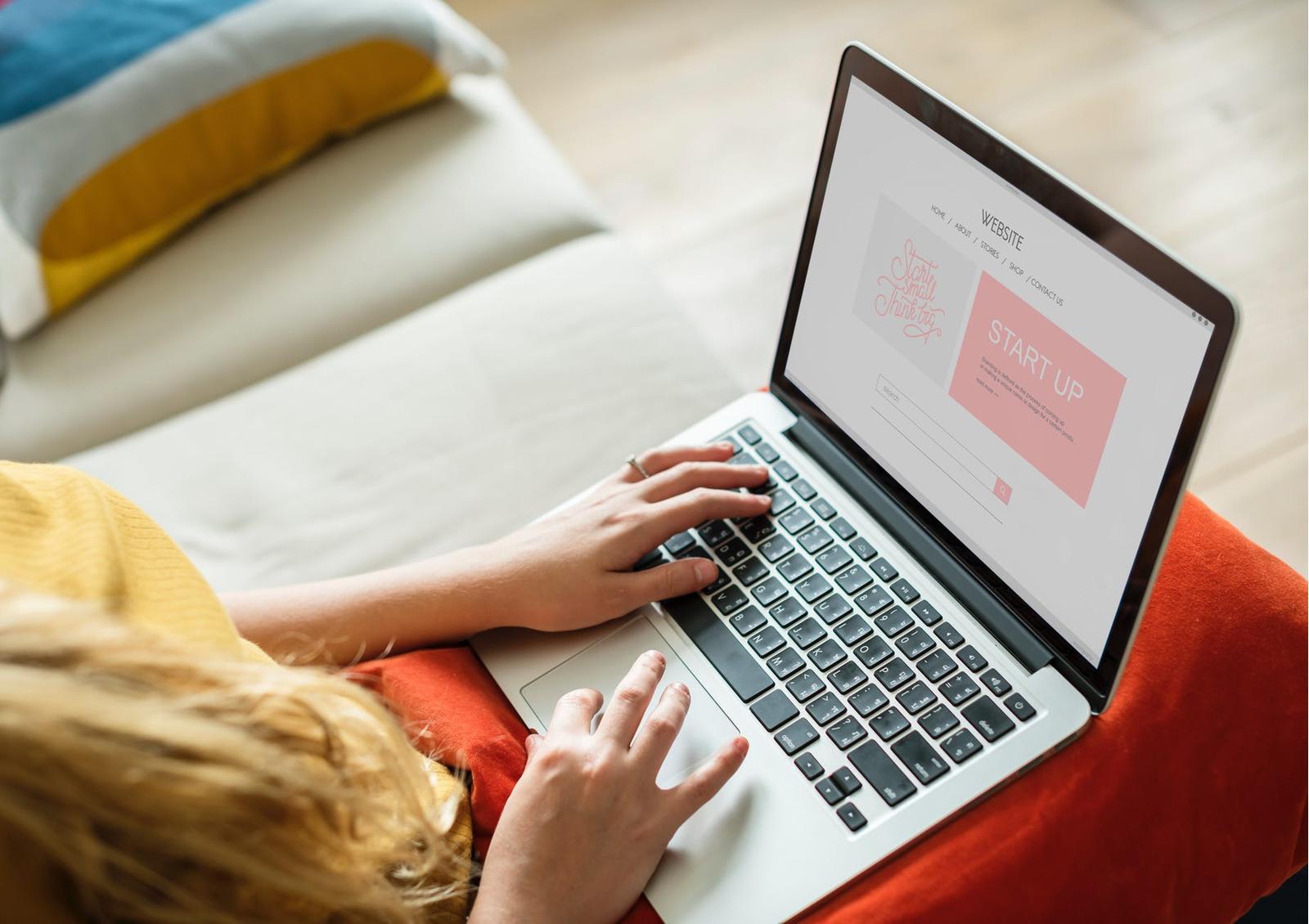 Online shopping is on the rise, but will it drastically alter the fashion retail industry as we know it today?

The Beginnings of Online Shopping

Since the launch of the World Wide Web in 1990, the internet has become an increasingly popular resource for companies and consumers to sell and purchase products. Though websites selling an immense variety of products like Amazon.com, launched in 1995, initially to sell books, continue to thrive, online companies remaining focused on specific markets have surged in recent years. These now compete fiercely with traditional shops; by the end of 2018 e-commerce accounted for 20% of all UK sales. The fashion sector is no different, with 18.7% of all UK textile, clothing and footwear sales taking place online this year.

Fashion Companies and the High Street

The development of online-only fashion specific retailers may be traced back to the online company ASOS (As Seen On Screen) which launched its first womenswear brand in 2004. By 2017 it was the UK’s fourth biggest fashion company based on market capitalisation and has been joined by similar competitors like prettylittlething.com which launched in 2014 and saw a 107% revenue increase in 2019 at £374.4 million. ‘Bricks and mortar’ clothing stores, by contrast, have been hit by what has been dubbed a crisis of the high street. The Arcadia group, for example, has reportedly seen a 10.5% decline in sales since last August. This group includes fashion giants Topshop and Misselfridge, who now share a target market of 16-30 year olds with websites such as bohoo.com, prettylittlething.com and missguided.co.uk.

Why are Online Fashion Retailers so Successful?

The success of online fashion retailers can be attributed to a range of factors; those that attract customers, whilst enabling the brands themselves to run cost effectively. Convenience is one factor that draws in consumers, who can now browse and order clothes whenever they want in the comfort of their own homes without having to travel to shop.

Many online retailers also sell cheaper clothes than high street shops- missguided currently sell a bikini for £1, whilst a prom dress from prettylittlething can cost as little as £15. Most high street shops simply cannot match these prices even in sales. Many brands also offer free delivery before a certain time, or, like boohoo.com, free next day delivery for a year for low prices. With no travel costs, the online shopping experience is overall much cheaper than the high street.

Marketing Fashion to the Masses

The branding of fashion websites aimed at young people also greatly appeals to customers. prettylittlething, for example, uses no capital letters in its title, a simple detail and yet one that creates familiarity with potential customers by suggesting the style of texting, a modern, casual activity. Partnerships with social media influencers and reality stars, such as Charlotte Crosby from Geordie Shore, whose instagram advertises her as an ambassador for inthestyle.com feel up to date in the online world of instagram models and self-made YouTube stars whom young people now relate to more than famous supermodels fronting a Topshop campaign. By evoking this sense of modernity, online brands, in their use of the internet and the way they take advantage of social media platforms, appear more in touch with young people today.

Crucial to the success of online fashion retailers is therefore their ability to offer low prices, pay a multitude of influencers and create a strong brand identity through advertising. This requires a large marketing budget and enough popularity to allow for this in conjunction with very low pricing. It is the online factor that enables this; no running costs need to be spent renting space or paying in-store teams, as is the case with high street shops particularly once expanded. High street shop New Look, for example, announced it would be closing down 85 UK stores in 2018, the result of expansion that it could no longer afford.

Instead of generating enormous running costs that might easily become unsustainable, online retailers can spend profits on major advertising campaigns to boost sales further. Clothing website isawitfirst.com is one example, having landed the spot as major sponsor of reality show Love Island this year. Launched just two years ago, its ability to afford extensive product placement on a show watched by millions, six nights a week for two months, suggests both its prior financial success and clever branding.

Why Have High Street Brands Launching Internet Based Initiatives Failed?

The benefits of online-only fashion retailers for customers and companies raises the question of why high street brands appear to have failed to adapt to strategies used by online-based retailers. Almost all high street companies now have online shops; the Arcadia Group’s collaboration with internet service provider Zoom.com in the 1990s meant brands like Dorothy Perkins and Topshop were some of the first to be offered online.

Though websites and apps have meant increasing sales from high street shops online (New Look, for example, experienced a 15.5% increase in revenue from third party e-commerce sales despite a total revenue decline of 7.3% in 2017-2018) they are often slow to be updated. Clothes online are not always illustrative of what is available in store, discouraging users who know they can access the latest trends on fast-fashion websites. Boohoo plc’s 2019 report describes ‘hundreds of new products added daily‘ as one of six ‘key characteristics‘ of its group, which includes nastygal.com and prettylittlething.com. Website-only shops can focus all their efforts on the online store, rather than thinly stretching resources with potentially detrimental effects on physical and digital stores.

The Power of Online Influence

The lack of sponsored deals with reality stars, influencers and YouTubers is perhaps more puzzling – the ability to compare online to physical stores is a clear disadvantage of high street shop websites – but celebrity collaborations would boost brands. This is perhaps the result of this initiative stemming from websites resulting in limited options for high street brands late to the game. They would have to offer competitive prices, which, with many undergoing financial restructuring (such as New Look and the Arcadia Group) and larger operational costs would not be feasible. Such brands may have been, or still are hesitant, to engage in this form of advertising which is now the hallmark of newer, cheaper companies.

Is a Complete Takeover of the High Street Inevitable in the Near Future?

The question of whether high street fashion will eventually collapse completely due to competition online remains. Whilst increasingly attractive to customers, the end may not be in sight just yet as online retailers face some problems of their own.

One is environmental concerns about fast fashion sold online, with mass-produced, fashionable clothes liable to end up as landfill as soon as they go out of style. With the Extinction Rebellion protests earlier this year, environmental concerns are becoming more prevalent particularly among young people. A YouGov poll revealed that 23% of 18-24 year olds, a key demographic for online fashion retailers, ‘strongly’ supported the protesters, whilst 24% ‘somewhat’ did so. This could potentially limit the reach of fast fashion retailers among their target demographic in the future.

There is also the possibility of an online sales tax being introduced in the UK, following in the footsteps of France. This would increase operational costs on online fashion companies who would have to raise prices, perhaps discouraging customers, to generate as much revenue as they do currently. The Housing, Communities and Local Government Committee proposed the tax in its 2019 report as a way to save the high street. Though stated as illegal to implement under EU law, once Britain leaves the EU an online sales tax could become reality.

Navigating business expansion can also be difficult for online retailers. Not all are succeeding. ASOS plc’s March-June 2019 report noted ‘operational issues associated with our transformational warehouse programmes’ strained sales in France and the USA despite remaining ‘robust’ in the UK. Growing demand can result in new pressures for some online retailers, potentially restricting their future success.

If the majority of online fashion retailers can successfully meet the rising demand for their products, and continue to appeal strongly to their target audience there is a strong possibility they could take over the fashion retail world, where the high street has already started to crumble. Whether they can do this, and whether the environmentally-conscious youth of today and political climate will challenge their ascent, remains to be seen.