What are the Benefits of a Weaker Pound? 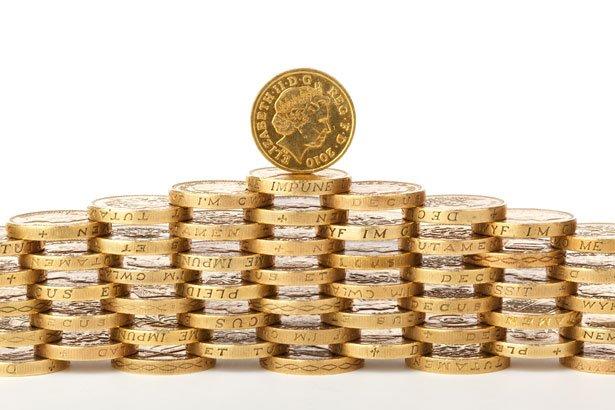 Whilst a weaker value to the pound does not necessarily sound like a factor that has great benefits for the country, there are in fact many benefits that a weaker Pound Sterling does indeed bring. A weaker pound may well help to improve the economic growth of the country, through increases in UK exports, further boosting the manufacturing sector as well as a sustaining of domestic demand, all leading to a balancing out of the country’s account deficit. With the correct measures undertaken, the UK can actually use a weak pound to ironically strengthen various economic factors in the face of so many naysayers predicting ‘doom and gloom.’

Almost immediately after results came through in 2016 from the Brexit referendum, the sterling saw a significant decline in its value. With a lack of control over exchange rates and uncertainty over the aftermath of Brexit combined with an already concerning drop in the British pound, many people both in and outside of the UK were concerned with what a weaker pound would mean for the country. And, amidst the coronavirus outbreak that has hit the UK and the world, the pound has again taken a tumble. But, is it actually so bad, particularly in the short term?

Whilst a weaker pound may be a cause for concern in some circumstances, there are benefits to be had with a weaker pound that should be be of some comfort in these uncertain times. Furthermore, most people discussing the matter of a weaker currency tend to only focus on the negatives they can find, but what about the various benefits a weaker pound brings to the country?

Why Has the Pound Dropped?

There are many different factors that account for why the pound both rises and drops in general, with such impactful moments as Brexit, at present, the coronavirus pandemic and the uncertainty both of these understandably brought for a period over the country being major contributors for this. However, as large as the impacts Brexit may have over the country’s economy are, both positive and negative, it is in no way all bad news and Brexit is not the only reason for decreases in the pound’s value (contrary to what many may have you believe.)

The pound’s worth is also contributed to by the following factors:

There are a multitude of different reasons why the pound has dropped; each factor within a certain period of time contributing to its position of value in comparison to the other currencies around the world.

What are the Benefits of a Weaker Pound?

Whilst a weaker pound may bring some challenges and difficulties, particularly in this time of uncertainty for the country’s economic future, there are benefits to be considered from this lowering in the pounds value that the country can and indeed should take advantage of. It is important to recognise these benefits in order to make the best out of the UK’s current financial situation, helping to determine the effect this value of the pound has on the country.

Three significant benefits that a weaker pound creates for the UK:

This weakening of the pound can help to sustain the amount of money spent within the country (otherwise known as domestic demand). This could help to counteract the restrictions in economic growth that could potentially be caused by such factors as reductions in UK investments and spending as a result of the uncertainty of Brexit. With regards to the UK economy and jobs market, with a lower valued pound, the UK (an already attractive country for tech and startup businesses to invest and settle in) can become yet more desirable, with foreign currencies like Dollars and Yen going further. This can enable businesses abroad to invest in the UK market to the tune of billions of pounds.

A weakened pound in the short term can help to balance out the UK’s account deficit, as it will both reduce the demand for imports to the UK, and improve the amount of exports. A lowering of the pound will do this as it makes the country’s goods and services competitively cheap in comparison to other countries, making the UK’s exports more attractive for foreign buyers to take advantage of. Also, with tourists able to enjoy more favourable exchange rates for the pound, the UK will more than likely see increases in holidaymakers coming over to enjoy all the UK has to offer, spending their money, which then trickles through to the wider economy and its growth.

How Does Brexit Affect This?

Whilst there are considerable benefits that can occur from a weakened pound, it is important to acknowledge that the way in which the country can use this may be quite substantially dependent on the outcome of Brexit come January 2021, and the implications it will have on both the country’s imports and exports, and other contributing economic factors. What can be said, is that Brexit will have a considerable impact on the economic growth of the country (for better or for worse) and the future value of the pound, and dependent upon many different factors, we may be able to use a weakened pound as a potential strength. What we do know however, is that uncertainty is undesirable for any global currency.

How to Conserve Cash in the Face of Major Disruptions