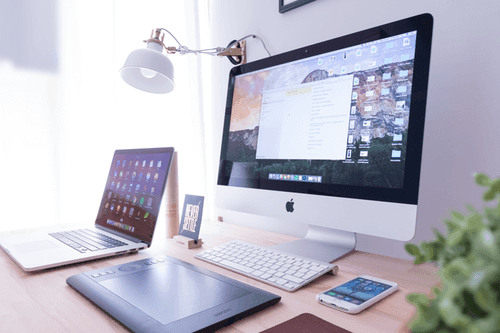 Working at home isn’t a new phenomenon. Even back in 2017, around 30 percent of company employees spent at least one weekday working from home. Indeed, this had been growing at a steady pace before 2017, and today we have seen a recent growth spurt with so many safely sheltering at home. One of the difficulties with homeworkers is enjoying fast enough internet speeds to get their work done successfully, whether they’re self-employed, a remote worker, or temporarily based at home. With more time than ever on our hands, also important to consider are those playing online games such as they casino games or otherwise.

The difficulties rear their ugly head in several ways, depending on what type of work is being done. There are also problems when trying to get work completed in a shared household where some are working while others are not. What follows is a homeworker’s guide to getting work done, living harmoniously with others, and securing better broadband internet.

Homeworking in a Shared Household

The nature of using a Wi-Fi connection is that it tends to be shared with other people. The more people use it, the slower the internet experience will be for each user, depending on the internet speed at that time of day. While you wouldn’t think this is a difficulty for homeworkers, it turns out that it has been recently since more people are home and using the net at the same time.

In a recent survey, at least one-third of UK millennials reported arguments with family members or partners over who needs to use the internet and why it’s slow. This at a time when over half of us are using the internet for entertainment e.g., Netflix streaming video and YouTube, and around two-thirds for online news.

Where Are People Working?

While it’s possible to work from the dining room table in a pinch if you’re positioned in the living room; that’s a problem. The coming and going of people and the TV being on becomes a distraction when trying to get serious work done and focus completely on it. Subsequently, many homeworkers are setting up shop in a spare bedroom that’s been converted to this use or squeezing a small desk and chair into the corner of the bedroom if it’s large enough and there isn’t another practical space to use. When more than one person is trying to work from home, the space becomes even more of a premium.

There are even people who, due to space limitations, decide to set up on the patio table every morning or to reconfigure the garden shed to convert it into an office. A conservatory is another option chosen by a few if they can handle the midday sun streaming in when they don’t have blinds installed yet.

Will the Broadband Signal Reach This Far?

When the broadband router is downstairs, which it usually is, then the signal only broadcasts so far.

It’s worth pointing out that when you decide to compare broadband deals to find something faster, the speed to the home does not affect the ability of homeworkers upstairs to grab the Wi-Fi signal. It’s a completely different thing! That might seem obvious to many, but it’s not to everyone, so we mention it to avoid confusion.

If the Wi-Fi signal is down to 2-3 bars (out of five) for the connection to the router via Wi-Fi, then the speed will be drastically reduced. In reality, speed declines the farther you get away from the router. Modern routers broadcast a much greater distance than a few years ago. However, when the signal must go through walls and/or ceilings, there may be a considerable variance between the internet speed enjoyed upstairs and the speeds available near to the router.

It may be worth investing in a Wi-Fi extender or a second router configured as a repeater to re-broadcast the router’s original Wi-Fi signal. It will cover a greater distance to get past speed declines due to the distance from the internet equipment. A broadband installer won’t usually do this for you!

What’s a Typical Usage for the Internet in Your Household?

With the kids still off school and some using virtual teaching provided by the school, video streaming is used at different times of the day.

Video Streaming/Chat is a Beast

Group video streaming services like Zoom suck up considerable bandwidth. Even for a one-on-one video call with a supervisor, they can use over half a gigabyte of data for a 60-minute call. With multiple people on the call for half an hour, a similar amount of data is consumed. In which case, a plan that offers 25 Mb or greater is probably best. As many as 40 percent of homeworking people have had problems connecting to a group video call with work colleagues recently. As a result, they’ve had to miss the meeting. If this happens too often, it may be a problem that could put their job at risk.

Coordinate with Family or Housemates

You may wish to make arrangements to schedule time blocks when people in the household can use video streaming, Netflix, and video chats. This will allow more of the available bandwidth when you’ve got to make it to a conference call. Nevertheless, that’s an imperfect solution and requires regular cooperation from everyone in the household.

When realising that your current internet provider isn’t cutting it in the speed stakes now that you’re home working, it’s time to think about upgrading. Performing a broadband comparison for your area is worthwhile. This will indicate which providers sell an internet service for your postcode and which are installable.

Broadband Plans for All Occasions

Broadband deals come in all shapes and sizes. Some are faster. Others include a second line, shorter contract terms, or a pay-as-you-go mobile SIM. Many will now offer some kind of discount or cashback offer for signing with them for a contracted period. This might be a discount on a future bill, a card loaded with credit, or a discount voucher. When looking at the best broadband deals, pay special attention to internet speeds. Some broadband speeds are as low as 10 Mb; others are set at 38 MB, and plenty offer 50 Mb, 100 Mb, or even faster.

The speed is partly dependent on what’s supported by the provider within that area. The same provider may have internet available at one speed in a nearby postcode but at a slower speed at your postcode. When you compare broadband providers and plans through a broadband comparison site like usave, don’t just fix on a certain brand. Use usave’s feature to enter your postcode, so the site can give you the most accurate information about the speeds available at your location, which providers offer it and at what cost.

Other Factors to Consider

Don’t forget to consider other aspects like whether you’ll be expected to change your landline over to a different one and if the existing phone number is transferable too?

If you currently have other services bundled with broadband like TV channel packages, then think about what you’ll do there. This might be a consideration for a Sky customer, for instance, unless you split the phone line and TV services from the broadband to move to a dedicated, faster internet provider.

Lastly, when choosing a plan, do bear in mind that the stated speed is experienced by half of all customers during the peak usage period between 8-10 PM on a weekday evening. Therefore, if that speed is the minimum that you require, it would be best to opt for the next plan up. That way, it’s more than you require, so even when the internet is running slower, it will still be fast enough to get your work done or to successfully video stream with work colleagues.

Death in Service Insurance – Get a Quote