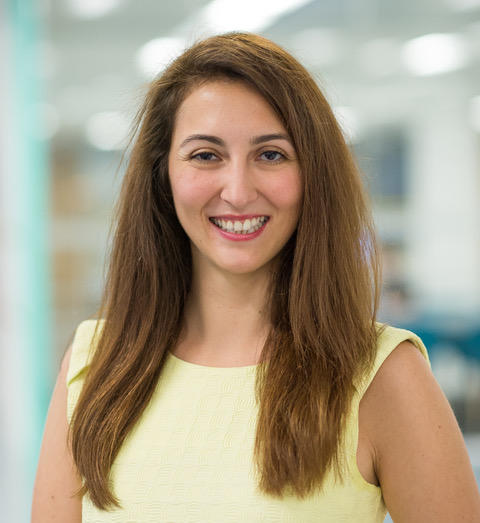 Tugce Bulut is the CEO and founder of Streetbees, the global intelligence platform founded in 2015 that allows customers to gather data and insights from people and communities around the world. We caught up with Tugce to learn more about her story and startup, which she describes as consumer-centric, disruptive and limitless.

Who Is Tugce Bulut?

I’m hugely passionate about the power of data and the positive change it can bring to the world. I’m a Master’s graduate from the University of Cambridge, specialising in poverty alleviation and global living standards, I wanted to better understand people and improve the lives of those around the world.

As a founder of a startup, you don’t get a lot of free time but I think it’s important to take a step back and switch off – even if it’s only for a little while. I love exploring my creative side, particularly through art, being able to zone-out and focus purely on the canvas is an incredible stress reliever.

I’m also a keen reader – it’s a fantastic way to learn and expand the way you think about the world. That’s why I always give books as gifts for Christmas to friends, family and colleagues. Whenever I come across something that really stays with me like “The Hard Thing About Hard Things” by Ben Horowitz or “Blink: The power of thinking without thinking” by Malcolm Gladwell want to share it with others and get their thoughts on it.

How Did You End Up Founding Streetbees?

As a consultant, I used to help the world’s largest companies launch new products in developing markets. But one issue kept cropping up: we couldn’t find data that we trusted, because existing market research solutions weren’t good enough.

This situation didn’t make sense to me. There were millions of people in these markets, all already interacting with goods and services, who would share information with us if we asked them to. Then, we’d have a huge amount of rich data that would really allow us to understand how people lived and behaved, and we could make accurate decisions about what choices they’d make.

At the time, every research company said the idea was either impossible or ridiculously expensive. So, in 2015, I started Streetbees looking to create a solution that would collect real stories from people, including photo and video content, and let brands access the detail within people’s lives.

Instead of relying on how people claim they behave, we capture actual moments in people’s lives through in-app conversations, photos and videos. By applying machine learning and advanced natural language processing technology to the data, Streetbees uncovers not just what people do, but also why they do it, and what drives them – and predicts what they may do next.

At the very beginning, we were growing so fast that our hiring processes weren’t as developed as they are now. As a result, we brought in a few people who weren’t a good cultural fit.

We were hiring the wrong people because we hadn’t yet defined our values and weren’t able to translate or integrate them into the interview process. You can’t just rewire someone’s values to match those of the company if they are fundamentally misaligned. This is why we integrate these values into every aspect of the business – including interviews – to make sure everyone is working towards the same goals.

Of course, this has been particularly important while hiring and onboarding team members remotely as we’ve had to do due to the current pandemic. But thankfully, because our process is now so well defined, it’s proving far more seamless than we expected. Our biggest success is the team – I couldn’t be prouder of what we’ve built together. Last year we were recognised for multiple awards, including the Deloitte Fast 50, the Digital Top 50, The British Business Awards, etc, and that wouldn’t be the case if it weren’t for the people I work with.

This year, despite the difficult situation COVID has caused for us all, Streetbees has actually increased its revenue by over 110% from January to June 2020, and we’re even hiring for dozens of new roles across North America and London. Let’s be honest, this isn’t something many startups are in a position to do right now.

Your Thoughts On Being A Female Founder And CEO In 2020…

There are no such things as “female” or “male” entrepreneurs, you are simply an entrepreneur but the reality is that there’s still a distinct lack of diversity among c-level positions in business, particularly tech. And that’s not just gender, but everything. Currently, only about 3% of global VC investment goes to female-founded start-ups – yes, it’s fantastic to be one of them, but I don’t want to be one of only 3%, I want to be one of many. Because my success in business has nothing to do with my gender – or my age, race or sexuality.

That’s why I’m involved in a number of initiatives, including the Female Founders Forum and the Entrepreneurs Network to raise awareness and mentor future business leaders. Just think of what the world would look like if everyone was given the opportunity to explore their entrepreneurial potential!

Streetbees Has Been Recognised As One Of The Most Gender And Culturally-Diverse Businesses in London… How Can Companies Turn Diversity Among Teams Into Their Top Priority?

If you’re building an international business, cultural diversity isn’t just important it’s essential. Our team is full of different backgrounds, races and religions roughly 100 people strong now and still growing. We have offices in London, Lisbon and New York and are continuing to expand but we also have a number of highly-skilled remote workers around the world.

How can you expect to understand consumers from more than 150 countries if you don’t understand those cultures? I’m a British Citizen, but I’m Turkish-born, and my co-founder is Australian, and even our first hires were from three different countries we needed languages and cultural diversity. For diversity to be a priority, it must be ingrained in the company’s culture by creating an environment where people of all backgrounds want to work with us, are able to do what they do to the best of their abilities, and are treated as a valued member of our team.

What’s The Most Invaluable Thing You’ve Learned In Your Journey As A Founder And CEO?

To always keep your eye on the opportunities and what COULD happen, not just what IS happening. Even in times of crisis like the current pandemic or slump, remember that the next big win is always just around the corner and to never stop looking for it.