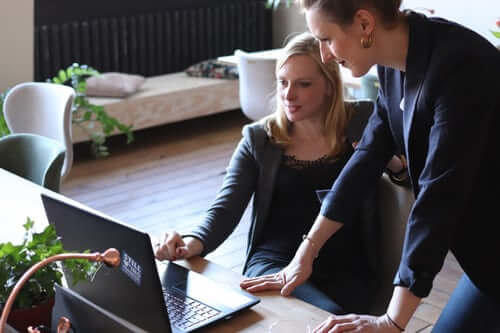 Recent reports published by tech startup UENI ahead of this year’s International Women’s Day highlight the disparate levels of opportunity female entrepreneurs face across Great Britain and America. UENI surveyed a total of over 60,000 American and British businesses, analysing how women fare across each country’s entrepreneurial landscape. The results are in: American women have significantly higher chances of starting up, being 40% more likely to own a business than those in Britain.

Key findings of the report include:

The company’s co-founder, Christine Telyan observes that, “There is an upward trend of women in business across the board. But for some reason, British women are still less ‘entrepreneurially active’ than those in the USA. We urgently need to revisit the specific barriers female entrepreneurs face in Britain today.”

UENI reports that the number of women in business in the UK is consistently rising, with female founders jumping from 17% to 32.37% of all business owners over the past four years. However, its latest data reveals that America is still ahead of the curve when it comes to closing the gender gap in business leadership.  Nevertheless, the company’s study underscores that by many measurements, the entrepreneurial landscape in each country is remarkably similar.

According to the OECD, due to women’s work life-balance, their businesses worldwide tend to be ‘smaller scale’ and in a ‘limited range’ of sectors, despite contributing to economic growth. UENI reports that this trend may continue to hold true in 2020.  Whilst female leadership in both markets continues to increase, women across the UK and USA are still less represented when it comes to bigger companies. Indeed, amongst the companies surveyed that reported employing 4 or more employees, there’s a marked drop in numbers of female founders. The bigger the firm, the report demonstrates, the less likely it is that a woman is running it.

There’s also a strong similarity in relation to the sectors that female entrepreneurs are starting up in. Across both Britain and America, women are still statistically more likely to own companies in ‘traditionally feminine’ industries like hair and beauty than in construction.

“The drive and talent is already there,” Telyan summarises, continuing, “It’s a question of how we can continue to support British women and enable their businesses to reach their full potential.”