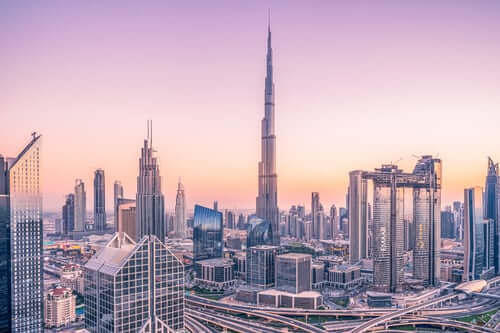 The historic peace deal between the UAE and Israel will help cement Dubai’s international financial hub status and it will compete with the likes of London, New York, Tokyo and Hong Kong in the world’s top 10 global financial centres within a matter of years. This prediction from Nigel Green, the CEO and founder of deVere Group, one of the world’s largest independent financial advisory and fintech organisations, follows an agreement being made between the Gulf powerhouse nation and the Jewish state that will normalise diplomatic relations.

Mr Green notes: “The deal underscores the pro-active and forward-thinking approach of the UAE government which seeks to further enhance its position on the world stage. Dubai is already viewed as one of the world’s most powerful, influential financial centres. This historic peace deal, which brings more stability and certainty, will add considerable strength to this position. This substantiates my belief that within the next five to seven years we can expect Dubai to be part of the top 10 global financial hubs, and aggressively compete with the likes of London, New York, Tokyo and Hong Kong.

“I can’t see any reasons why this would not happen.

“Of course, this emirate has an independent regulator and judicial system, a global financial exchange, a strong and stable pro-business government, English as a primary business language, many high net worth individuals, a privileged time zone and geography, a low-tax environment, a dynamic business community and a world-class infrastructure and telecommunications network.”

The deVere CEO also highlights the introduction of recent laws that allow expats to remain in the UAE after retirement, amongst other factors, that will contribute to galvanising the financial hub status.

He says: “This legislation will mean that firms based in the UAE will find it much easier to recruit top talent, and further boost confidence in the emirates being a place for overseas companies to invest and do business. It will encourage an increasing number of people to reside, work and remain in the country for the long-term, further enhancing its sustainable economic growth. In May, Mr Green announced plans to develop a major fintech operation from Dubai flagging up the emirate’s “passion for and expertise in innovation.”

The deVere CEO concludes: “Major traditional international financial hubs would be right to be worried that their position is to be rigorously challenged in the coming years.”