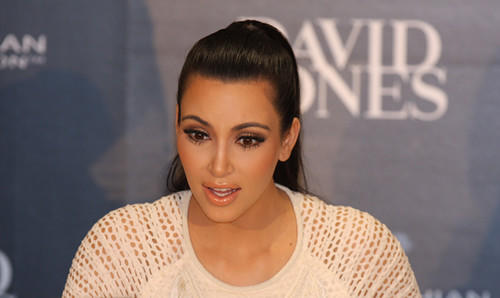 The BBC reported yesterday that Kim Kardashian is one of three celebrities currently being sued by investors in the EthereumMax cryptocurrency.

Kardashian, along with boxer Floyd Mayweather Jr and basketball player Paul Pierce, allegedly collaborated with EthereumMax to “misleadingly promote and sell” the cryptocurrency.

The legal action filed against these celebrities claims that EthereumMax was operating a “pump and dump” scheme; using misleading marketing in order to boost the price of an asset and upsell it to unknowing investors.

EthereumMax, not to be confused with Ethereum, describes itself as a “community based token that provides a 0% tax on buys”.

The company was accused of collaborating with household name celebrities, such as Kardashian, to promote EthereumMax and share misleading statements across social media.

It is alleged that the price of the cryptocurrency was mis-promoted to investors causing them to purchase “losing investments at inflated prices”.

The integrity of EthereumMax’s entire business model and marketing strategy is at stake with the court filing alleging that “celebrities (are used) to dupe potential investors into trusting the financial opportunities”.

Among the celebrities being legally implicated are former NBA player Paul Pierce who apparently took to Twitter in 2021 to share how EthereumMax had successfully made money for him.

Princess of reality TV, Kim Kardashian, allegedly posted on Instagram “sharing what (her) friends tell (her) about the EthereumMax token. Thanks to Kardashian’s incomparable reach on Social Media, the post speculating about crypto tokens was thought to have reached approximately 250 million followers.

Despite EthereumMax telling BBC News that their marketing efforts were purely to raise awareness rather than to explicitly encourage purchase, said publication from Kardashian caused the cryptocurrency to increase over 1,300% more than its initial value before falling to an “all time low”.

EthereumMax has denied all claims and stated that the narrative surrounding the court case is “deceptive”. They also are keen to differentiate themselves from class “pump-and-dump schemes”, claiming that all of EthereumMax’s PR efforts are thoughtfully planned and encourage investors to research the project before deciding to invest.

The celebrities implicated are yet to make statements as the investigation continues.