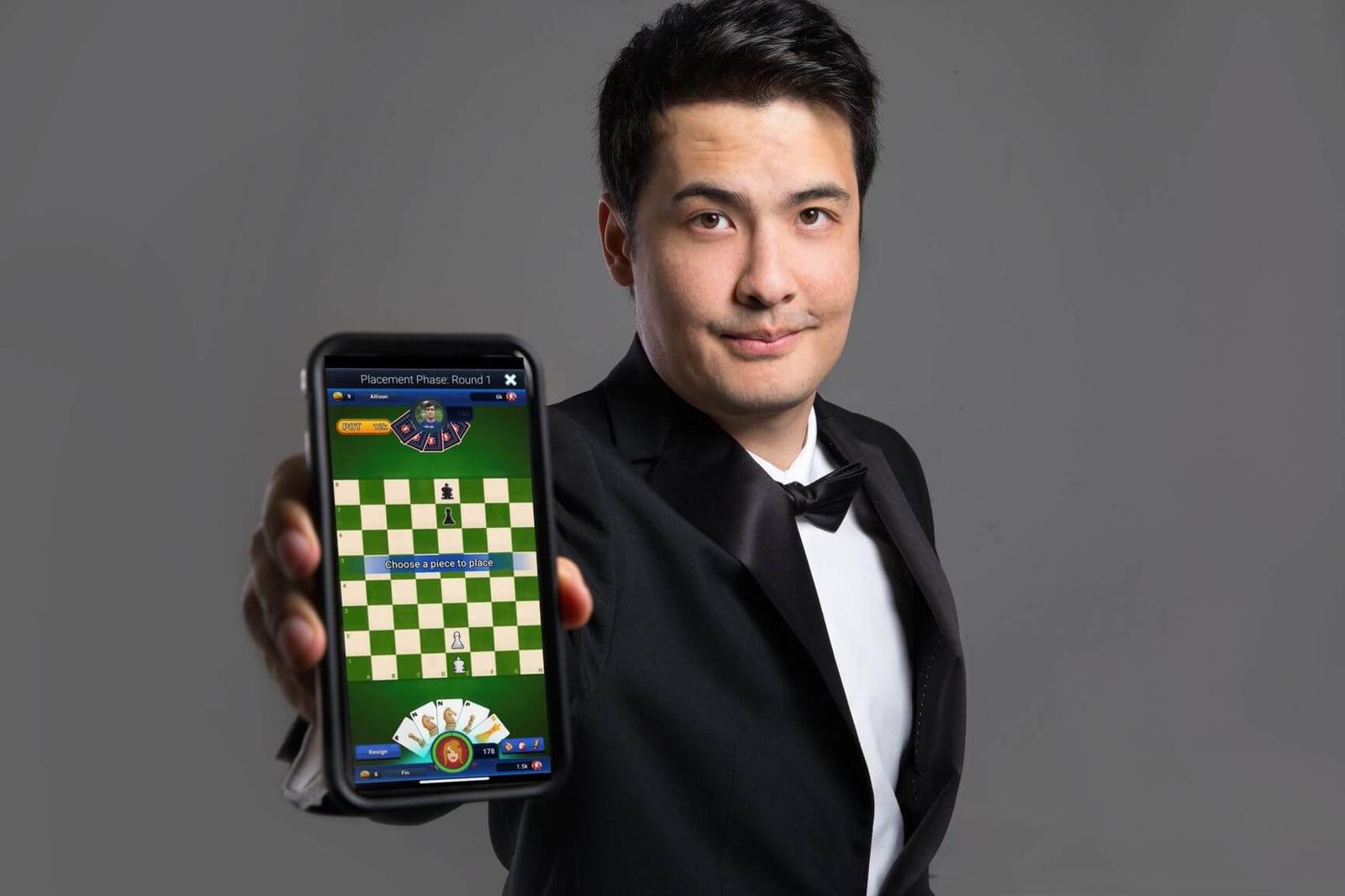 A new game that is taking the worlds of chess and poker by storm has been launched online today. Choker is a fusion of the two classic pursuits and is hailed as the first global “Mixed Mind Sport”. Developers expect it will produce its own stars and eventually a world championship to rival those of chess and poker.

The game was invented by Andrew Finan, a former chess impresario turned game designer, and has quickly become popular. Fusing the brainpower of chess with the bluff and street smarts of poker, game-makers say Choker requires new divergent skills. The simple rules centre around swapping standard poker cards with a pack showing chess pieces instead.

Players then play rounds of poker betting on their hand. When the final reveal happens, players instead then duke it out for the pot over a chess board using the chess pieces depicted in their hand. Mr Finan explained: “What we’ve got here with chess is an ancient game, which is 1,000 years old, and which is clearly not made for the 21st century but it’s so good that it has lasted allied to the classic game of bluff and chance.

“What Choker does is give a fantastic brilliant game a modern twist because people now want fast results, thrills and spills, a chance, rewards, achievements, apps and all of these things are not what chess is. Chess is very structured and it goes to form – there is no luck, no razzmatazz and what I think Choker does is sit alongside it and both chess players and poker players will like it for a bit of light relief.”

The game-makers are hoping to tap into an estimated 600 million chess players worldwide and 200 million poker players.

Choker was originally designed after Mr Finan realised he was never going to be able to beat a real world champion at either discipline.
Mr Finan ran the 1995 World Chess Championships at the top of the World Trade Center in New York between the then World Champion Garry Kasparov and young Indian upstart, Vishy Anand. But in the course of organising that tournament, he got the chance to play the legendary Kasparov several times and realised he had no chance of winning.

Inspired by their brilliance and his love poker, the CEO of Queenside Games then came up with the idea of Choker and showcased it to chess players in a London pub. They loved it and the game took off. “There is no luck at all in chess because all the information is on the board so it is really impossible for a lesser player, like me, to be a grandmaster.

“But while most games have an element of luck, like dice or card games, chess is out there on its own. So what we’ve done is add an element of chance and risk-reward, so there is luck but it’s also calculated luck. “The poker element makes you play the percentages and Lady Luck may smile on you and you may get great chess pieces at the end which may allow you to beat someone who’s better than you, so it’s something that the casual player can really enjoy.”In Choker you could end up with a casual player getting really good and ending up at the same table as a world champion. In chess that never, ever happens, and so what we have here is a game that levels things up and where you can have your day.”

After founding Queenside Games, a series of big industry names have got on board including former CEO of William Hill David Harding, PartyPoker’s Gary Oakes, the founder of Sporting Index Compton Hellyer and English Chess Federation director Malcolm Pein.