Over 50% Of Brits Considered Living Elsewhere Due To COVID-19 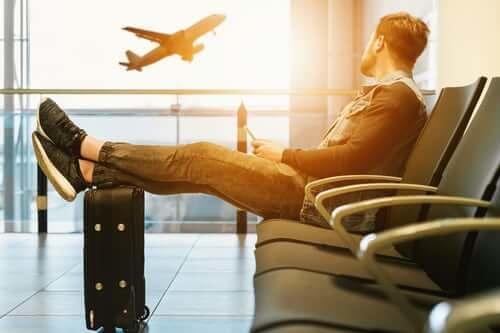 UK money transfer platform, MoneyTransfers.com, commissioned OnePoll to conduct a poll of 2000 Brits. It revealed that 63% of Brits have considered living elsewhere since the introduction of new COVID-19 working conditions. Nearly half of the respondents chose their newly found “ability to work remotely” as one of the main drivers for considering to move elsewhere:

Nearly 1 in 2 have thought about moving within the next 12 months. However, it appears that the UK is the main stay, with 74% choosing to relocate within the UK, only 12% opted to move abroad, leaving 14% still unsure:

Within the UK, London remains top, with nearly two-thirds of Londoners opting to move to a different part of London, or slightly further out from the capital. However, with staycations big this summer, many popularising the likes of Cornwall and Devon, the South West came 2nd. The pull of the capital remains strong though, with the South East region coming 3rd:

For those looking to move abroad, for all demographics, Spain came top:

3 out of 4 of Gen Z and 70% of millennials had considered a move due to changes in their work environment, compared to just 54% of Gen X and 46% of Baby Boomers. Of those interested in living abroad to work remotely, Spain was the most popular choice by some margin, particularly with the 35 – 34 age demographic. For the Gen Z demographic, English-speaking countries were more popular, with Australia followed by the US being the most popular choice.

Baby Boomers on the other hand preferred Italy and Portugal as their preferred relocation destination, with the ability of these individuals to take their UK pension out in both countries.

68% of men said that they’ve considered moving elsewhere if remote working continued to be available, compared to 50% of women.

London received the most votes as the location respondents would move to across all age brackets. However, a larger percentage of women voted to move to the South West or the South East than men, 29% of whom would move to the capital, or to another part of the capital (i.e. zones further out from the central London). 46% of women selected “missing their family and friends” as the main reason for not wanting to move away from their existing home, with the “cost of moving being too high”, the main reason for men at 41%.

MoneyTransfers CEO, Jonathan Merry, commented on the findings “With many companies forced to adopt a work-from-home policy. This action saw a meteoric shift in attitude towards a higher level of acceptance for employees working from home, as they demonstrated that they were able to do so.

With many working from home for an extended period of time, the general public questioned whether they could be rid of their commutes, large rents, or mortgages for good, and instead, live and work from somewhere else – 63% thought this to be precise.

I believe that this on-going experience will ultimately provide the public with more freedom to live and work remotely in the future, with digital being at the forefront of this movement. Moreover, from the perspective of a tech start-up CEO, this has levelled the playing field in this regard, with many start-ups more nimble to the change in the working environment compared to big corporations. MoneyTransfers for instance is now fully remote for the foreseeable future and we expect other start-ups to do the same.”

Follow this guide for tips on how to increase your house value.