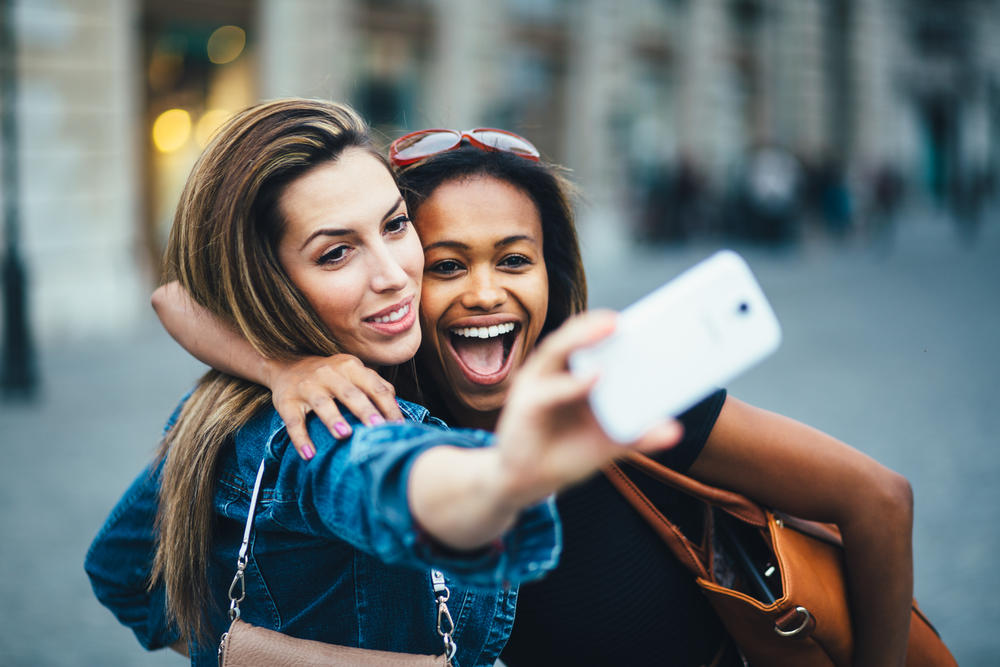 In 2014, Google Analytics divulged that we take around 93 million selfies every day. There is no study to say how many selfies we take in 2020 per day (the number would most likely break Google’s system) but we know for sure, it’s a lot!

However, taking the selfie is just the first step of social media activity, which usually involves far more commitment and effort than that. In fact, Case24.com conducted a study which found that only 29% of people would post a picture without editing it.

The study analyses the editing habits of Brits before uploading a picture on social media. Case24.com asked 3,064 people from around the UK whether they would post an unedited picture of themselves. The following results show the areas where people are more or less likely to edit their pictures. 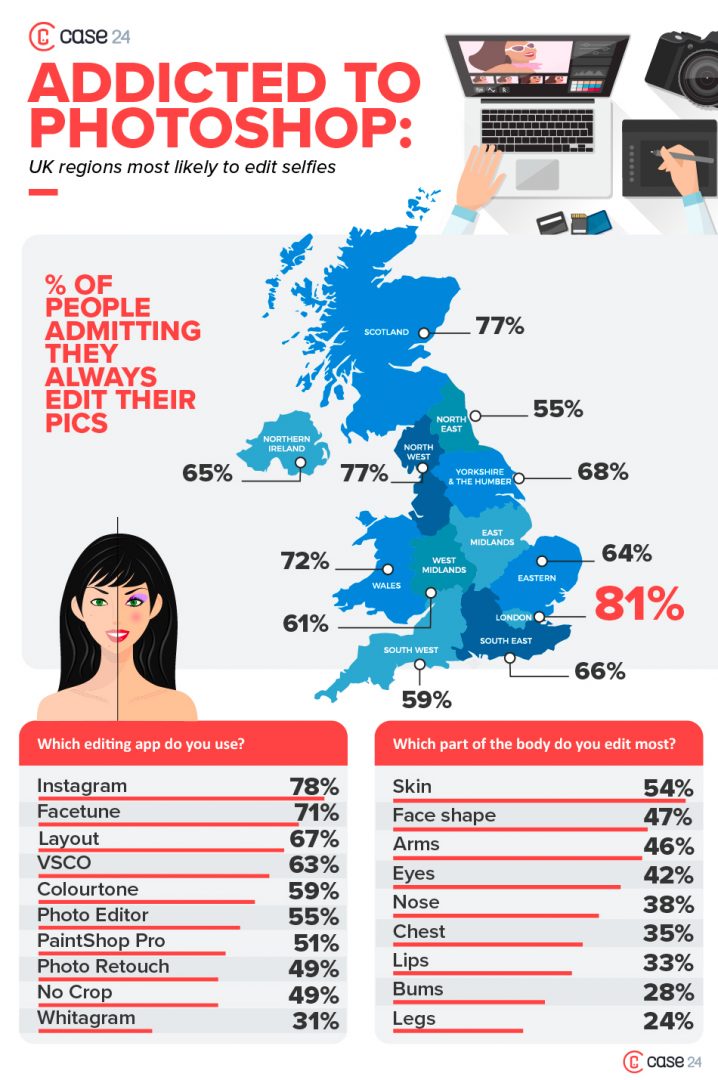 These are the areas where people do not post ‘untouched’ pictures

Perhaps unsurprisingly, the capital was revealed to be the area where most people wouldn’t post an unedited picture on social media. In fact, a whopping 81% of respondents from London said they wouldn’t post a picture without touching it up.

In second place we find Scotland, where 77% of respondents said they edit their pictures before uploading them online. Closely followed by the North West, where only 25% of respondents would post an unedited picture of themselves.

At the other end of the scale we have the North East, the area with the highest number of people who post unedited pictures (45%). People from the South West are not massive fans of editing either (when compared to Londoners at least), as 41% said they don’t mind posting unedited pictures of themselves.

Which are the body parts we want changed the most?

Furthermore, Case24.com sought to find out which body parts Brits edit the most.

The results show that, when it comes to editing, 54% people like changing imperfections on their skin. Next is face shape, with 47% of people saying they touch up details like a sharper jawline and higher cheeks.

46% of the respondents said they are unhappy with how their arms show in pictures and prefer to edit them, whilst eyes come next with 42%.

The Kardashian effect – 35% of people touch up their bums in pictures before posting them online, while 33% said they edit their lips.

Legs have been revealed to be the least edited body parts, with only 24% of people saying they touch them up.

Which are the most used editing apps?

When it comes to editing apps, most people (78%) prefer using the editing features on Instagram. The next most popular editing app is none other than Facetune, with 71% of respondents saying they use it. This comes as no surprise, as data from the Guardian shows the app was downloaded more than 20 million times in 2018.

VSCO, Layout, Photo Editor and Paintshop Pro were also some of the apps used by over 50% of the respondents.