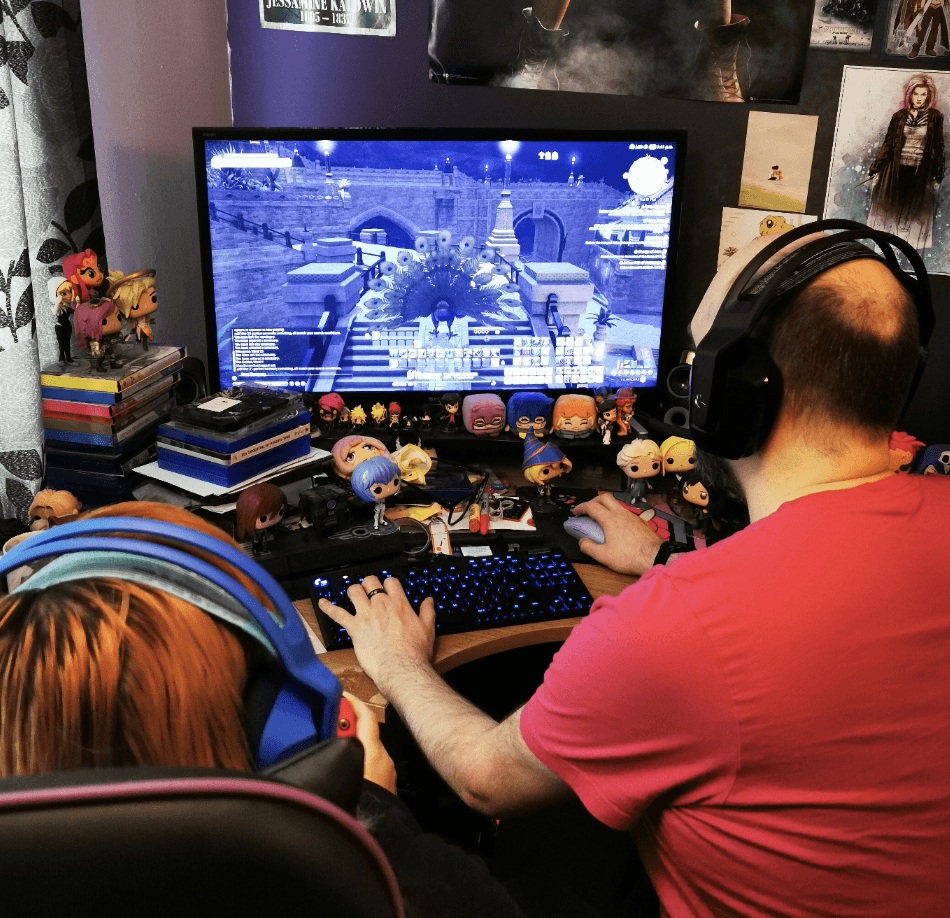 Sick of swiping right to find true love? We’ll you’re not alone, new research reveals more than a third (37%) of Brits said they would rather meet their partner via a video game than a dating app.

We Found Love in a Gaming Place

Surprising data from Logitech G UK found that of those looking for love, 60% of amateur gamers admitted they met their significant other while playing a video game online.

And all is fair in love and war, as two in five Brits take to the gaming battlefield, in arenas such as Call of Duty or Minecraft to test their compatibility with a partner.

The survey of 1,000 game-loving Brits, who confess to gaming at least seven hours per week, found that 70% believe couples who game together are more likely to last in a relationship- with three-quarters of couples gaming together regularly.

Dating expert and coach, Hayley Quinn, believes the pandemic is responsible for this rising trend of people jumping into ‘the dating game’.

Commenting on the Logitech G research, she said: “Meeting someone for the first time in a video game actually has so many benefits compared to traditional dating. For starters, and this is a big one, it’s safer and cheaper than meeting a stranger in person.

“If you spend your first date successfully completing what are essentially team building and conflict resolution challenges through playing a video game together, this is a great indicator of your compatibility in real life, and helps to establish a deeper connection than a simple video call.”

Interestingly women were more inclined to fall in love through gaming than men, with more than a quarter saying they would rather seek out a partner through gaming than online dating. For millennials, nearly 80% saw a gaming romance as the key to longevity when looking for love.

The behavioural shift comes after a year of lockdowns has forced many of us to find new ways to socialise and meet people. With Brits stuck inside and unable to meet people face-to-face, many have turned to video games to stave off loneliness.

A whopping 72% of respondents said they had relied on gaming communities for social contact through the Covid-19 pandemic, and 64% said that gaming made them feel less lonely during lockdowns and restrictions.

In fact, finding a community online has been so important to some people, that Brits have spent an average of four more hours a day gaming than they did before the pandemic.

Logitech G UK is running a nationwide give away, encouraging long-distance gaming romantics to share their story on Twitter to be in with the chance of winning a special bundle from its New Gamers Colour Collection.

Craig Watson, spokesperson at Logitech G UK commented: “We firmly believe gaming has the power to bring people together, which is why we have spent the last 12 months focusing on introducing gaming to new people who may not have experienced it before.

“In a world where people are meeting more frequently online first, it is great to hear people are building a special connection through the mutual interest of gaming.”

To help long distance couples continue to connect through lockdown, Logitech G UK is giving away a special couples’ bundle to Brits who have met their significant other in a video game. The bundle consists of two pairs of gaming headsets, mice and keyboards from their New Gamers Colour Collection. To enter, reply to Logitech G UK’s Tweet between 09.06 and 14.06 with a story of how you met your partner. Ts and Cs apply.