Why Mobile Gaming Is Taking Over The Market 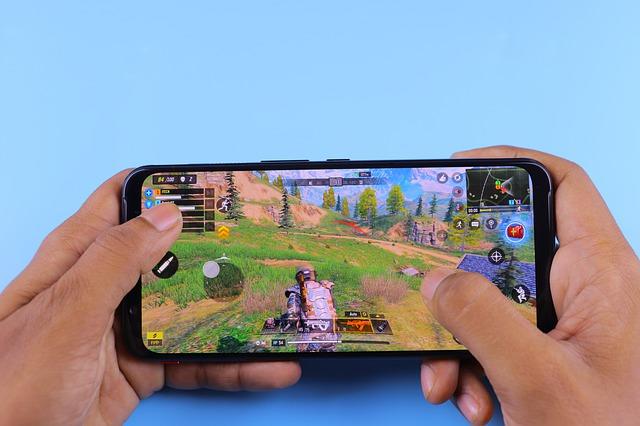 Even if you think carefully, you might not be able to name more than three people who don’t have a mobile phone – specifically, a smartphone. It’s strange to think just how many of us are carrying handheld computers with us all day.

Capable of making video calls, banking, emailing, VR, AR, listening to music and those are just some of the basics. But mobile gaming is one the rise, and it’s not hard to see why.

In 2021 the gaming industry was given a worth of $300 billion, an estimation by Accenture – but what might be more surprising is that the mobile gaming market makes up a sizeable $55 billion of that total.

It can be difficult to think back to when the mobile phone was a large, heavy brick-shaped item that wasn’t cool and only had the capability to make phone calls – which often had patchy reception at best.

But now… now the mobile phone is lightweight, packed with features, and there are hundreds of ways to use it to communicate with friends and family – including playing games with them.

What is it about mobile gaming that sees people flock to certain apps? How is popularity increasing so quickly? From Monopoly slots to PUBG – why are mobile games sweeping the globe?

Mobile gaming had a great start, but it wasn’t in tablet or mobile phone shape. Mobile gaming starts with mini handheld games that have basic graphics and limited music or sound effects. Over time the technology used in larger consoles began to get distilled down into something smaller – and one of the first, and the first that many people have fond memories of is the Nintendo Gameboy.

Now the handheld consoles are faster, lighter, and have the capability to download games from their websites.

The mobile phone, in many respects, feels just like these early gaming devices – except in many cases, the mobile phone is lighter, faster, offers better music and has access to millions of games.

The path for mobile gaming was set long before mobiles were capable of playing games.

Gamers have also had to make a decision – will they go out with friends, or are they staying in to play? Of course, now, with the internet, they can play games like League of Legends, Fortnite, Apex, Pubg, Ascension, and more with friends online on the PC. Or set up internet on their console and join each other in a range of console-based games.

But at the end of the day, unless you bag up the PC or console and take it with you, you need a handheld device to play games.

While the mobile phone is more convenient, the Nintendo Switch, PSVita and other handheld consoles do solve that problem.

Almost all mobile gaming apps are designed with speed and ease of use. Game developers know that the typical mobile gamer doesn’t have hours to spend on a game; instead, they need something that can be picked up and put down later – short gaming sessions on the go.

With a mobile phone, you have good battery life and an internet connection, it’s easy to log into your accounts, and you have access to millions of games via the app stores. But the mobile phone is one of the top ways to play games on the go because it has everything else you need to.

You can switch between making calls and playing games in no time at all.

Does Mobile Gaming Have Limitations?

Most likely mobile gaming is never going to have the popularity of console or PG gaming, but that’s not to say it’s going to have a good try. When mobile games were first released, they were the lighter, very stripped-down version of popular games – but now they can be as immersive as possible – with a tiny screen.

No matter how great the graphics, they are still going to be presented on a smaller screen, and for some, that isn’t ideal – and it is a limitation that game developers need to tackle.

Another downside, although it is improving every year, is that mobile phones only have so much battery life – and games tend to eat the battery pretty quickly. Mobile charging units and cables can make the process much easier, but you’ll need to find somewhere to plug it in.

And perhaps the final limitation when it comes to mobile gaming is that there are limited controls. While developers do lean into using the screen, voice commands and tilting the phone – there is a limitation on the possibilities.

The variation of mobile games available today is phenomenal – the app stores are packed with options. You can find it no matter what type of game you like to play!

There are many different simulation games that are incredibly popular too! Every month there are more releases and often by big names in gaming.

What mobile gaming has managed to do spectacularly is turn people who wouldn’t call themselves gamers into gamers. Moms waiting in the car at soccer practice are playing Wordle or CandyCrush. Grandparents and more are playing Farmville.

Since there is a game for everyone, and anyone can play so long as they have a mobile phone and the internet – anyone can be a gamer.

Mobile gaming is fast, fun, effective and perhaps most importantly, budget-friendly – making it the ideal way to spend time.