Spudsy is a California-based, all-female food startup who produce sweet potato-based puffs which are gluten-free, vegan, non-GMO and free from the major allergens. The company claims that over 150 million pounds of supposedly ‘imperfect’ sweet potatoes end up going to landfill every year, because of their size, colour or shape. The goal of their ‘Save the Spud’ mission is to salvage a total of one million sweet potatoes by 2021 and convert them into snacks.

Last week, the innovative startup was named as the top dog on PepsiCo’s annual North America Greenhouse programme, winning a grant of $100,000 to take away with them. The intensive six-month business incubator scheme mentors fledgling brands in the food & beverage industry in areas such as marketing, distribution, packaging and manufacturing. The ten participants raised their average collective revenue by over 200%, but it was Spudsy who stood out above the rest for their overall engagement in the programme and strong, purpose-driven brand. 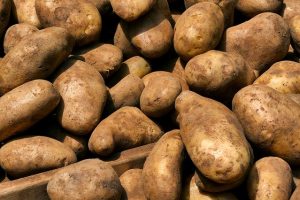 Spudsy was founded by Ashley Rogers, an ambitious serial entrepreneur in the food and drink industry, who also set up a meal kit company and is a co-founder of protein-centric food brand Buff Bake. After Spudsy was awarded the grant, she said:

“Our mentors really supported us in expanding our subscription business and overall strategy for expansion. They also helped us navigate the changing consumer landscape duringa tricky time. We’re ecstatic to be able to use the $100,000 grant to continue to grow our internal team and support our key retailers.”

What flavours are available?

Spudsy currently sell their snacks in hundreds of stores across the U.S.; perhaps they will be able to utilise their grant from Pepsi to grow the business into a global brand in the future. Maybe we will soon see Spudsy’s vegan puffs on the shelves of UK supermarkets. They also sell their product on Amazon, at $1.67 for a small, 1 oz bag.

The success of food-startups like Spudsy is indicative of transformative trends which are changing the way we eat and drink. One is the move towards plant-based foods and snacks. The number of U.S. consumers identifying as vegan grew from 1% to 6% between 2014 and 2017. As environmental matters become increasingly urgent, people are also concerned about whether their food comes from a sustainable source, and this is becoming an important priority for consumers when deciding where and what to eat.

Comment from Leon Ifayemi, CEO and Founder at SPCE