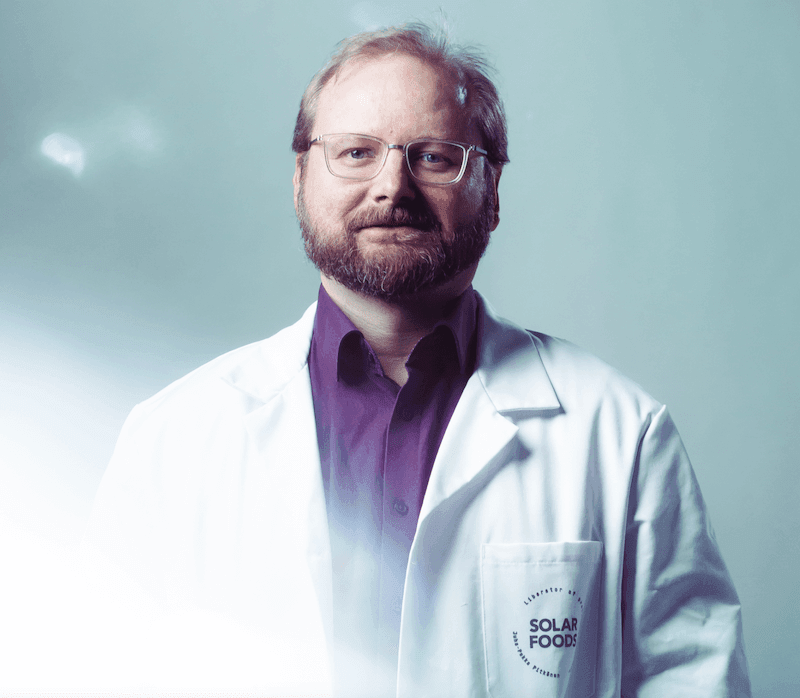 Creating sustainable food diversity by producing food without agriculture, our Startup of the Week for this week is Finnish-based tech startup Solar Foods!

Solar Foods develop technological innovations to help promote sustainability in global food production. The startup’s biotech solution “Solein” is a revolutionary combination of renewable energy and bioprocess engineering. Solein is a protein created from water, CO2 and electricity, its creation independent of weather, climate or agriculture. Solein is claimed to be the purest, most sustainable protein currently in the world today, Solar Foods explaining that:

“Protein production shouldn’t be limited by our world’s natural resources. Neither should it burden our environment. That’s why we created Solein”

The protein is said to be 100 times more climate-friendly than any other plant-based or animal protein out there in terms of water usage, land-use efficiency, and greenhouse gas emissions.

The company was founded in 2017 by Juha-Pekka Pitkänen and Pasi Vainikka as a spin off from research conducted at the Technical Research Centre VTT. This research was developed with a group of experts in renewable energy and biotechnology, who managed to create Solein within the research facilities on a small scale.

Today, the product is now ready for the market, Solar Foods planning to produce enough of their innovative creation to make 2bn meals a year in a few years’ time.

So far, the startup have raised $42 million over the course of 5 funding rounds, their latest announced in April of this year (2021), which raised $10 million from The Finish Climate Fund. This money is being put towards building the demonstrator facility, which will include a future-food bar and the Solein Experience hub. Co-founder and CEO Pasi Vainikka commented the following on the news:

“We are happy that we can soon put the Solein protein on the plates of consumers. Our first production facility will be located in Finland, and it will be the world’s first commercial facility to produce food by using carbon dioxide and electricity as it’s raw materials.”

“We want to disconnect food production from the accelerating consumption of natural resources. It is fascinating to be part of making this happen. We already have detailed plans for the production facility, but we will disclose more about them towards the end of the year when construction begins”

A chat with Thomas Vosper – co-founder of ecommerce startup, aisle 3