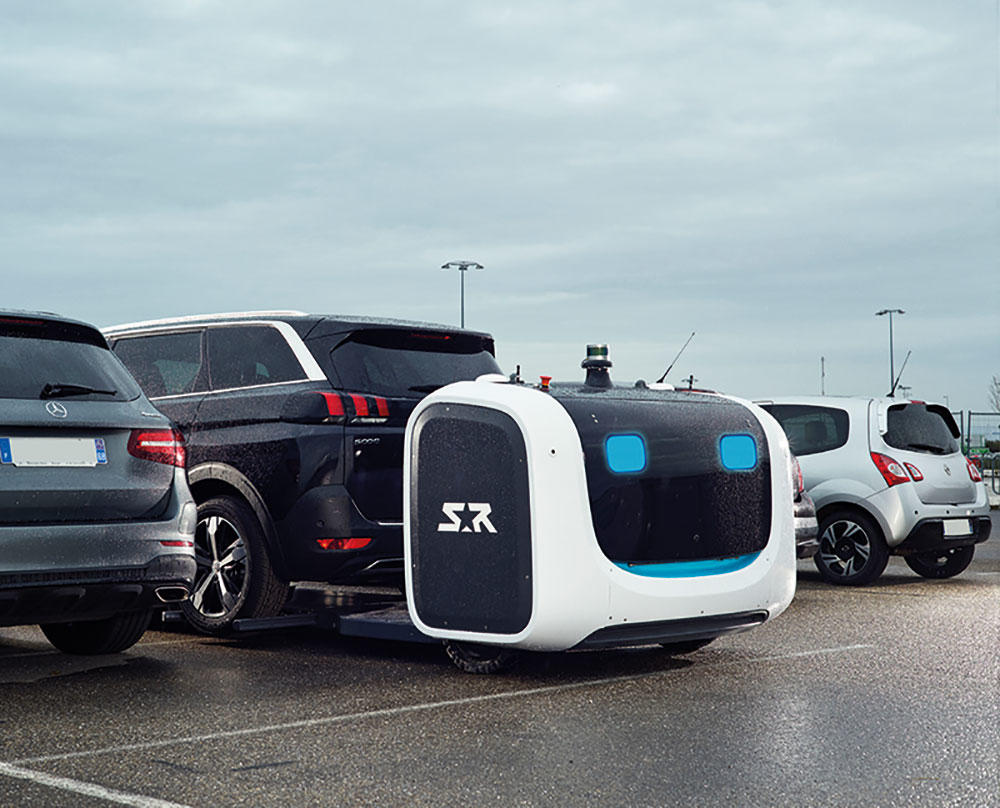 With the much anticipated travel announcement set for later on today, our Startup of the Week for this week is the smart car storage solution for the airport and car logistics industries – Stanley Robotics.

Founded in 2015 and headquartered in Paris, this innovative startup have created robots that can park peoples’ cars for them, picking them up by the wheels and efficiently block-parking them. Through Stanley Robotics’ technology, the startup can optimise the management of vehicle storage, their vision for the future being: “everything that needs to be moved will be moved autonomously!”

In 2013, the soon-to-be Stanley Robotics’ co-founders Clément Boussard and Aurélien Cord had begun working on a vehicle that could park itself automatically. After meeting their third co-founder, Stéphane Evanno, the three started up Stanley Robotics, discovering car movers that enabled you to move vehicles without them needing to be started.

The three co-founders realised that through installing software into a car movers platform, they could mutualise the tech all while reducing costs.

In 2019, Gatwick became the first airport in the UK to have deployed Stanley’s solution, signing a contract with the startup to revolutionise parking throughout the airport. Stanley Robotics claim that “The new service will be a convenient, personalised experience that will save passengers time, while also reducing vehicle emissions.”

So far, the startup have raised a total €3.6 million in funding – their latest round, a Venture Round, announced in May 2017.

Stanley Robotics further claim that “This is the first valet robot in the world capable of moving vehicles outdoors. He can adapt to different obstacles it might meet in its way. These different sensors allow it to scan its environment at any moment and adjust its movements.”

Manchester-based startup Fractory is global number one for manufacturing efficiency