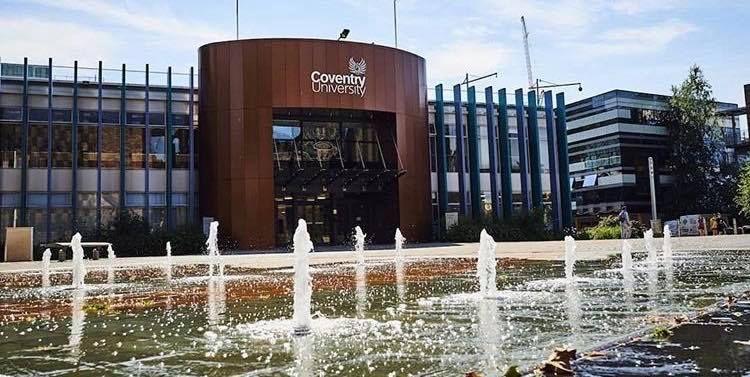 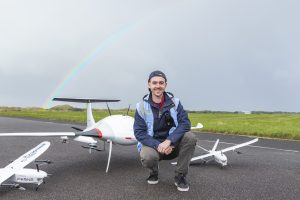 Skyfarer was founded in 2017 straight after Elliot completed his undergraduate degree in Aerospace Engineering at Coventry University. He completed the IMechE UAS challenge during his studies and discovered a new passion – using drones to complete medical delivery.

At that time drone delivery activity was not as popular– there were only a handful of key innovators. The business started as a manufacturer of drones, but prototypes failed numerous times before delivering medical supplies successfully.

Elliot and his team then began to focus on operations and how their technology could be used for medical delivery. At this stage in the process, the company was entirely self-funded and only received some small grants for prototyping whilst the team were still working full time.

Since winning some grants to support the company during the Covid-19 pandemic, Skyfarer has moved from strength to strength and grown the team to over 14 employees. They have also progressed through an overcommitted seed funding round and have received £250k of grant funding to date. They are also part of the ESA BIC UK, 5PRING Wayra 5g Accelerator, and Barclays Eagle Labs.

Skyfarer has an amazing consortium of partners, from technology enablers, to academia and also end users including the NHS. Their partnership with O2/Telefonica has supported acceleration of capability for out of sight delivery. The Skyfarer solution is designed to enable networks of scaleable Just in Time logistics with autonomous drones, from Hub to Hub, to Hub to Spoke (middle mile), and onto the last mile.

They are an operator in the near term with exceptional and leading capability for BVLOS (Beyond Visual Line of Sight) delivery with a drone agnostic paradigm of operations, meaning they can fly different drones for different supply chains and use cases.

Elliot and his team integrate all of the technology required for networks of drone logistics, integrating with conventional logistics, and bring process and compliance into a system to make drone logistics turn key.

In the next year, they plan to create the UKs first network of scaleable logistics in the middle mile for real NHS Trust medical delivery in the West Midlands. They will also be expanding their partnerships for extra delivery capabilities and Making Drone Delivery Accessible for medical delivery. 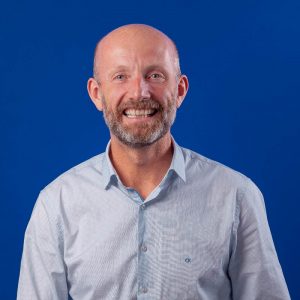 VU.CITY is the world’s largest, most accurate digital twin of cities. Accurate to within 15cm, the platform enables faster and more informed decision-making from the micro (e.g. the exact width and canopy height of London’s 10 million trees) to the macro (information on sun paths, local conservation areas and consented future schemes).

Formally launched in 2017, VU.CITY has mapped five global cities and 20 UK cities including over 1600km of London and Greater Manchester, Liverpool, Leeds and Sheffield. Adopted by almost 90% of London’s boroughs, it is helping simplify the process of planning.

The company has also recently reached some noticeable milestones. Last year, VU.CITY partnered with the City of London Corporation, Innovate UK, New London Architecture to deliver a Square Mile VR model open to the public, accurate to 2cm, which was a first in accuracy and detail over such a large area.

More recently, the team have scooped up the Digital Transformation Project Award at the UK PropTech awards for their work in partnership with the London Borough of Hounslow and Urban Intelligence, making the borough a leading pioneer of digital technologies in planning.

TransferWise now valued at $3.5B following secondary round