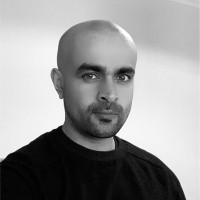 Roshan George is a graduate from the University of Warwick who has created his own business: Carbon footprint money management app CREED. In order to launch the company, Rohan worked with Brainpool.ai to help develop the AI solution engine which works behind the app’s intelligence.

CREED is a safer open banking app which helps customers to track their spending alongside their carbon footprint. In addition to this, it also helps users to gain a better understanding of the environmental impact which can stem from their spending habits, enabling society to get closer to becoming carbon neutral.

Brainpool.ai is a global AI consultancy which worked alongside the founders to develop a successful AI concept and build a working model for how the app could be scaled. CREED has now launched in Android and Apple app stores and is inviting beta customers.

The CREED app uses a solution based upon Machine Learning classification tools, which automate the collection of external carbon footprint data and match it against the user’s financial transactions to show the carbon impact of their spending habits. The app then uses Predictive AI to show the bigger impact of their habits and go on to make recommendations for carbon offsetting. Brainpool.ai created the initial web application to prove the feasibility of the solution and enable CREED to develop it further in-house. The work was carried out by Brainpool’s CTO Dr Peter Bebbington PhD and the Brainpool engineers. 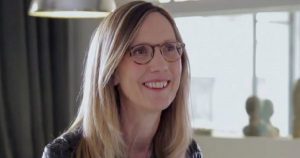 Margaret Milan is a Scottish-French businesswoman who attended the University of Warwick and then Harvard Business School. She founded the successful French educational toy mail order business Eveil & Jeux, and she is also an executive of Procter & Gamble which is located in France. Margaret has worked for this company for the entirety of her professional career in the brand management team.

Eveil & Jeux was founded in 1989 from Margaret’s own house, and she is renowned for employing female staff who are usually mothers themselves. The business grew substantially until 1995 when her husband Gilbert left his management consulting job to assist Margaret in the running of her own company. In December 1995, they successfully ran a funding round where they managed to raise venture capital funding of FF 5 million.

In 1998, the company reached €70 million in sales and at that time was employing two hundred staff on a permanent basis. In order to grow the company further, Margareth sold 70% of the company to a French retail giant, Pinault-Printemps-Redoute group, who know also own the remaining 30% of the business after accumulating over €100 million in sales.

Seattle: Home of the Start-Up