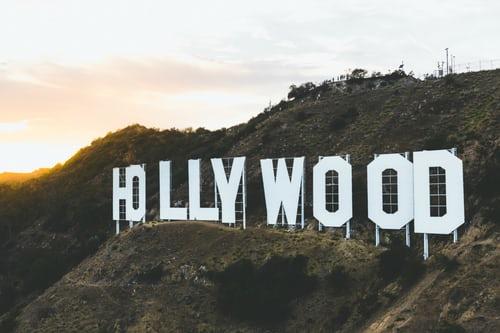 Warner Bros, one of cinema’s biggest industry leaders, is going to start using Artificial Intelligence in order to gauge the success of their films. Thanks to LA startup Cinelytic, and their AI-driven platform, Warner Bros will now have the resources to be able to test how successful a film will be based on a variety of different predictive tools. With this new equipment, it is thought that they will be able to calculate the optimum conditions for the film’s profitability, down to the casting of actors and the picture’s release date.

Cinelytic is the brainchild of Tobias Queisser (a film producer) and Dev Sen (a former employee of NASA) and was founded four years ago. They have been building and testing for the past three years and in 2018 they were able to raise $2.25 million from T&B Media Global. Warner Bros are not the only big name to join forces with Cinelytic. Back in 2018 they signed deals with Productivity Media & Ingenious Media. Since then STX Entertainment and Sony Pictures have followed suit to become Cinelytic clients.

So how does it work? Cinelytic’s software lets clients play out various scenarios with their films including tweaking specific variables (including genre, budget, release date) in order to see how profitable the film will be. With this advanced technology, the startup is even able to determine which actors will bring in the most money for the film, meaning that the film’s production team would be able to preempt sales and profitability of the film even before casting, something which is totally groundbreaking for the Hollywood scene. Using the example of DC’s latest Wonder Woman, Gal Gadot, Cinelytic claims that by using its unique economic scoring system “TalentScores”, it can rank actors by their economic impact across the film industry, including specific sub-categories such as film genre and media type. Knowledge is certainly power, but Warner Bros. claim that the software would only be used to help with marketing and distribution decisions.

Whilst unable to make any creative decisions, Artificial Intelligence is certainly able to trump human decision-making when it comes to one thing: speed. The system is said to be able to “calculate in seconds what used to take days to assess by a human when it comes to general film package evaluation or a star’s worth”, said Queisser. Whilst it doesn’t claim to be able to predict the next $1 billion blockbuster, it does promise to substantially reduce time, especially in the festival setting. It aims to reduce the expensive bidding wars in which studios risk million dollar sums based on poorly-thought-out assessments. However, Quisser is quick to note that “gut feeling” in casting decisions still holds value and is something, at least at this stage, is inimitable by AI.

This is a big step for Hollywood whose skepticism about these types of technologies have made them comparatively slow to embrace the arrival of Artificial Intelligence. Senior Vice President of Warner Bros. Pictures International Distribution, Tonis Kiis, said “Warner Bros. is excited to employ Cinelytic’s cutting-edge system. In our industry, we make tough decisions every day that affect what, and how, we produce and deliver films to theaters around the world, and the more precise our data is, the better we will be able to engage our audiences.” This partnership is thought to be the start of a wider-scale use of AI technology in the film industry with a whole host of new startups hoping to utilise AI technology to forecast film performance, potentially changing all future decision-making for the film industry.

Regimen is the World’s First Personalised Digital Therapy for ED