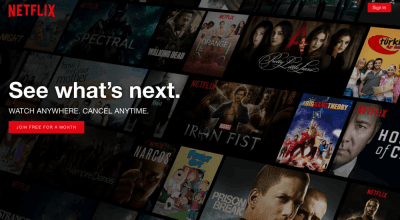 The present-day TV streaming industry is dominated by just a few companies, but this looks set to change with the upcoming launch of Britbox, AppleTV+ and more.

In recent years TV streaming services have soared in popularity. These allow viewers to  access thousands of TV shows, films and documentaries through internet connection and for a monthly fee. Whilst including shows purchased from major networks, most also produce original content, such as Netflix’s hit Stranger Things. One survey, commissioned by subscription business consultancy Vindicia, revealed that 40% of UK homes subscribe to at least one streaming service in 2019.

Ofcom’s media nations report also suggests the growing currency of TV streaming services; subscriptions to Netflix, Amazon Prime and Now TV amounted to 15.4 million, surpassing the figure for pay TV services for the first time in the first quarter of 2018.

Some of the most successful streaming services, which currently dominate the industry are Amazon Prime Video, Netflix, Now TV and hayu. Amazon Video was launched in 2006 in the USA, though took ten years to launch worldwide. With almost six million UK households subscribed in the first quarter of 2019, it has become extremely successful, joining the likes of Netflix, which began streaming in 2007, Now TV (2012) and hayu, (2016).

What New Services are Launching?

However, in the next few months these services will be joined by a host of new competitors. Britbox, a platform launched in the USA and Canada in 2017 and featuring British TV shows is a joint venture by ITV and the BBC is set to become available in the UK this autumn. Apple announced the launch of AppleTV+, a brand new streaming service, in March.

Though not much information has been revealed as of yet – Apple’s press release stating that the price will be revealed only in autumn 2019, it lists an impressive lineup of celebrity creators, including Oprah Winfrey, Reese Witherspoon and Steven Spielberg. Disney+ yet another upcoming streaming service, set to launch in November in the USA, has not announced a specific UK launch date, but has stated its aim to expand to Western Europe in 2020. Thus, a range of new and ambitious services will be all be introduced around the same time.

What Impact Will These Have on Existing Streaming Services?

These new competitors will affect the position of existing streaming services, posing a considerable threat to the customer base of services like Netflix and Amazon Prime Video.

One reason behind this is an increased strain over content. TV networks with a wealth of pre-existing content can limit the range of shows that services like Netflix can feature by withdrawing their shows and providing them through their own streaming services. This is likely to happen faster in the US but will eventually affect UK streaming services similarly.

Disney, for example, which owns Pixar and Marvel announced it was ending its contracts with Netflix in 2017, in order to stream its own content. New services can therefore deprive existing, broader services of the range which makes them so popular among a variety of users, contributing to a potential decline in the future.

Anticipation of this decrease in licensed content has seen a rise in spending on original shows from giants Netflix and Amazon, with the former’s content chief Ted Sarandos announcing that 85% of new spending would be on original shows in 2018. At least some of Netflix’s original content is succeeding, with its Stranger Things, topping this week’s most viewed content on Netflix UK.

However, Netflix only began releasing its most viewed content lists in April, perhaps suggesting recent, rather than long term success with original shows. Licensed shows still make up two thirds of its overall US content, and constituted 63% of its US streams last year according to 7Park data. Whilst UK figures are unavailable, a similar trend is plausible.

Whether Netflix can produce enough successful originals before the upcoming explosion of competitive services remains to be seen. This will require a large budget and quick turnaround. It may not even be enough to salvage existing services, as new streaming platforms plan on launching originals such as AppleTV+’s upcoming The Morning Show which will feature Steve Carell, Jennifer Aniston and Reese Witherspoon.

Cheaper prices are also likely to entice viewers away from current streaming platforms and towards newer services. This month it was reported that Britbox, which will air archival content, would cost just £5.99 a month at £2 less than the current standard cost of Netflix. Meanwhile, Netflix recently announced a raise in prices, with the standard cost increasing by £1 a month in the UK. This move is financially necessary according to New Constructs, an investment firm, due to subscriber growth not making up for spending costs.

This reflects the waning popularity of Netflix as it loses rights to hit shows. This could further cost it viewers as new services with desirable content produced by long-established household names are made available for less. Other companies appear to be acting in a similar vein, with Now TV increasing the cost of its Sky Cinema Pass by £2 a month this year.

The TV streaming industry is therefore set to explode as a variety of new competitors enter the market with the ability to remove content from existing platforms and promising lower prices. Though more information is yet to be released about AppleTV+, Britbox and Disney+ as well as services like WarnerMedia’s streaming service, currently set to launch only in the US, it looks as though existing streaming companies could face trouble in years ahead.