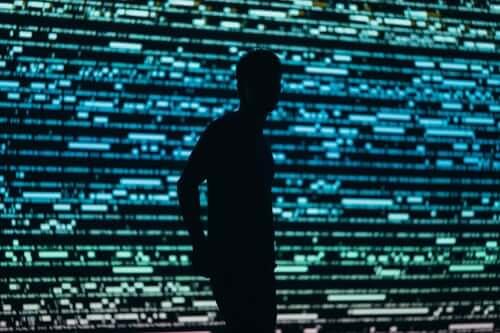 While the rest of the world marvels at the possibilities that come with facial recognition the EU appears to be taking some backward steps, having recently come out to say that they would consider banning the technology, just because of the safety hazards that come with it.

The EU is cautious of the technology being misused, especially after it is introduced to (more) public spaces. It seems like the whole concept of using facial recognition in public areas was just introduced, but it has already managed to be implemented with some success across parts of the world in countries including the US, Australia and New Zealand, who are actively using it to prevent crimes.

The concerns that the EU has are mostly around ethical concerns. Companies that use facial recognition technology have a history of creating illegal databases, based on people’s Facebook profiles (and then potentially using that information for their own gain).

This brings up some concerns within the EU, who are now looking for a 3-5 year ban on the technology. In this time, the EU wants to come up with the appropriate regulations for facial recognition technology, helping to prevent “unethical” behaviour.

Whilst the EU is willing to give up the advanced technology, the rest of the world is definitely not.  Facial recognition has been widely applied in Australia (and now, in New Zealand) to prevent the problem of underage gambling. Gambling is very popular in the region, which means that mistakes should be avoided at all costs, as part of a responsibility to responsible gambling practices. Whilst there are casino staff working at many venues (who are capable of manually checking the IDs of the players), some gambling venues are set up in a different way.

In these instances, anyone can just enter the premises and play without getting checked through human interaction. Facial recognition technology is then used to determine whether the person entering could be underage. If the system says that the person is potentially an illegal gambler, then the staff will check them, in person.

One of the biggest casino operators in NZ, SkyCity Entertainment Group has already introduced facial recognition technology to a few of its venues. It can identify problem gamblers and block their access to machines. This is a potentially great way to prevent illegal gambling. It could even improve the industry’s reputation, provided that it manages to bring down the number of underage players, playing in casinos illegally. Most of the new online casinos use advanced technology to identify problem gambler patterns.

Now, a similar approach will be introduced in traditional, bricks-and-mortar casinos. Christchurch Casino (also located in New Zealand), is out to trial the technology, hoping to increase the overall level of security. This is one of the best uses of facial recognition. It has already helped many people, preventing any future complications and allowing casinos to go about their business in a more ethical way.

The Dangers of Facial Recognition

Facial recognition technology presents possibilities that are simply too extensive or far-reaching for us to ignore. But the EU still seems set on prioritising security concerns over adapting and technological innovation. The scope of what facial recognition can do goes far beyond the gambling scene. We have now all seen some of the largest retailers use the technology to beef up their security, something already used at airports for years. The police have direct access to these databases and can cooperate much faster, thanks to these facilities.

Even though many countries are now using facial recognition to their advantage, the concerns are still there, even in Australia and New Zealand (a part of the world, which is not considering blocking the technology over the next five years). Security, privacy and other, similar issues are still very much alive and present in these communities. But since security is so important to the venues, they decided to take the gamble anyway.