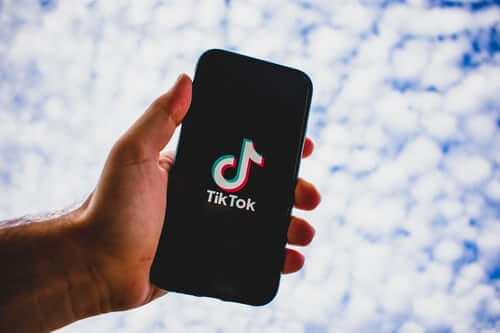 TikTok is the go-to app for many looking to pass the time during the lockdown, but research from comparethemarket.com reveals that the latest dance routines are causing havoc in homes up and down the country. Almost a fifth (18%) of UK adults have admitted to damaging household items whilst attempting to recreate a famed TikTok routine. Megan Thee Stallion’s Savage, Wiz Khalifa’s Something New, and Nahzzy & Legend’s (produced by House of Evo) Lean With It (Rock With It) are among the riskiest dance routines when it comes to causing damage in the home.

Scrolling TikTok and creating videos can be a fun way to pass the time, and nearly a third (32%) of UK adults admit to using the platform several times a week. While it has typically been a favourite amongst Gen Z (49%), other age groups are following their lead, with over a third (34%) of 25-34-year-olds and almost a third (31%) of 34-44-year-olds admitting to using the app every day.

According to the research, the top 10 most popular TikTok routines are:

Delving further into the research findings, ‘The Renegade’ and MC Hammer classic ‘Can’t Touch This’ are the most popular routines for Londoners to learn (62%), whilst the ‘Floss’ is most popular among those living in the South East (51%).

Interestingly, Come Around Me (the challenge created by Justin Bieber) is more popular amongst men (27%) than women (20%); maybe they are secret Beliebers? But we’re not judging.

Practicing the latest dance craze is all fun and games, until you break something valuable. According to respondents, the five TikTok dances they believe to be the riskiest are:

The average cost of repairs as a result of a TikTok dance disaster totals £341, and shockingly 6% who have caused damage, have had to spend more than £2,000 on repairs.

Breaking this down by region, London residents are causing the most damage to their homes (46%) perhaps due to having less space to practice a TikTok dance, followed by the South East (30%) and Yorkshire and the Humber (28%). The top five most damaged household items are as follows:

Commenting on the research findings, Chris King, head of home insurance at comparethemarket.com, said: “Since lockdown was introduced in the UK, some people have had more time on their hands, which has had a huge impact on the growth of TikTok and in those wanting to try out the latest routines. However, they are not always easy to get right and it’s interesting to see just how much damage these dances can cause in the home.

“To avoid damage in your home, try to give yourself plenty of space when practicing a routine, or head outdoors if the weather permits. It is also worth checking your home and contents insurance to ensure you’re covered for the cost of any damage that may arise.”