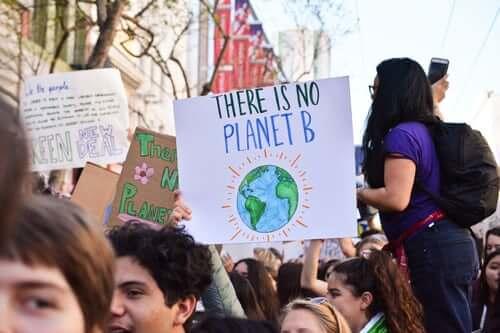 The UK is a world leader in tackling climate change and has been for quite some time, having legislated for a clear plan to reduce the country’s carbon emission levels by a minimum of 100% of what they were in 1990. The UK is the first major economy to enact this, growing its economy significantly whilst also reducing emissions by a whopping 42% from 1990 to 2017. Important to note is that the UK only contributes around 2% of global emissions and whilst this may still be of interest, when taking into account that China produce 66% of their electricity from coal, whilst coal consumption in India doubled between 2004 – 2014.

However, when it comes to about these larger contributors to carbon emissions, global warming and climate change, we hear next to nothing from almost every single climate change group, lobbyist or campaigner speaks up on this. Rather, the UK is continuously singled out and commanded to declare a ‘climate emergency’ as one of the ongoing conditions of these campaigners and groups, who ironically take it upon themselves to hold up traffic, causing traffic jams, idling vehicles and increased emissions through remaining stationary due to the protests in Westminster and beyond as well as the unnecessary obstructions (and red paint).

In reality, the UK is one of the world leaders in reducing its emissions, being better with energy efficiency year after year and taking steps to reduce its contribution to any form of global warming and climate change and after Brexit no matter the outcome, these positive steps taken by the UK will continue.

The UK’s climate change plans were established through the Climate Change Act 2008, which implemented the Committee on Climate Change (the CCC). The CCC helps to both advise on how to stick to a carbon budget, whilst also monitoring the progress of the UK’s budget. Sticking to the UK’s carbon budget is vital in helping to reduce the UK’s emissions, and furthermore the world’s. In sticking to this carbon budget, the UK could help in reducing global warming from going above 2°C as much as possible, and continuing to outperform both the EU and much of the rest of the world who seem to lecture the UK on this issue.

The UK is currently on its third carbon budget (2018 to 2022) and is set to outperform its set budget, contrary to what the likes of Extinction Rebellion may have many believe; both the first and the second carbon budgets were met. Interestingly, the CCC claim that the UK is not currently set to meet the next carbon budget (2023 to 2027), and that more “challenging measures” will have to be applied in order to meet the minimum 100% target. However, that said, taking into account the previous carbon budgets, the UK remains a world leader in this space.

Sticking To The UK’s Carbon Budget

The CCC monitor the UK’s carbon budget in order to ensure its being followed and help to suggest improvements on where the country can reduce its emissions in order to make this budget and continually perform better. The Committee have listed the following areas of focus that have proved effective:

Through the enactment of the Climate Change Act 2008, and the carbon budget it sets out, the UK is attempting to make yet further significant advancements in the fight against climate change, although undoubtedly, we will hear the usual voices talking of ’emergencies’ and ‘a crisis’ no matter what. The carbon budget set out, if stuck to, will undoubtedly help to restrict the amount of greenhouse emissions the UK contributes to the planet, and further could help to stop the temperatures rising too far over 2°C, which is the constantly used figure of climate protesters and campaigners the world over.