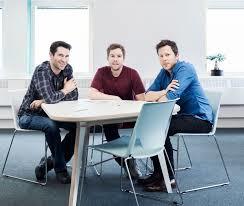 Business: Motorway provides a quick, effective and easy to use platform to help people find the best offers when selling their car.

Motorway is a car selling platform managed by an expert team of engineers, car specialists and skilled entrepreneurs, driven to provide their customers with the best comparison deals on their cars. When using the site, the customer/seller simply has to enter a few of the car’s details (e.g. mileage, car registration number) and Motorway draws up a range of offers from such buyers as specialist dealerships and vehicle recycling companies.

Launched in 2017 by co-founders Tom Leathes, Alex Buttle and Harry Jones, Motorway is striving to reinvent the process of both buying and selling cars online. Their aim is to modernise the car industry through innovative technology and comparison methods.

Although the Motorway comparison site has only been live for just shy of two years, the team have big plans for its growth; already having hit the ground running with securing last years’ impressive £2.75 million in funding from such big investors as LocalGlobe, Alex Chesterman (founder of Zoopla) and Shakil Khan (one of the early investors of Spotify).

Interestingly, Motorway is not the first company the co-founders have developed, the three having worked for over 10 years together. During this time, Leathes, Buttle and Jones created three successful startup businesses, including another comparison sight that became extremely popular throughout the UK, now owned by uSwitch.

The three Motorway co-founders are experienced startup entrepreneurs to say the least, evidence of this only strengthening through the growing success of Motorway.

For more information on Motorway and its co-founders, read TechRound’s startup profile on the team here.