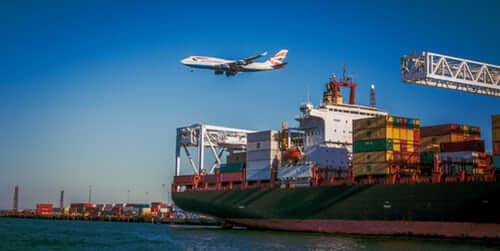 Having been in the news a lot more recently than ever before, ‘free ports’ are becoming something of a buzzword, sitting alongside the likes of ‘Brexit,’ ‘free-trade deal,’ ‘tariff-free access’ and other well-used terminology. With the Brexit transition period ending at 11pm UK time on 31st December, the prospect of more free ports in the UK is becoming more of a reality than ever before. But the burning questions for so many up and down the country are: what is a free port? How do free ports work? And does the UK already have any free ports?

In short, free ports work by providing benefits for businesses involved in importing and re-exporting, with the country’s normal rules for tax and customs not applying to free port zones. This enables imports to come into free ports more easily than other areas of the country, with no tariffs applied, and simpler requirement for customs documentation.

What Happens If Goods Move Out of a Free Port Zone?

Businesses can only benefit from free ports when staying within their designated area. If goods are then moved outside the free port zone to other areas of the country, they must undergo the standard importing process, which includes paying for tariffs. Therefore, free ports are most beneficial for businesses involved in importing, processing goods, and then re-exporting. Also, with potentially huge trade deals already being mooted with the likes of the USA, Australia, India and others, free ports may prove to be a gem in the global free trade crown of the UK.

What Is a Free Port?

Many of us have heard the word before, but what exactly is a free port? A free port is a specific area where importing rules differ from the rest of the country. As previously mentioned, they encourage business involved in importing and re-exporting, benefiting from a lack of trading tariffs and simplified customs documentation.

Free ports can be hubs for industries such as manufacturing, enabling them to produce goods from cheaper imports, and thereby promote cost-efficiency. Interestingly, although only coming to the fore in recent months, many MPs, politicians and commentators have been talking about free ports for quite some time, including current Chancellor of the Exchequer, Rishi Sunak who announced 8 new Free Port locations in his March 2021 Budget speech.

Does the UK Have Any Free Ports?

No, the UK currently does not have free ports, however was previously home to several before the year 2012 (when the country stopped renewing legislation establishing their active use). Below is a list of places where free ports used to be in the UK:

Whilst the UK may not currently hold active free ports, they do have similar zones known as enterprise zones. These zones offer benefits such as government support and tax breaks, made to encourage and promote business more generally rather than free ports that specifically benefit those involved in imports and re-exports.

How Long Have Free Ports Been Around For?

Whilst the news has opened up a relatively new discussion around the topic of free ports, they’ve actually been around for centuries. What is still a mystery is exactly how free ports came to be. From what we know, free ports developed in Italy towards the end of the Renaissance, where competition was rising to attract trade, causing several states to open their ports for foreign merchants. Over time, free ports became areas with policies more liberal than the state they were in usually permitted.

Free ports then spread from Italy to the rest of Europe, and then globally during the 19th and 20th centuries.

Several free ports were operating in Britain as recently as 2012, these including the previously mentioned Southampton, Liverpool, Glasgow Prestwick Airport and Port of Tilbury – all of which were created during the 1980s. There are around 135 countries that hold free trade zones, one US Congressional report in 2013 estimating there to be a near 3,500 of these ports worldwide.

What Is the EU’s Stance on Free Ports?

The EU is said to not encourage free ports on the grounds that they may create unfair competition within the union. However, whilst not encouraged, free ports do exist within the EU. In fact, there are around 80 free ports in the EU. These areas vary in design, some created to encourage certain industries to the area (e.g. manufacturing, bio-sciences).

Whilst free ports still exist within the EU, they must comply with the union’s rules, such as their state aid rules which were made to create and maintain fair competition across all EU members.

Recently, it’s been claimed that Brussels is clamping down on the EU’s free ports, after it became known that their duty status and special tariff has aided along money laundering, organised crime and terrorism.

What Is the Point of a Free Port?

Free ports can offer benefits not only for the businesses within their zones, but also for the economy as a whole. Both free ports and free zones (such as enterprise zones) are built with the intention of stimulating economic activity throughout the areas they are established in.

Free ports can be used to encourage imports, which can further support and promote certain industries, helping them to grow within the country. For example, businesses involved in manufacturing can thrive in these zones, benefiting from cheaper imports and thereby boosting their cost-efficiency and overall productivity.

However, whilst UK industries could well benefit from free ports, some expert bodies in the field have claimed that the benefits of these zones are mixed.

What Are the Concerns Surrounding Free Ports?

Whilst many have begun to ask the question – what is a free port? and further how can a free port help to boost the post-Brexit economy? It’s worth paying attention to the concerns that also surround these areas.

One of the major concerns over the use of free ports is their potential to increase the risk of tax evasion and smuggling if not properly managed.

Last year, the European Commission reported that free ports might be “potentially vulnerable to money laundering or terrorism financing” as the zones offer a less controlled space where valuable items can be bought, stored and smuggled. However, this is not guaranteed to be the case and many argue that the benefits of free ports far outweigh any of the disadvantages or potential pitfalls.

The UK Trade Policy Observatory has stated the following on the matter:

“whilst some form of free zones could help with shaping export-oriented and place-based regional development programmes, policymakers should (i) devise measures that counteract possible diversion of economic activity from elsewhere, and (ii) offer a wider set of incentives than just free zones, while keeping within the WTO and any ‘level playing field’ obligations that arise from our trade agreements.”

With post-Brexit trade negotiations between the UK and the EU very much underway, free ports are being seen as one of the trump-cards of the government when it comes to exerting some pressure on the EU, by further opening up the UK to the rest of the world. With Boris Johnson and the UK keen on a free trade agreement with the EU and the EU keen on ‘regulatory alignment,’ what emerges remains to be seen.

Is the UK Introducing Free Ports Next Year?

Post-Brexit, there are many options for the UK economy, which although already forecast to grow faster than the economy of the Eurozone, and with the UK tech sector outstripping global growth, could unleash further potential through various options including post-Brexit free trade deals and free ports. As part of the UK’s plan to bring investment and growth to the UK post-Brexit, the government have launched an open consultation on establishing new free ports to the country, with many ministers and potentially Prime Minister Boris Johnson all very keen on the prospect of UK free ports.

It is unclear precisely how the UK’s new free ports will affect the country. Whilst ministers are arguing this may help to promote growth throughout a post-Brexit Britain, some critics are sceptical; expressing concerns similar to that of the European commission on money laundering and smuggling through free port’s less controlled zones.

According to a summary on the consultation, set to close on the 20th April 2020, the government state it is:

“working to boost economic activity across the UK, ensuring that towns, cities and regions across the country can begin to benefit from the opportunities of leaving the EU. As part of this work, the government aims to create up to 10 freeports in locations across the UK.”

The consultation description further reads “The government wants to establish freeports, which have different customs rules than the rest of the country, that are innovative hubs, boost global trade, attract inward investment and increase productivity. In doing so, the government wants freeports to generate employment opportunities to the benefit of some of our most deprived communities around the UK.”

The government has also stated it will be announcing the locations for the free ports during this year, aiming for the first zone to be opened in 2021. After the open consultation finishes, areas around the UK will be invited to offer themselves up as potential locations for the new free port zones.