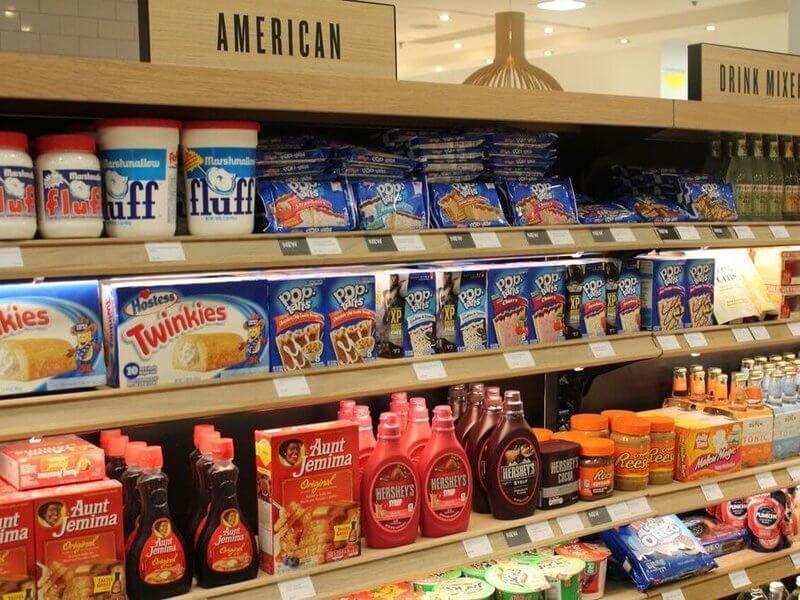 Food standards have become an incredibly hot topic as the 2019 General Election result becomes clear and Boris Johnson’s majority sinks in for his opponents. With Jeremy Corbyn having warned that the Conservatives will drop the UK’s food standards to those of the U.S. Corbyn claimed that these standards would be “slashed’ to US levels where ‘acceptable levels’ of rat hairs in paprika and maggots in orange juice are allowed and they’ll put chlorinated chicken on our supermarket shelves.”

The notion that the USA has poor food standards is in truth inaccurate, with the USA’s Food Standards requiring actions to be taken, rather than for example, those of the European Union, which simply require manufacturers to ‘prove they have done their best.’ Moreover, we already receive and sell American goods (as consumers will see in any supermarket) across the UK, only at increased prices due to the EU tariffs placed on these goods; the premise of a trade deal is the removal of trade tariffs, not the ability to sell.

Claims of low food standards in the USA have also appeared in some news articles in the last few years, claiming that the FDA’s food standards can leave Americans ingesting an average of “one to two pounds of flies, maggots and mites each year”, and that the “FDA limits up to five fly eggs and one maggot per 100 grams” for tomato juice. Importantly in recent months, what does current Labour Leader Sir Keir Starmer believe when it comes to food standards – Jeremy Corbyn was clear, but what about Sir Keir?

When pressed by Sky News’ Kay Burley in 2019 on whether the American food standards would leave Brits ingesting maggots and rat hairs as claimed by the UK Labour Party, Leader of the Opposition, Sir Keir Starmer, initially claimed that USA food standards are ‘inferior’ to those in the UK. When questioned on this however, he was embarrassingly forced to admit that having been to, worked in and travelled across the USA, this is not actually the case. This has done more than just expose lies from the Labour Party; it highlights what was quite clearly an election tactic of scaremongering.

What Are The U.S. Regulations on Harmful Food Products?

The U.S. food standards are monitored by the Food and Drug Administration (FDA). The FDA’s Food Defect Levels Handbook (found here) aims to “establish maximum levels of natural or unavoidable defects in foods for human use that present no health hazards.” And that “These ‘Food Defect Action Levels’ listed in this booklet are set on this premise – that they pose no inherent hazard to health.”

Important to note here is that in scientific terms, ‘contaminants’ do not refer to exclusively harmful substances. For example, in the production of orange juice, excessive water or another harmless juice that enters the production line, would be termed a ‘contaminant,’ as it disrupts the overall production and alters concentrations of the product for consumers. This is very important, as the current Labour Party line peddling the message that food from the USA is contaminated is disingenuous at best if not deceitful.

Tropicana Orange Juice for example, a household favourite, likely drunk by Labour MPs and members aplenty is found in UK supermarkets and under our current food standards, whilst aligned with the EU and it certainly does not contain any rat hairs or maggots.

According to the Food Defect Levels Handbook, the FDA set “action levels because it is economically impractical to grow, harvest or process raw products that are totally free of non-hazardous, naturally occurring, unavoidable defects.”

The handbook also claims that “Products harmful to consumers are subject to regulatory action whether or not they exceed the action levels.” This is contrary to the currently championed EU food standards which admittedly are good, but which fall short here. Whereas American food standards require ‘regulatory action,’ EU standards simply require ‘efforts’ to reduce defects, rather than regulated actions.

Aside from these clearly defined action levels, and the regulatory action that can be taken on products even when these levels are not crossed, the U.S. is ranked in the top 5 for numerous reputable studies on food safety levels, ranking up next to the likes of the UK, Australia, and the Netherlands.

Unanswered questions that are therefore being asked in relation to this are:

The Liberal Democrats and the Green Party have made some unfounded statements and claims, but Labour’s claims on food standards really do take the [uncontaminated] biscuit. Does Sir Keir still believe that US food standards are so bad, now he is Labour Leader and apparently ‘not that pro-Remain’ anymore?

Which Countries Have the Highest Food Standards?

Various studies have been conducted into ranking the food standards of different countries, taking into account not only safety, but also quality, affordability and availability. A study conducted by the Global Food Security Index (GFSI) found the following 10 counties to have the top overall scores for affordability, availability and quality and safety:

The study sets out to evaluate the “three core pillars of food security” throughout 113 different countries, these three pillars being the previously mentioned affordability, availability and quality and safety.

From these results, the United States scored 99.4/100 for food safety, 100/100 for presence of food safety net programmes, and 100/100 for nutritional standards. The US also shares joint third place in the studies’ rankings with the UK.

Whilst they share the same overall score, the UK scored 100/100 for food safety, 100/100 for presence of food safety net programmes, and 100/100 for nutritional standards. Hence, the UK and the USA both have some of the highest food standards anywhere in the world.

Ireland was another country ranked in the top 10 for food security, coming in 2nd out of 113 countries evaluated. Ireland scored 99.2/100 for food safety, 100/100 for presence of food safety net programmes, and 100/100 for nutritional standards.

Whilst these are the results of only one study, these countries also rank highly in other pieces of research on food safety.

A study conducted by the Conference Board of Canada (another country likely to be have a trade deal with the UK after Brexit) titled World Ranking: Food Safety Performance included Ireland (2nd place), France (3rd place), the UK (4th place) and the United States (5th place). This particular study focused on three major areas, these being:

Whilst the list of fears surrounding Brexit are now extending to declines in the country’s food safety regulations, numerous objective studies have shown that the US, and other countries, hold similar standards when it comes to their food safety and security to those of the UK, who are one of the global trend setters and leaders in safety, hygiene and food standards.

All in all, the food standards of the USA and Australia amongst others, are very much on par than those of the UK…