Do The Liberal Democrats Have a Digital Manifesto? 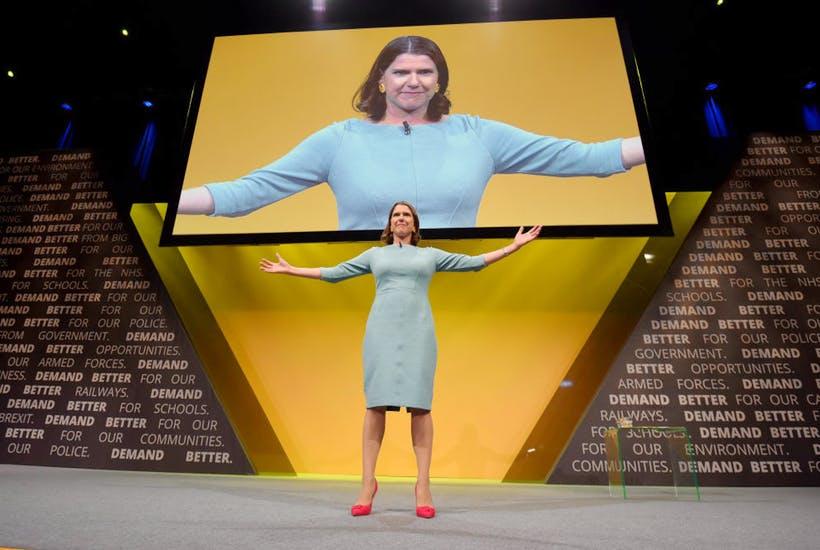 The Liberal Democrats have in recent years been on a very bumpy and turbulent journey. They were the popular, up and coming party in UK politics who promised to eliminate tuition fees in the UK, but then trebled them, destroying their prospects at the poll. Then, they were the party who told us all that the result of the 2016 Brexit Referendum ‘must be respected at all costs,’ but who now want to stop and reverse Brexit.

Wading through the political spin and looking deeper into their party’s policies and manifesto, they do unbelievably, have domestic policies that stretch beyond Brexit and the European Union, suggesting that they may well one day, at least have the intention of become a party with more than one issue to pursue for a popular (arguably extremist) vote; UKIP take note.

With all things digital and tech being one of the many areas in which the UK economy thrives, ironically along with the UK’s huge climate change advances and carbon emission reductions, all of the main political parties have at least some form of specific, digital policies in their manifestos, which are designed to propel the parties in question into the 21st Century (apart from the digital manifesto of the Green Party), taking advantage of and utilising the internet and digital worlds we all inhabit on a daily basis. With the Liberal Democrats being almost entirely Brexit focused for the foreseeable future, they may well have missed out some useful details in their digital policies and other policies which are proven successes, like openly and clearly promoting new businesses’ success online, are omitted almost altogether.

What Are the Liberal Democrats’ Digital Policies?

Whilst the Labour Party are proposing quite draconian, Marxist policies and digital acts and the Conservatives to their best to promote a free market, Capitalist online world, the Liberal Democrats have what can be described as a mixed bag of digital plans and policies.

Policies range from half-decent policies like increasing patient access to GPs online to some interestingly ‘Labour-lite’ policies such as addressing what they call ‘concentrations of power’ in the digital world (probably just successful media outlets that aren’t ‘woke’ enough.)

This is one of the better digital policies of the political parties in the UK. With GPs frequently backed up with appointments leading to many people not able to see their GP, this policy is arguably a long time coming. Part of the wonder of the internet and all it can deliver is that otherwise time-consuming and intensive tasks can be made more efficient and can be streamlined in a big way.

For example, rather than having to go to your doctor for a repeat prescription, or something routine, like a recurring problem, being able to speak to your GP online will save you from having to make the journey. Furthermore, when it comes to some aspects of mental health and the GPs role there, it may be more comfortable for a patient to be at home or elsewhere and be able to speak to their GP uninterrupted.

“Establish a new online Family University, supported by leading organisations such as the BBC and Open University, to provide every family with advice and guidance for learning and parenting at home, as well as inspiring trips out and local opportunities.”

This policy does have a whiff of ‘Nanny State’ about it and although support is usually welcomed, ‘providing every family with advice’ does sound rather imposing. When it comes to parenting and the learning of children in the home and from their parents or guardians, there are few better methods than that which has worked for thousands of years: letting parents actually parent their children.

Also, the BBC are certainly not a beacon for parenting and the kind of impartial, unreserved love that can only be offered by a parent or guardian; it shouldn’t be down to the UK media to do the job of parents. Part of what makes a good parent is what they do for children at home and what is done in a natural way. Promoting field trips as this policy suggests may not be quite the best idea.

“We will initiate a spending review after the general election focusing on delivering efficiency, funding proven spend-to-save initiatives, pursuing local and community integration to drive efficiency, and investing in technology to get public services and front-line staff online.”

A Digital Bill of Rights: “Introduce a digital bill of rights that protects people’s powers over their own information, supports individuals over large corporations, and preserves the neutrality of the internet.”

Ironically here, Nick Clegg, the former leader of the party, now works for Facebook, arguably the biggest handler of personal data in the world and the Liberal Democrats more widely, are using very intimate and detailed personal data, even sending out surveys to voters requesting more information. Even peoples’ names aren’t safe from their data assessments as the Liberal Democrats aim to place all but every voter somewhere on the ‘voting spectrum.’ But would they be subject to their own data control laws?

A Full Assessment of UK Media Plurality: “Order Ofcom to launch an immediate full assessment of media plurality in the UK, including a review of the ‘fit and proper persons test’ and whether the communications regulator, and the Competition and Markets Authority, have appropriate powers to deal with concentrations of power in the digital economy.”

This set of policies are fairly vague in their detail, but potentially worrying in their nature. The Digital Bill of Rights does sound somewhat similar to Labour’s policy of allowing people to effectively whitewash what is out there online about them, and this is not something that promotes a free and fair internet. We know that the Liberal Democrats hate every form of leaving the EU and don’t even wish to entertain the idea of a successful Brexit, but it looks as if they also have an issue with the UK’s media.

With regards to UK Media Plurality, this sounds a little like the Lib Dems wanting to pick a fight with some of the most respected and successful media outlets out there. With focus on ‘concentrations of power in the digital economy’ sounds rather like the gist of many of Labour’s outdated and Communist-esque policies; crushing the rich and successful and creating a malleable internet, where they are able to mould news and views according to state standards, rather than promoting a free and fair as well as open press, representing a broad spectrum of views.

“Aim to double the number of businesses which hire apprentices, including by extending apprenticeships to new sectors of our economy such as creative and digital industries.” And related to this – “Commit to build digital skills in the UK and retain coding on the national curriculum in England.”

This policy has potential, with apprenticeships being a very worthy and valuable alternative to university education which arguably is not promoted and undertaken enough nowadays. Furthermore, coding is a skill which is increasingly growing in its importance and demand, so being on the national curriculum will certainly do no harm

What’s Next For Digital Events and Conferences?