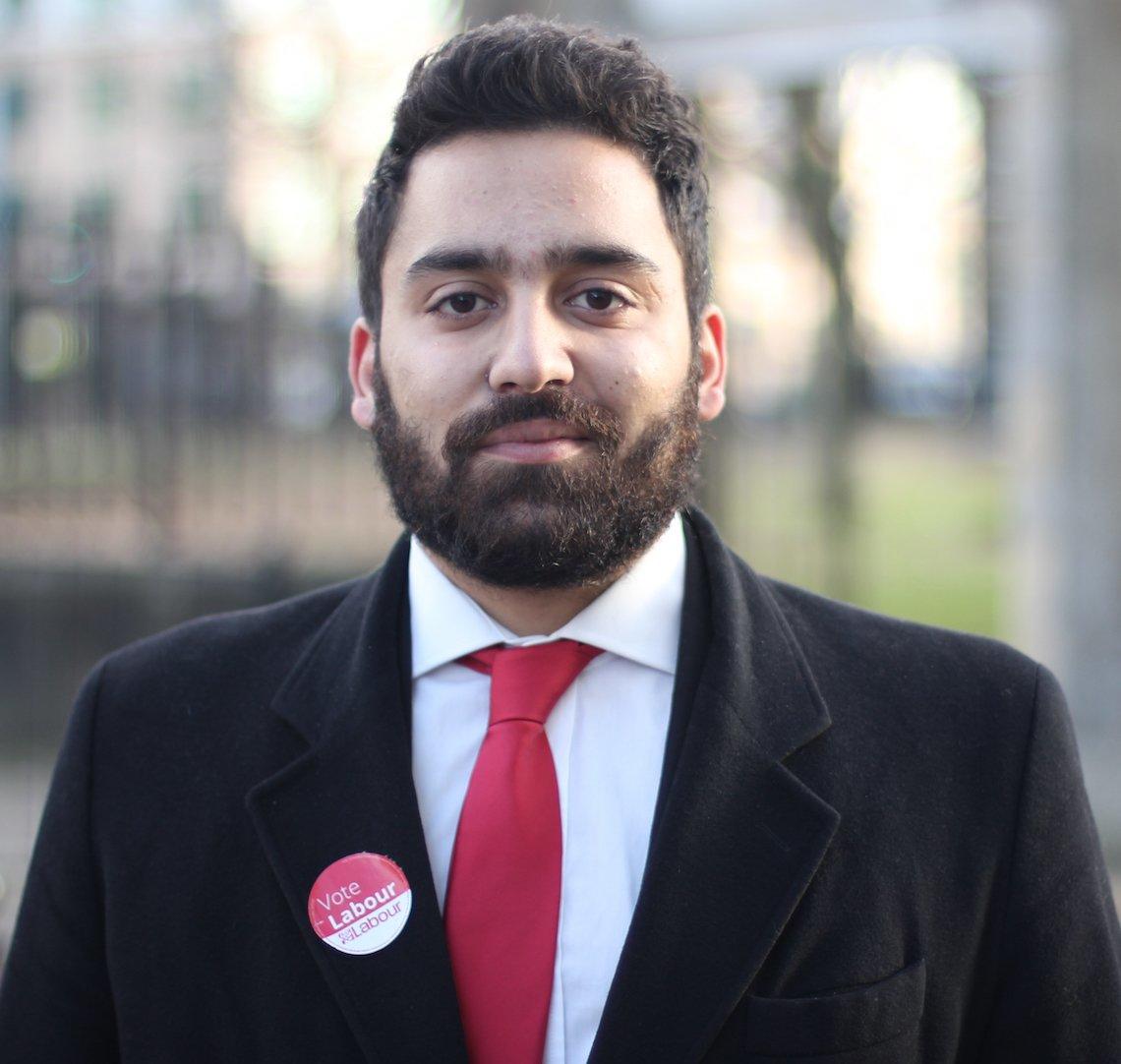 In recent years, all political parties, as part of their manifesto, have needed to possess and promote a digital manifesto, detailing and laying out their plans for all things digital and media related and pertinent to internet businesses and outlets. The UK’s political parties focus on many areas you may expect: online business and shopping, digital safety, data controls and other areas of digital behaviour and best practice as you would expect.

Unsurprisingly, each party’s digital manifesto is very much reflective of wider party policy, with the Labour and Green Parties’ digital policies seemingly designed to stifle growth, removing the power of UK technology and startup companies to truly innovate and legislating to impose tight conditions and controls on digital markets, whilst the Conservative manifesto makes moves to promote open and free-market economics online.

What Do the Labour Party’s Key Digital Policies Mean?

True to form, the Labour Party’s digital policies involve a lot of imposing and forcing companies to change much of their very essence and again, imposing ‘representatives,’ ‘nominees’ and true to their current Marxist, socialist dogma, [supposedly] ‘people’ powered assemblies and representatives, although, it seems that the Labour Party will have a large say in who should be the representative(s), ironically removing all sense of actual and accurate representation.

For example, they have policy specifically designed to ensure music producers see the fruits of their labour which sounds innocent enough. However, in truth, this involves forcing larger companies out of the UK market, further squeezing wealth out of the UK. When it comes to ‘online balloting,’ worryingly for any business owner and indeed the economy as a whole, the Labour Party’s manifesto, unsurprisingly promotes, encourages and actively facilitates pushing for easy to implement industrial action.

“We all need to work harder to keep children safe online. Labour will ensure that tech companies are obliged to take measures that further protect children and tackle online abuse. We will ensure that young people understand and are able to easily remove any content they shared on the internet before they turned 18.”

This is another initially seemingly innocent policy, allowing people as they get older to remove embarrassing images and content from online. However, the question that must be asked is, surely this policy could then be used by potential councillors, MPs and others before making their intentions to run for public office, public knowledge and a worry here is that by censoring what appears online, true and fair public scrutiny is avoided.

For example, in the case of Labour’s Uxbridge and South Ruislip candidate Ali Milani, who in past years has tweeted and engaged in anti-Semitic tropes and language, would he have been able to force Twitter to remove his anti-Semitic comments, effectively stifling press reporting on this important topic? 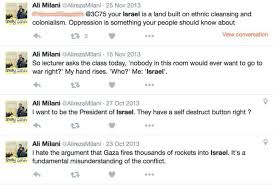 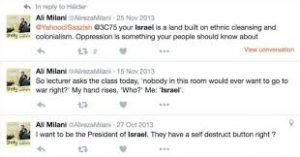 Would Ali Milani have been able to hide past anti-Semitic tweets from the public?

Labour’s Councillor in Salford, Mike Pevitt would likely be conveniently able to remove his ‘questionable’ activities from the online space too under the proposed Labour Party policy… 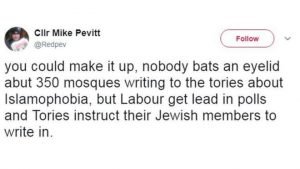 This is yet another Labour Party policy where large tech and online companies and innovators such as Twitter, Facebook and the rest, who are heavily invested in the UK’s economy, will be stifled and forced ‘by the people’ to change their content, inevitably forcing them to leave the UK behind. Along with Labour’s proposed press reforms, this should worry anyone keen on the UK keeping its globally acclaimed free and open press, as individuals would have the power to change the entire online space and what is known about one another, a very worrying prospect. The Liberal Democrats however, also have a potentially worrying Digital Bill of Rights, so Labour are not alone here.

“Labour is committed to growing the digital economy and ensuring that trade agreements do not impede cross-border data flows, whilst maintaining strong data protection rules to protect personal privacy.”

“We recognise the serious concern about the ‘value gap’ between producers of creative content and the digital services that profit from its use, and we will work with all sides to review the way that innovators and artists are rewarded for their work in the digital age.”

Labour’s obsession with appointing more and more ‘representatives’ of industries, groups of people and trade bodies continues true to form, with there likely to be very little representation of the true industry.

For example, whenever Momentum and the Labour Party are keen to try and sweep any accusations of anti-Semitism in the party aside, they ignore the well-establish Jewish Labour Movement (JLM) and their legitimate questions and concerns, deriding and denigrating them as ‘Blairites’ and ‘Zionists’ and instead turn to their self-manufactured, Jon Lansman supported, Momentum supporting, Hamas loving ‘Jewish Voice for Labour’ (JVL), which speaks for no more than a tiny fringe of the Jewish community in the Labour Party rather than the wider Jewish party members and community at large.

Ironically, these policies will push many, if not most of the digital and tech innovators of the UK out of the market and in some cases, out of the country altogether. Labour’s Digital Manifesto will certainly allay the fears of those ‘fearing’ of a free market, Singapore Brexit for the UK, with Labour policies very much archaic, rather than being forward looking.

Part of the problem with Labour’s ‘digital manifesto’ is that they have missed the true focus of tech; innovation and encouraging natural, organic growth in one of the UK’s global, leading sectors. By over-regulating and promoting industrial action over innovation, the economy would not just slow, but move backwards.

How to Avoid Cybercrimes in the UK